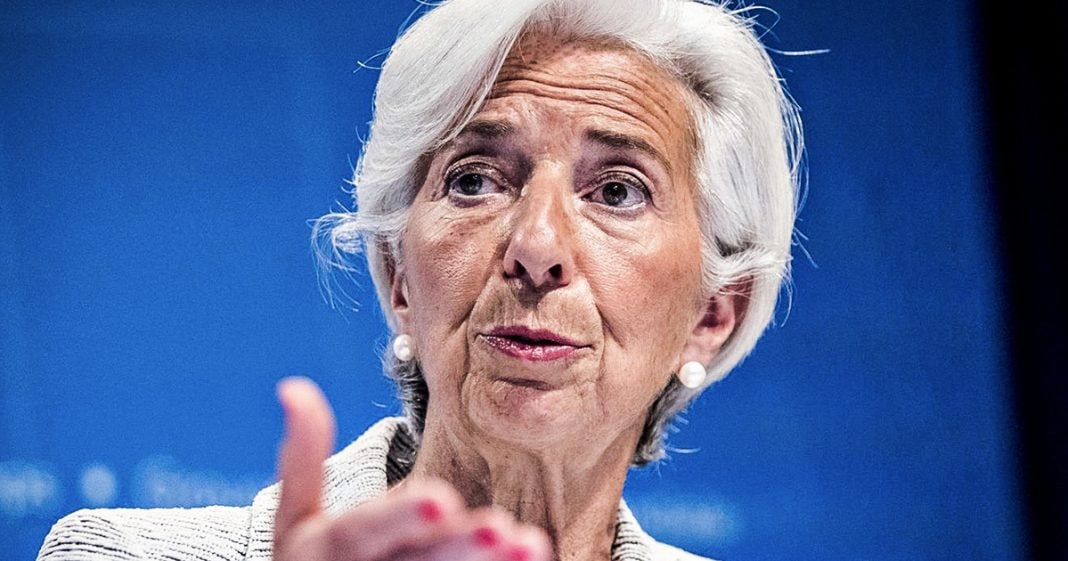 Experts with the International Monetary Fund have issued a dire warning that the world could be headed towards a global recession as economic activity begins to decrease. They place a decent amount of blame on both Donald Trump’s trade policies and tariffs, along with the decrease in economic activity that has come along with the government shutdown. Ring of Fire’s Farron Cousins explains what’s happening.

The International Monetary Fund is kind of sounding the alarm bells right now because they have had to, once again adjust their economic growth forecasts downward because they see the global economy shrinking and retracting right now and they’ve laid out several issues where they, that they say these are partly responsible, you know, some part for each of them for this global economic slowdown, and two are the things that they have pinpointed are one, obviously the government shut down here in the United States having huge economic consequences for us, which then spreads throughout the globe, but the second and probably more important than just the shutdown are donald Trump’s trade wars, his trade war, specifically. Those with China are creating a global tension right now according to the IMF that is causing a retraction in economic activity, not just in the US, not just in China, but all over the world. You know, something as seemingly simple as Trump.

Putting tariffs on Chinese goods has impacts all around the globe and they’re not good impacts, right? This isn’t helping anybody. It’s not helping us here in the US because we’re the ones who those costs are passed along to and we ended up having to pay it. Why? Because there are plenty of goods that come from China that were either unable to produce in the United States at least in the mass quantities that we need to purchase them or to. We simply don’t have the operations here that are producing those, so even when he slaps them with tariffs and then they pass those prices onto us in the form of price increases to make up for it, we still have to pay them so we lose even more money. I never doubt that the citizens of the United States are the ones who are paying for this trade war. Couple that with the government shutdown in the reduced spending power of 800,000 people and the businesses who depended upon them and the ripple effects continue.

China right now is experiencing their own economic slow down. That is not completely related to the trade wars. Part of it is, but a lot of it just has to do with the fact that their economy right now is shrinking. Also have to factor in what’s happening with brexit right now. The will they won’t they, their governments in shambles as well kind of situation and overall we’re creating an economy across the globe that is poised for economic collapse or at the very least, that is what the experts, the people who do this for living, are trying to warn us about the horrid policies in the UK. The shrinking Chinese economy and the horrendous policies coming from Donald Trump himself are having global impacts that are going to affect each and every citizen of planet earth.