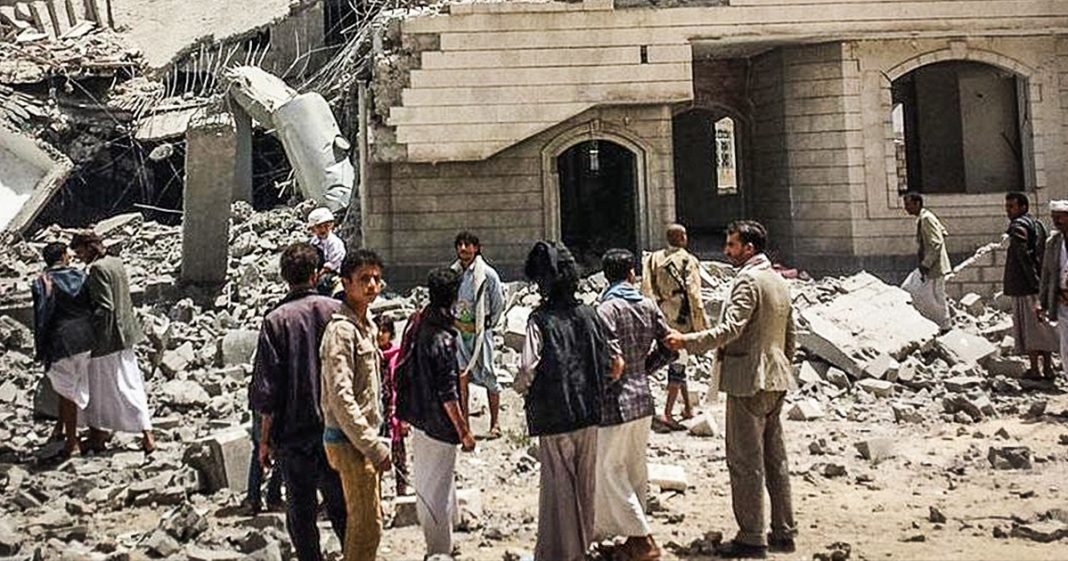 According to newly released documents obtained via a Freedom of Information Act request, the Pentagon provided military training for soldiers from the United Arab Emirates to prepare them to fight in Yemen. This is the exact opposite of what the Pentagon had claimed publicly, saying that they provided no material assistance, but their own documents have exposed the truth. Ring of Fire’s Farron Cousins discusses this.

For quite some time now, the official line from the Pentagon is that the United States is in no way involved with what is happening right now in Yemen, at least not militarily. You know, we were selling weapons to Saudi Arabia that they’re using to kill civilians. But other than that, totally not involved. Our military is not over there. We’re not helping people. We’re not taking a side. We’re just, you know, selling some weapons here and there. Well, according to new documents obtained via a Freedom of Information Act request, uh, the United States is actually very much involved in the fighting in Yemen and not in a good way. Here is what these documents have uncovered that the United States military has been doing to help the people launching these attacks on Yemen. Uh, we have escorted six UAE F-16s to red flag. Red Flag, excuse me. Uh, we have assisted 150 airmen in challenging exercises to prepare for combat ops.

So we’re actively training United Arab Emirates, a military personnel to go over there and kill people in Yemen. I’m a unit fighter personnel. Have advanced the UAE’s F-16 fighter pilot training program. Three pilots, flew 243 instructor, uh, sorties 323 hours. They created four new instructors and 29 combat wing men who immediately deployed for combat operations in Yemen. So the Pentagon has been lying to us. The administration has been lying to us. We are actively involved in the slaughter of innocent people in Yemen. This should be a bigger story. This should be something that everyone is out there talking about right now because our government is lying to us about what we’re actually doing. We’re selling the bombs, which we’ve known about and we know that Saudi Arabia is using those bombs and missiles to specifically target civilians in some cases specifically targeting children and murdering them. Eighty 5,000 children so far in Yemen have died and that’s just from famine brought on by Saudi Arabia and the attacks on them.

So 85,000 children have just starved to death and we have the audacity as a country to sit back and say, hey, we’re not taking a side. We’re not doing anything right. We’ll know we’re training these UAE soldiers and as soon as we finished training, they’re immediately going into that country and slaughtering people. The United States is in no way innocent in this manner. We have no way remain neutral. We are actively involved with this civil war, this attack on Yemen. Actually, it’s not really a civil war at this point because everybody else is going in there and dropping bombs and killing people too. In the United States, as always, is not only lying about it, but we’re right there with them.