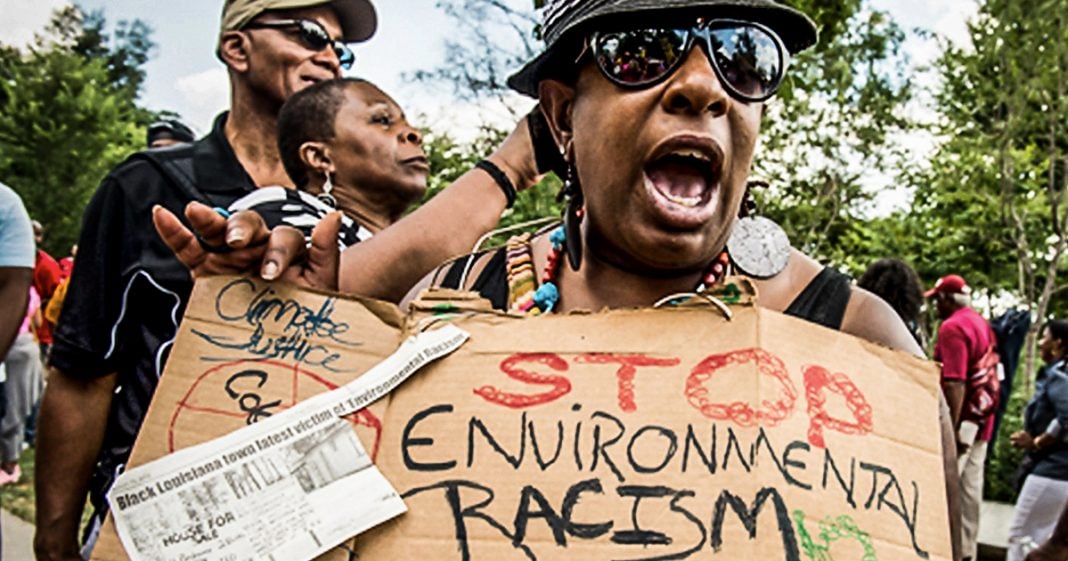 All across the United States, communities made up of predominantly non-white citizens are being designated as “industrial,” a simple bureaucratic move that allows corporations to dump their toxic waste in these areas. Residents are claiming that they are the victims of “environmental racism,” and they are 100% correct. This actions are intentional, not coincidental, as Ring of Fire’s Farron Cousins explains.

Today we reflect upon the legacy and life of Dr Martin Luther King Jr, and what we have to realize when we look back at at his accomplishments, how he furthered civil rights in this country was the pioneer that really lead a new generation here. What we have to understand is that racism, unfortunately in the United States today is still alive and well and I’m not just talking about the racism that we see every day. We see it coming out of the administration. We see it coming out of his followers. We see it in our day to day lives when I’m talking about is the racism that nobody is really talking about right now, and this is one that affects the lives and livelihoods of countless people of color here in the United States and that is environmental racism. Recently a new report came out showing that St James Parish in Louisiana is absolutely one of the worst cases of environmental racism here in the United States today.

Population 221,000, roughly 85 percent of that non white residents and recently what they’ve done is they have designated this area where nearly a quarter of a million people live as an industrial site, and what that means is that this area that’s already known as cancer alley, because of the amount of petrochemicals that get dumped into the, uh, environment in that area, they want more. They want to dump more corporate toxins into this area that is predominantly African American. Stories like this play themselves out every single year here in the United States. It is true that industrial pollution effects people of color in the United States to a greater degree than it affects average white citizens. That is a fact. We have corporations aided and embedded by state and local governments and even the federal government who specifically target communities of color to become their new dumping grounds. We are sentencing people in this country to an early death just because of where they live.

That’s been the emo of corporate America for decades now. They don’t want to dump their toxic chemicals in wealthy neighborhoods. They don’t want to dump them in white neighborhoods if they can avoid it, but they will if they have to, so they specifically target out poor communities of color and that’s what’s happening down in St James Parish and countless areas all over this country today and that is what we call environmental racism. They figured these people either are too poor to uneducated to know what’s actually happening. They know that these people won’t necessarily fight back and because they’re targeting a community that seems to be forgotten. There’s not gonna be any lawyer swooping in to save the day for these people, but that’s where they’re wrong because it happens every time and unfortunately without the government stepping in. In fact, as I mentioned, the government is torn making this worse.

It’s up to the trial lawyers. It’s up to the people who are willing to go out there and fight back against these corporations. It’s up to the leaders in the community to speak out against it, which is exactly what is happening in St James Parish right now. These people are showing up at town halls. They’re showing up at meetings of the powerful demanding answers as to why their city, their parish has become the new dumping grounds for corporate America, and in that regard, the spirit of Dr Martin Luther King Jr does live on. He is inspired us and he is inspiring those people who are still the victims of this disgusting form of racism to continue to fight back, to never sit there and just accept that they have become the Guinea pigs for corporate America’s toxins. They’re fighting back and we have to join them in this fight or else we are complicit in what’s happening to these communities.