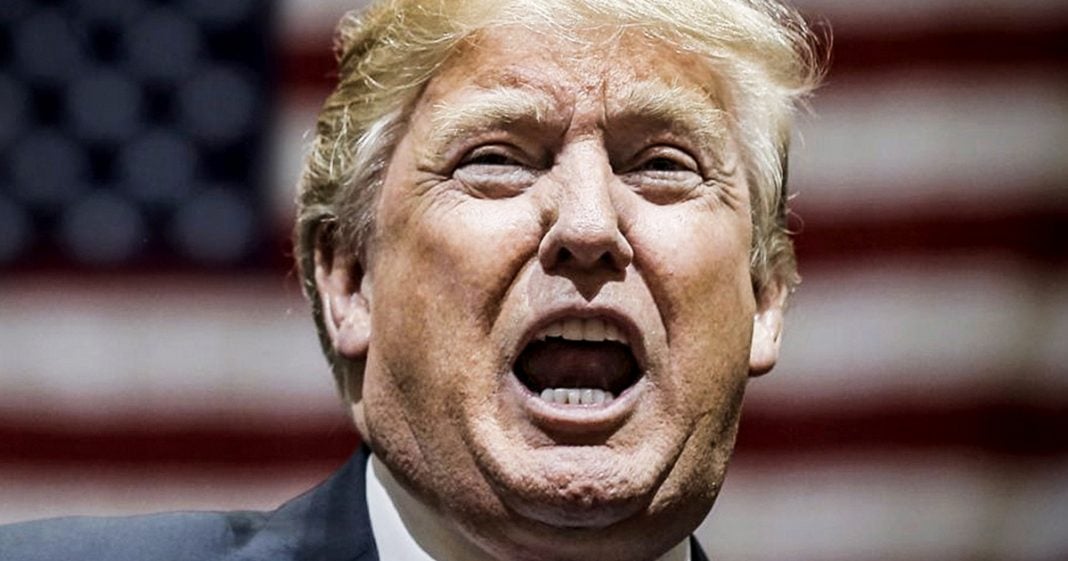 The total cost in lost revenue and bailouts from Trump’s trade wars has now topped $13 billion, and this hasn’t even been going on for a full year yet. Conditions are continuing to deteriorate for Americans, and Trump doesn’t appear to have any real way to get us out of his trade wars. Ring of Fire’s Farron Cousins discusses the situation.

In a not at all surprising new report from Bloomberg, we found out that the total cost so far of Donald Trump’s trade war for the United States economy has been $13,000,000,000. That’s $13, billion dollars that American consumers have lost because of Donald Trump’s trade wars and the tariffs that he is imposing on goods from other countries. $13,000,000,000 since last. What did he enact? These terrorists and may I think so since last May. Thirteen dollars. Billion dollars lost. That is $13, billion dollars that American consumers could have literally spent on anything else. They could have invested it. They could have bought an additional product, you know, helps spark a little bit of economic activity. Instead of paying an extra five or $10 for one thing, they could have spent that five or $10 on a second thing. I know that seems crazy and it seems a little too simple, but that is how the economy works.

The more you spend on one good, the less you have to spend on a second or third good. That is basic economics. One hundred one right there folks, but somebody never took that course and I am assuming that, that somebody happens to be sitting in the White House right now unless he’s out playing golf. But here’s the thing, trump is tanking our economy. Trump has intentionally and repeatedly sabotaged economic growth and economic development here in the United States since becoming the president. And these trade wars are about the worst economic sabotage that we have seen coming from this administration. We know now as a public and we, most of us knew at the time the Republican tax cuts, they’re not benefiting us. You know, you’ve got millionaires and billionaires saving millions of dollars every year. The rest of us lucky to get 50 to 100 bucks a month off these tax cuts that just went into effect for the bottom tax brackets starting at the start of this year.

Um, that’s not much. It helps a little, but it’s not enough to spur on economic growth. And more importantly, that trickled down, you told us was going to happen, didn’t happen. So we got screwed out of a decent tax cut and now we’re getting screwed out of more money because of the duties that we now have to pay on these foreign goods coming in because of Donald Trump’s tariffs. That’s what’s happening in the United States today. Donald trump has not made a single economic decision that has benefited American consumers. Not One. He hasn’t even made a lot of economic decisions that have even benefited the wealthy elite other than the tax cut. We’re all kind of suffering from this because believe it or not, even the wealthy or having to pay more they can it. They don’t notice the money’s gone, but we do. We’re the ones who are suffering from this.

And the worst part is much like George W dot Bush with Iraq. Uh, Donald Trump has no exit strategy for his trade war. There are no actual talks going on between him in China. They have said this, so no matter what he tweets that all talks are going good. We’re going to figure this out. No, you’re not. No, you’re not. You got to send to a situation. You backed yourself into it, you don’t know how to get out of it, and we’re the ones who are quite literally paying the price for it and that price just so happens to be $13,000,000,000 in the span of eight short months.