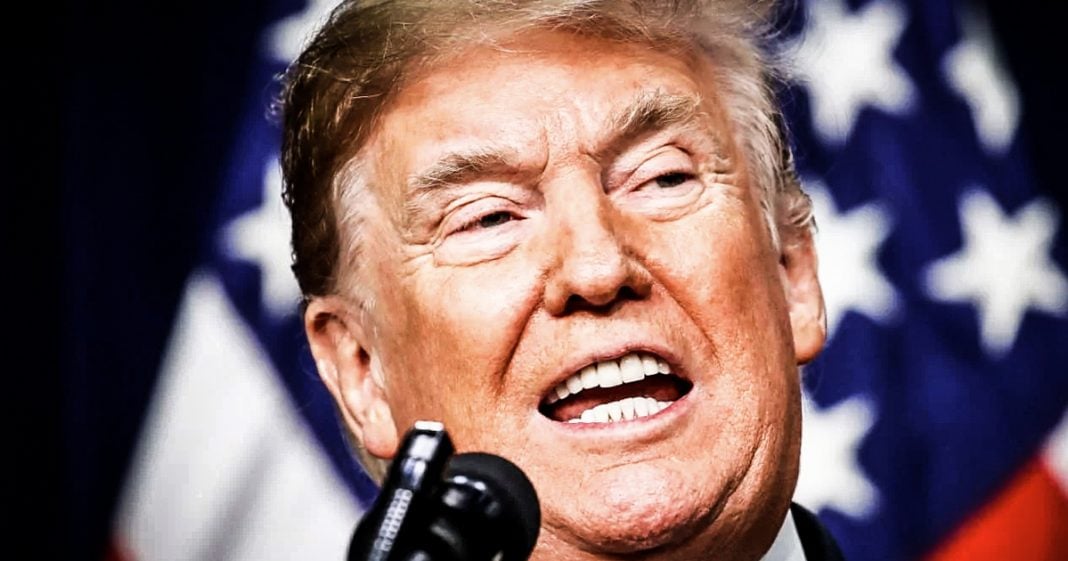 Hypocrisy Alert! Donald Trump’s businesses applied for more foreign worker visas in 2018 than at any point in the last decade, showing that Trump really doesn’t have a problem with immigrants, as long as they are willing to work for slave wages. This may come as a shock to people like Ann Coulter, but Trump is completely dependent on foreign labor, as are many businesses in the US, and building a wall could bring some sectors of our economy to a screeching halt. Ring of Fire’s Farron Cousins explains.

We all know that Donald Trump hates immigrants. I mean, he tells us that on nearly a daily basis, right? We got to build the wall. We got to keep these people out because every single person coming over that southern border either wants to rape you or kill you or rape you, then kill you or steal everything you have, steal your job, steal your house, steal your wife. Maybe I don’t know, but they’re just all horrible people, except of course for the 190 to migrant workers that were employed in 2018 at Trump owned properties. According to a new report, the Trump organization, a requested and received 192 visas for foreign workers in 2018. This is according to a new report posted on talking points memo. You can find the link to it in the description of this video, but this is fascinating because this is actually more foreign workers that the Trump organization hired in 2018 than they had in at least a decade if not longer.

So at the same time, Donald Trump was going out there. He was doing his rallies. He was calling in interviews to Fox News. He was telling us repeatedly on twitter that we had to do something to keep immigrants out of the United States. They’re awful. They’re dirty, they’re deadly. Got To get them out and at the same time he’s doing that. His own company with his knowledge, was requesting more foreign workers. No Americans want to work here. So let’s bring in the cheap labor, the people that they pay somewhere between 10 and $15 per hour. And then once the season’s over, we get to ship them back out of this country again. That’s donald Trump’s goal for immigration. And it’s the same goal that many corporations and businesses in the United States have. We have seen repeatedly over the last year or so with Donald Trump reducing the number of these visas that he uses to staff his businesses, but he’s reduced them for everybody else even while he’s increasing them.

Uh, we’ve seen landscaping businesses give interview saying, I may have to close my doors. I may have to shut down because I can’t bring in the workers that I need. Other businesses. Farms in the United States are a massive one saying we have crops left out in the field just to rot because we don’t have the staff anymore to go out there and do it in time to pick them, to clean them, to get them to market. That’s what’s happening. Immigrants are vital to the United States economy and yet we’re trying to shut them out because Donald Trump wants to make Ann Coulter happy. That’s what this is about, but people like Ann Coulter and the hard alt right need to understand that Donald Trump doesn’t mean a word he says about immigrants hasn’t from day one. He loves immigrants. He loves packing his businesses with cheap migrant labor that he can take advantage of anytime he feels like.

We already saw reports a couple of weeks ago about what they were doing up at his golf club, Bedminster, New Jersey. They were falsifying documents to be able to hire illegal immigrants here in the United States. They’re not the only ones that have done this. Corporations have been taken advantage of immigrant labor for decades now, but he’s out there telling us we need a wall. We need to protect ourselves from these people because he understands that that is what sells. That is what gets his base energized, and that is what keeps Ann Coulter off his back. So he’s going to continue to go out there and use words to push is horribly racist project, but in reality, he has no intention and never had any intention of keeping immigrants out of this country because he understands that his business and countless others are 100 percent dependent on immigrants.