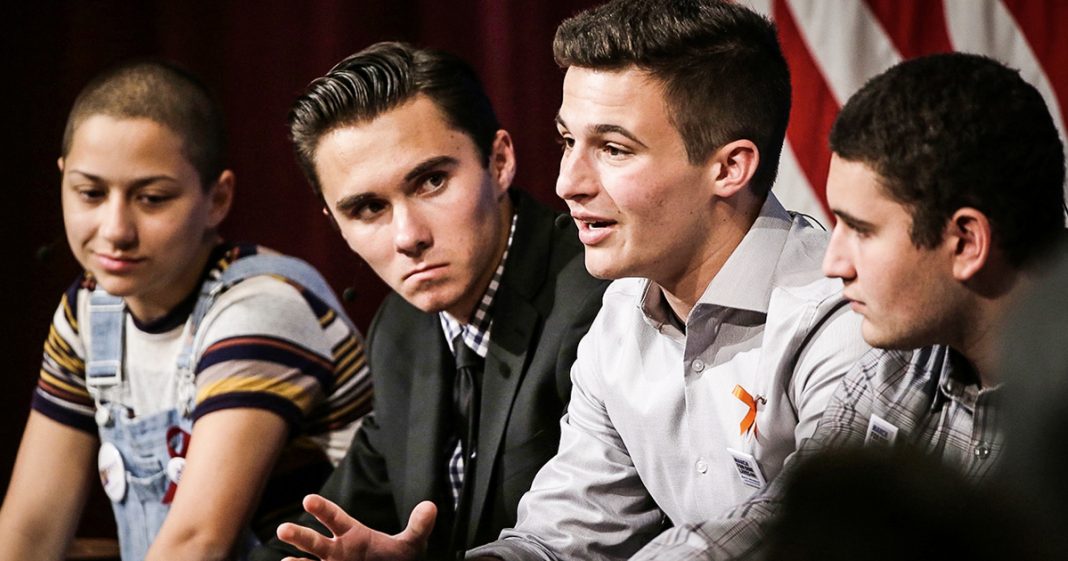 The Republican Party has a very serious age and diversity problem. According to the latest round of polling, the youngest generation of voters, Generation Z, aren’t exactly fawning over Republican policies, and they believe that government should be used as a tool for good, not shrunken down to the point of being ineffective. Ring of Fire’s Farron Cousins explains what this new data means for the future of the Republican Party.

According to new surveys by the Pew Research Group, uh, we might actually be just a generation or so away from some really good government here in the United States, and here is why the two youngest generations right now, you’ve got the millennials and what they’re calling generation Z. They happen to lean to the left on nearly every issue out there. Even the ones who call themselves Republicans, and there’s lots of different reasons for this, but the biggest thing that this a pew research center survey found is that these two generations view the government as a tool for good. Whereas the entire Republican party says, we need to shrink government, as Grover Norquist said to the point where it’s so small, you can drown it in a bathtub. The younger generations disagree. The younger generations want the government to do its job. The younger generations think that it is the government’s responsibility to address the issue of climate change and try to protect this country.

The younger generations overwhelmingly want debt free college, $15 minimum wage, medicare for all. Even the ones who identify as Republicans. They want the government to come in with solutions instead of just being a blind bureaucracy that occasionally passes bills that don’t really do anything, you know, just procedural, blah, blah, blah, blah, blah. They don’t care about that crap. They want answers. They want solutions than they want our elected officials to be the ones to do that. Again, even among the ones who call themselves Republicans, but there is a bigger issue with these two younger generations that the older generations don’t have and it’s a positive for the youngers. It’s because they’re more racially and ethnically diverse than the older generations and in fact every generation is more diverse than the one that came before it. So generation Z is actually more diverse, has more viewpoints and opinions, you know, backgrounds than even the millennials who are already very diverse.

They were the most diverse and now generation Z is so they’re less likely to hold the same prejudices that say the baby boomers are. They don’t view people as inferior based on their race or their religion or their sexual orientation or their gender identity. They are accepting on a much larger scale of what the baby boomers like to call the others. They get it, they understand, they live through it. They live in a more diverse world and they’re ready for their more diverse world to take over from these aging old white guys who continue to do nothing in Washington DC, especially. Nothing that’s going to help anybody but they’re old white guy donors. These kids, these young Americans, they want something better and it just a generation or so, hopefully they’re going to be the ones who give us something better.