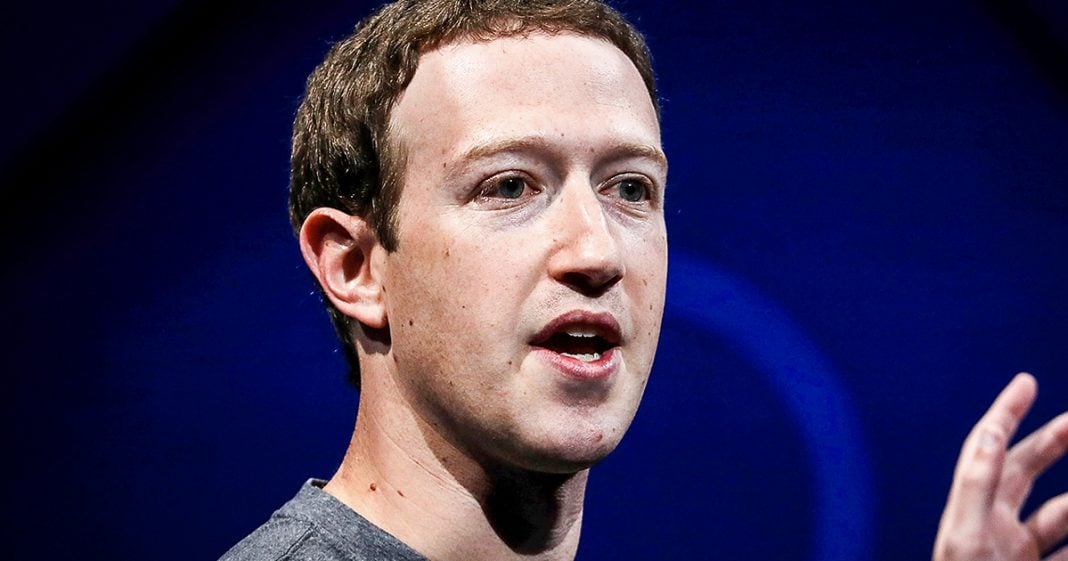 Facebook Inc. has announced a plan to spend $300 million on “helping” local news stations bolster their newsrooms with new staffers and journalists, allegedly in an attempt to make amends for helping to spread fake news. What’s really happening is that the company has gotten so much bad press that they are doing what other corporations have been doing for years – buy the news channels and stop the coverage before it begins. Ring of Fire’s Farron Cousins discusses this.

I came across a story this week that actually confused me, not because I didn’t understand the subject matter, but because I didn’t understand why it was written in the manner in which it was written, and this is a story from a news organization that I respect Reuters. Here’s what the first two paragraphs to this story set. Facebook will invest 300 million over three years in local news globally as it faces blistering criticism over its role in the erosion of the news business worldwide. The investment in time and money is a significant expansion of a plan to help newsrooms in the US and abroad create and sustain viable business models to survive according to the company will look at that Facebook after all of the horrible, disgusting and illegal things they’ve done. They want to make it up to us and they’re doing the best they can and they’re going to give $300, million to local news outlets just to help them out and you hire some staffers and get some more journalists and bring integrity back to journalism.

Right? That’s what confused me is why in the hell would Reuters right that garbage to start this article. This is not about Facebook trying to do what’s right. This is about Facebook taking the sinclair model and buying up local news channels here in the United States because Facebook has been paying attention to what’s happened with every other corporation in this country that has somebody sitting on the board of a major news organization or has just outright purchased a newspaper or news channel and that is once the corporation comes in and buys it up, that outlet stops talking shit about him, stops covering all of the illegal activities that they do, and Facebook wants a piece of it. This is not a goodwill gesture by Facebook. This is not Facebook saying we’re going to make it right and we’re fighting fake news right down at the source. No, this is Facebook coming in and saying, look, we just gave your little local station $5,000,000.

You’re not going to run the story about how we sold private messages from our users to corporations to help sell them products. You’re not going to cover the story of how, oops, we just leaked tens of millions of people’s private data to everybody who is able to access it. You’re not going to talk about that because we just gave you a lot of money. That’s what’s happening here and that’s why I’m disappointed with how Reuters framed this story at the very beginning. Facebook is not out there looking out for us. They’re not trying to make amends. They’re trying to make more money. They’re not beefing up newsrooms to help journalism. They’re buying silence. That is exactly what Facebook is doing and it’s what other corporations, the worst corporations in this country have been doing for decades. That’s what this is about. This is more corporate control over the news that we see every day and much like the sinclair model, Facebook is doing it at the local level as people are more inclined to trust their local news station. Then they are a major new station like MSNBC or Fox News. They figured it out and they’ve damn sure got the money to go out there and snap up any local news station that they want. This is bad. This is very bad for American news consumers because if Facebook gets control of any of these stations, the first priority at that station from now on will be to bury any negative story about Facebook.