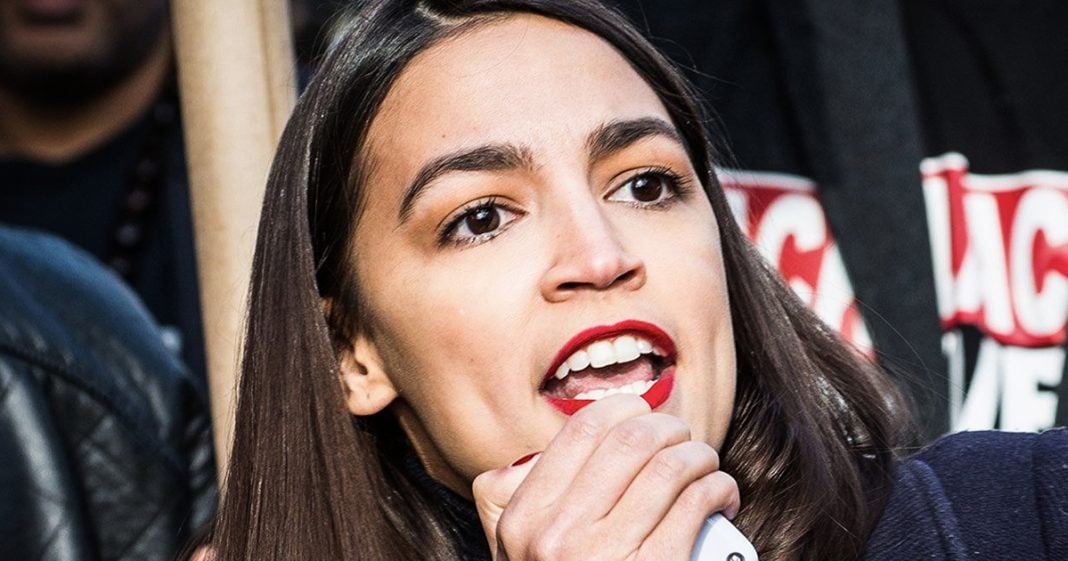 The Republican Party has always been a Party of bad ideas – trickle down economics, unlimited war, taking away our healthcare – but their recent attacks on people like Alexandria Ocasio-Cortez show that the Party of bad ideas has now become the Party of no ideas. They are grasping at straw to attack a woman because she has great ideas for this country and they have nothing to offer in return. Even outside of the attacks against her and other Democrats they aren’t offering any new policies. Ring of Fire’s Farron Cousins discusses this.

You know, there’s something very interesting about all of the right wing attacks against Alexandria Ocasio-Cortez, and it’s not just that they all lacked substance or that they’re all based in fiction. It’s that this woman, this young woman, is terrifying Republicans, so they’re grasping at straws trying to come up with anything they can to make her look silly, foolish, stupid, or whatever. All of it has backfired spectacularly. You know, when she proposed the 70 percent marginal tax rate on the income over $10,000,000, they lost their minds and then everybody else went out there and reminded them, Hey, uh, at one point in this country it was 90 percent and then they had to explain to conservatives what a marginal tax rate actually meant. And at that point a lot of people were like, Oh yeah, that, that would never affect me. Yeah, I’m cool with that.

This is about the attacks that the Republicans are loving these days because it’s not just against her either. They’ve done this against other Democrats, but the point is that’s all they have left as a party. That’s all they have left as a party. They don’t have any ideas. They don’t have any path forward for the United States. They don’t have anything new to offer, so they go after these people who do have something new to offer, something better to offer, something great that will propel this country forward. That is what Ocasio-Cortez represents, and that is what Republicans are afraid of because they never had the intelligence to come up with it on their own. Think back at the last few actual ideas the Republican party had. It was trickled down economics. It was endless war and there was repealing healthcare that I miss anything because for the last 40 years, those are about the only three ideas that the entire Republican party has come up with. That’s it.

That’s it. This is a party that at one point for 40 years had nothing but bad ideas and they really only had a couple of those because that’s all they could come up with, but today they’ve become the party of absolutely no ideas. I mean, they’ve gotten so bad that they can’t come up with a bad idea. They’re so dumb. They’ve got nothing. So they attack those. Who Do they attack? People like Ocasio-Cortez. They attack Elizabeth Warren and Julian Castro and Bernie Sanders. They attack people who want to do something good for this country because they know that once the American public sees how effective these democratic socialist policies could be for this country, the Republicans understand that. When the public gets a taste of that, that’s effectively the end of the Republican Party in the United States.