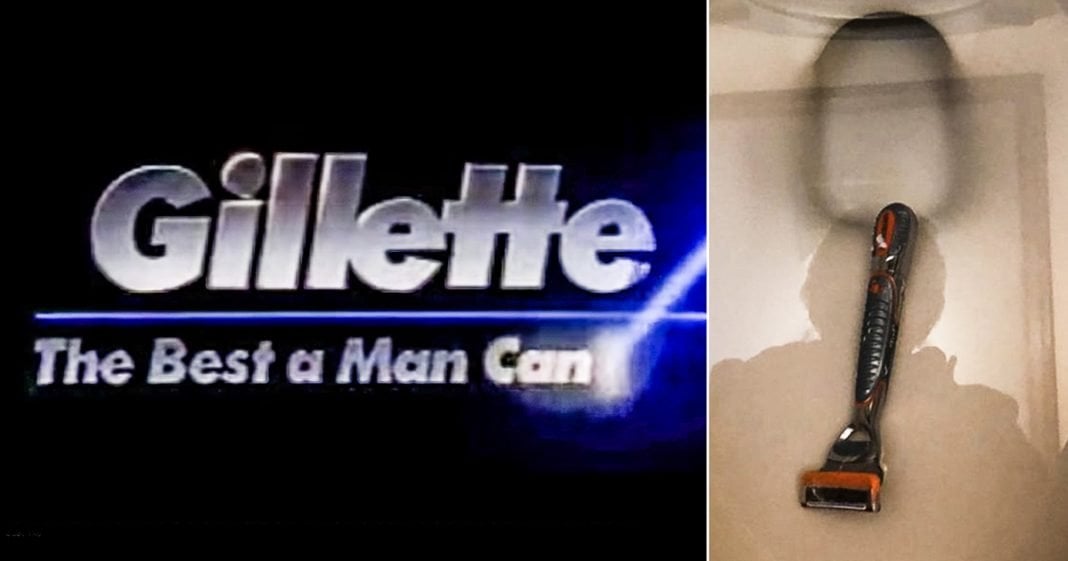 Republicans are freaking out (again) over a new ad from Gillette that calls out toxic masculinity and asks “is this the best a man can get?” The ad has caused a stir among Republicans who have posted pictures and videos of themselves throwing away their Gillette razors, putting them in the toilet, and doing other stupid things, similar to their responses to Yeti Coolers and Keurig coffee makers. Ring of Fire’s Farron Cousins explains what’s happening.

So this past week, Procter & Gamble, the people who own the Gillette Razor brand, uh, released a new ad for Gillette that essentially takes on toxic masculinity. What it does is it shows footage, some of it scripted, some of it real footage of men stepping in and stopping bullying, stopping other men from harassing women, and essentially talks about the fact that men, we’ve got to be better. We got to do better. We can’t just let other guys, boys, men, whoever they are, go out there, harass women, harass each other and be horrible human beings basically put a stop to toxic masculinity. That’s what this ad was saying, but I mean really it was just saying, don’t be a dick. Be a decent person and stand up for others will. Apparently that message was too much for the snowflakes on the right. And now as we have seen too many times in the last few a months, Republicans are out there destroying their Gillette razors because God damn it, I’m not going to let this company tell me to be a good person.

So there’s pictures floating around now. I’m sure everybody’s probably seen him throw in there Gillette razors in the toilet. That’s gonna be a plumbing bill that, uh, you’re not gonna like a by the way, idiots. They’re throwing them in the trash. They’re posting online like, oh, goodbye Gillette. Hello Neuroco. It’s a razor. My God guys, it’s a eraser and you want to call the left snowflakes that. Oh, very good. Too upset about things. Remember when you guys were throwing your keurigs off of like third story balconies into parking lots because, Ooh, keurig major mad you were shooting your yeti coolers with your shotguns because they made you mad. You know they were ending deals with the NRA. They weren’t going to advertise on Sean Hannity. So you went crazy and you’re like, ah, I’m going to destroy this thing I paid hundreds of dollars for. I know razors aren’t hundreds of dollars.

Razor blades pretty damn expensive though. But you guys are out there doing the same thing. The company already has your money. You’re not actually going to switch. You’re going to do what you did with the other boycotts you had or product destroying sessions you had. You’re going to forget about it next time you go to Walmart to go buy a new razor and you’re going to crap that Gillette check out and they’d be like, oh, foiled again. I totally forgot that I’m mad at you for the next five days, but here’s the thing. This is not necessarily about Republicans trying to defend their toxic masculinity or being triggered as the little snowflakes they are by this Gillette at. It’s the fact that this company actually did something good. This company did something good and that’s not something that I am ever able to sit here and say to you and that makes me happy. They did something good. Here’s a statement that the company issued a along with this sad. They said it’s time. We acknowledged that brands like ours play a role in influencing culture and as a company that encourages men to be their best, we have a responsibility to make sure we’re promoting positive, attainable, inclusive, and healthy versions of what it means to be a man. Couldn’t have said it better myself and again, the entire message of this is just don’t be a bad person, but apparently that message was a little too much for conservatives to handle.