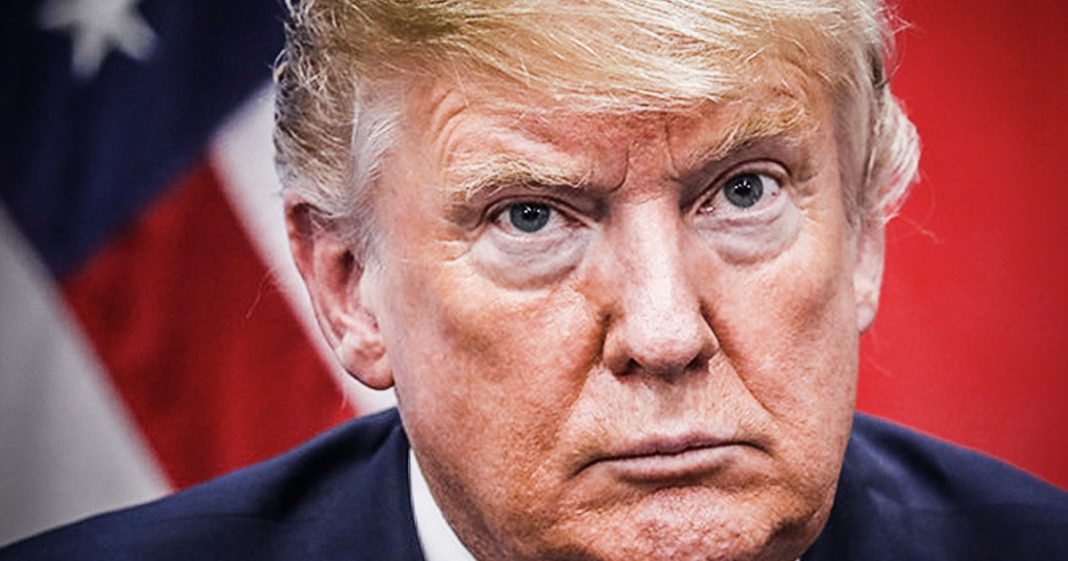 Democratic candidates who have already announced for 2020 have been following a similar pattern – they aren’t talking about Donald Trump. This mirrors the main strategy that Democrats used to win back the House in 2018, and it is a complete reversal from what they did in the 2016 election. This is the best strategy they can use right now – ignore Trump, talk policy – and Ring of Fire’s Farron Cousins explains why this could be so successful.

Something very interesting appears to be happening with the Democratic Party as we get more and more people announcing that they are going to run for president under the Democratic Party ticket in 2020. What’s happening is in none of them and their announcements, speeches are talking about Donald Trump. And according to new analysis by the daily beast, uh, the reason Democrats, one of the reasons Democrats were so successful in the 2018 midterms is because they didn’t make the election about Trump. Now, this is obviously a stark contrast to what the Democratic Party did in the 2016 election when they made everything about Donald Trump vote for hillary because she’s not Donald Trump. Vote for Hillary because Donald Trump says horrible, hurtful, mean, Gross, disgusting. Things that actually didn’t resonate with the American public. I mean, analyses have shown that Hillary Clinton only talked about issues 25 percent of the time. The rest of it was, I’m not Trump.

Trump’s a jerk. Look at the jerk. Look at how bad he is. I’m not like that. American public didn’t buy it. And finally, after years of getting their butts kicked in elections, it appears that Democrats understand that you can’t run a campaign, at least not a successful one, by saying that you’re just better than your opponent. One of the big reasons Democrats won so much in the house, not the Senate, obviously in 2018, it’s because they ran on issues, which is what the American public wants. They want Medicare for all. They want debt free college. They want expansion of social security. They want a green new deal. Every one of those is supported by a majority of every party. And they ran on those issues and they won. And the Democrats who have so far announced that they are running in 2020, they’re talking about the same things.

They’re talking about those policies and others that are desperately needed in this country. They’re not sitting there saying, I’m running for president because I don’t like Donald Trump. Which is exactly actually what Michael Avenatti said Democrats had to do. Mike Avenatti said the Democrats. So this was a couple months ago. He said it on twitter. Uh, they got to run against Trump. They need a fighter. Somebody who’s going to get down there and get her, I’m going to beat you up. Trump, I’m better than you. And they’re doing the opposite and they’re actually doing better. You know, Michael Avenatti might be a decent attorney, but when it comes to being a politician, I am really glad he’s decided to sit out the 2020 race and hopefully he’ll sit out every political race for the future because this guy cannot be a serious politician if he thinks that he can run on being the anti Trump democratic party tried that didn’t work out so well.

Yes, Hillary won the popular vote, but unfortunately we an outdated electoral college that actually gets to make the decisions. That’s why we have Donald Trump and the Democrats understand that, and yes, there will come a time in this campaign when there’s gonna be some mudslinging. We’re going to see some ads that are going to play audio of Donald Trump saying some horrific things that is inevitable and to be honest, it is needed at to an extent, but that cannot be the centerpiece of the campaign. The centerpiece of any democratic campaign for 2020 has to be issues starting with a green new deal and then number one and a half on the list is medicare for all debt, free college. Those things, those big issues, those country changing ideas, which is exactly what they are. It’s time for a big bold leap forward for this country and without those three policies, it ain’t going to happen.

And without those three policies, I don’t know the Democrats stand a chance of winning in 2020. So let’s hope that they continue pushing for these and that they understand that once you win the public over with these policies and they know you’re serious about it and not using it as a political tool, a bait and switch, then deliver the knockout blow and remind people like, Hey, not only do I support these great ideas, but remember that time Trump said he likes to grab women by the genitals. Oh, that’s awful. But Hey, medicare for all, let’s go with that. Instead. You can run the negative ads against Trump, but if you make those, the centerpiece of the campaign, you were going to lose even worse than you did in 2016.