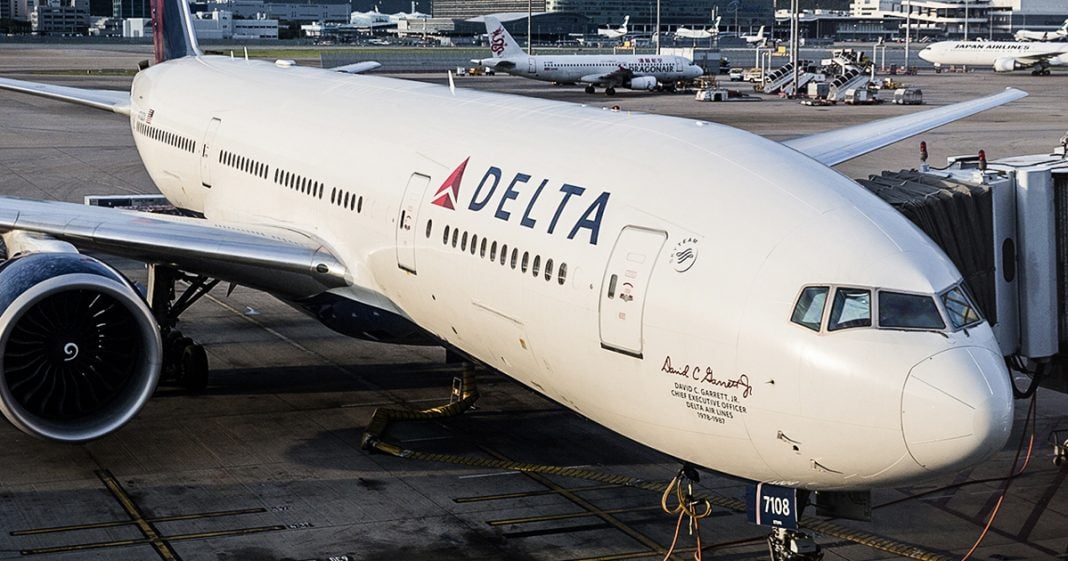 TSA agents are among the unlikely ranks of federal workers who are being forced to work without pay during the government shutdown. As such, countless TSA agents are calling in sick, leaving a lapse in security so severe that a man was able to smuggle a gun on board a Delta flight this week. The government shutdown is allegedly about our national security, yet we’re far less secure now because of the shutdown, as Ring of Fire’s Farron Cousins explains.

On January second of this year, a man at the Atlanta Hartsfield Jackson International Airport was able to smuggle a gun onto a plane that was bound for Tokyo. He was able to get it through the TSA because according to the TSA, standard procedures were not followed and the reason standard procedures were not followed is because at the time these workers were working without pay too many of them were calling in sick. They didn’t have enough people there on that day in particular that had a. had a five percent call out rate. That’s a lot of TSA workers not showing up for work and you can’t fault them because they know they’re not going to be paid for it. TSA In that area. It also reported that they’d had plenty of people already quit their jobs and they still have people quitting their jobs because of the government shutdown in the fact that they didn’t get paid.

And this is what happens. A man was able to smuggle a gun onto an airplane. So we’re right back to the point we were before the TSA even existed, you know, pre nine slash 11 days. That’s how safe our airplanes and airports are right now because of the government shutdown, and the true irony here is the fact that this entire government shutdown is allegedly about our national security. That’s what the wall is four, right? That’s what Trump keeps telling us. The wall is to protect us. We have to protect American citizens, so in order to protect us, he first has to harm us. Apparently he has to make her airports unsafe, not even less safe at this point, they are unsafe. He’s made our food unsafe. As the FDA has announced, oops, we don’t have enough money to do any food inspections during the government shutdown and let us killed more people than illegal immigrants just last year.

So hope you don’t die from that Caesar Salad. Folks, we can’t do food inspections. Every facet of our lives right now under this government, shut down is more dangerous. It is all because he wants to keep us safe, allegedly, but these stories, the guy smuggling the gun onto the plane, the FDA can’t do inspections, can specter, food, drug testings, halting all kinds of crap. The federal court system as the money, this isn’t about keeping us safe, it’s about playing to his base and his base wants that wall. That is the only thing they can think about is that wall and this man is going to do whatever it takes. Let as many people in this country get hurt until he gets his way. Food in the United States is more deadly than illegal immigrants. Airport security is more important than building a wall on our southern border. Yet we have now had to forego both of those things because of Donald Trump’s decision to listen to the people at Fox News to listen to Ann Coulter instead of listening to the American public. That has overwhelmingly been shouting for weeks. We don’t want a wall, but Donald Trump is death to those cries because the only thing he hears is what’s being said on Fox News.