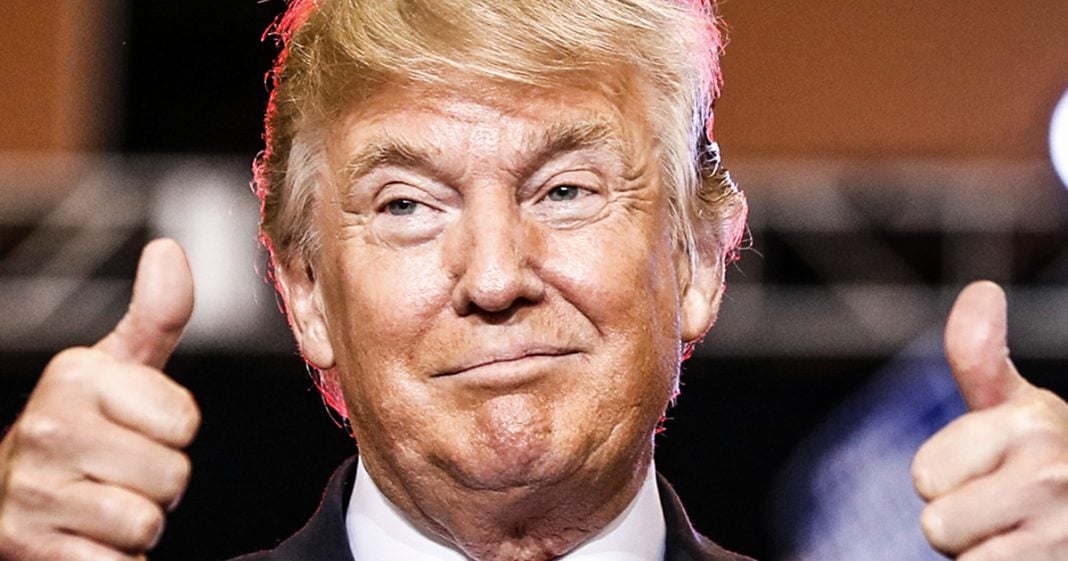 According to Pam Patenaude, the outgoing deputy secretary of Housing and Urban Development, has alleged in her resignation letter that Donald Trump attempted to illegally block disaster relief funds from Puerto Rico following Hurricane Maria. Trump claimed that the island was going to misuse the money and take advantage of the federal government, even though there is zero evidence to back up his claim. Ring of Fire’s Farron Cousins discusses this.

Recently, Pam Potter, not the Deputy Secretary of Housing and Urban Development under Ben Carson issued her resignation letter. Just another person leaving the Trump administration, right? Well, not exactly because as part of the story about Ms Dot pot not resigning, it was also revealed that Donald Trump attempted to illegally block hurricane disaster relief funds from making it to the island of Puerto Rico. Here’s what happened in October, Donald Trump tweeted out that Puerto Ricans, the Puerto Rican government was trying to use these hurricane relief funds to pay off old debts. I mean, right? Puerto Rico’s a financial disaster, and they wanted to use these hurricane funds instead of helping the people who still don’t have homes, they were going to use it to pay off their debts and maybe try to get right financially. So Trump ordered John Kelly and mick Mulvaney to not send a another dollar to Puerto Rico. Here’s the issue. First and foremost, the reason Puerto Rico is in such a financial disaster is because the big banks came in, their scam, the hell out of them took all their money, took their pensions, took their savings.

That is the result of Wall Street greed, not mismanagement by Puerto Rico. Let’s get that straight. First and foremost. Second of all, the president saying, do not send another dollar to these people is 100 percent illegal because those funds were authorized by Congress. The president has a lot of power and a lot of authority, but he does not have the authority to override congress on that particular matter on budget issues. He can’t do that. So by saying, do not send another dollar, Donald Trump was saying, do not follow the rule of law. Do as I say, because I have a grudge against this island. Do as I say, because I saw on Fox News that Puerto Rico wanted to use the money to pay off their debts instead of helping people. And I’m just so against that. No, what really happened, I’m assuming the Fox thing did actually happened, is that Donald Trump was still pissed off at the, uh, I believe it was the mayor of San Juan who called him out for his horrible hurricane response after Hurricane Maria hit the island.

And he still mad about that. He still mad about that island, which is a US territory. They’re under our protection even though we don’t give them any rights. He’s still mad that they weren’t nice to him after they had just lost everything. They didn’t roll out the red carpets. Maybe they didn’t catch the paper towels. He was throwing just right. Who knows, but this is a petty man who has no problem with breaking the law. Anytime it fits his agenda and that is exactly what happened here. And as this story continues to develop, we’re going to learn a little bit more. We’re going to learn more about the illegal things that Trump has tried to do to the island of Puerto Rico because I promise you this story is not going away. It may not be one that the corporate media wants to talk about all the time, but we’re going to continue to talk about it because this is important that island is still suffering today and as long as Donald Trump stays in office, they are going to continue to suffer much like the rest of us at this point.