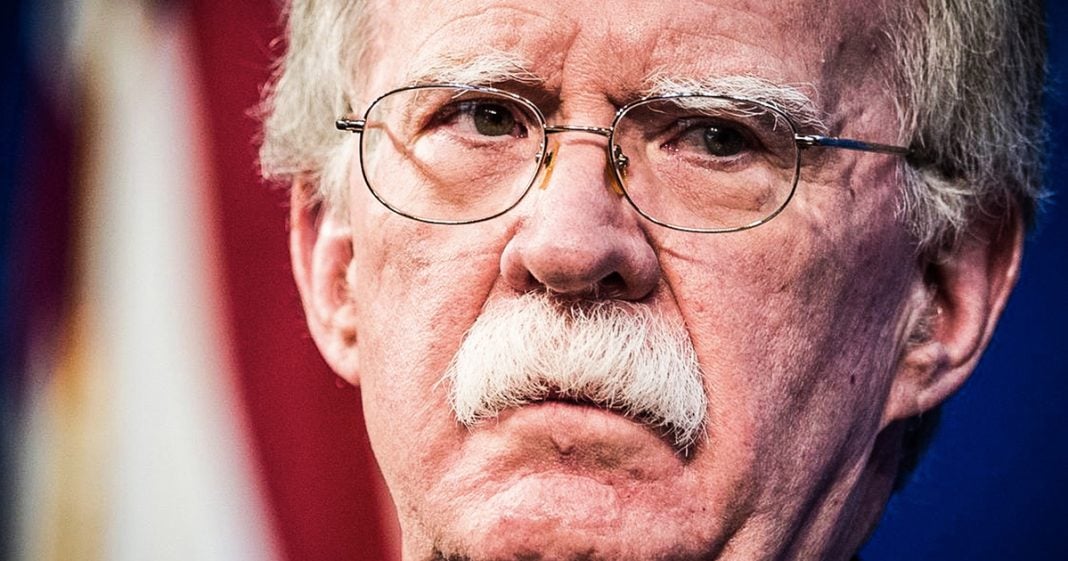 According to officials inside the Pentagon, the Department of Defense is starting to get unnerved over the fact that the administration is hellbent on attacking Iran. They can’t find any justification for an attack, but that hasn’t stopped people like John Bolton from repeatedly asking the Pentagon to give him options on how best to hit the country. Ring of Fire’s Farron Cousins discusses this.

Earlier this week, it was reported that John Bolton, Donald Trump’s national security advisor, had repeatedly been pressing the Pentagon to come up with plans that he could present to the president, uh, so they could figure out how best to go and attack Iran. Well, yesterday, CNN reported after talking to sources inside the Department of Defense that the Pentagon, dod officials are actually starting to get unnerved about the fact that John Bolton and the National Security Council and the Trump admin itself, uh, that they seem hellbent on wanting to attack Iran. The Pentagon officials, you know, these guys, they love a good war, but even they are willing to say we don’t really have a reason to go over and attack Iran. There’s really not anything there that would warrant us putting boots on the ground or planes in the air or dropping bombs on them. So we’re not exactly sure why they want this so badly.

Nonetheless, the Pentagon has put forward plans, uh, on various different ways to attack the country if the administration feels the need to do that. However, it is not clear at this point whether or not they have actually turned those over to John Bolton. I do not believe based on the evidence we’ve seen that they have turned those over to Bolton because if they had, we would currently be bombing the hell out of the country because that’s what John Bolton is. That’s what all of us thought would happen. As soon as John Bolton became the national security advisor and we found out this week that yes, that is exactly what he is attempting to do, but here’s another possible scenario here at CNN. Didn’t mention this. We could be looking at a potential wag the dog situation where Donald Trump sees the walls closing in around him. He sees the public turning on him.

His poll numbers are getting worse and worse by the week, but what better way to bolster support for a sitting president then to launch a war? It’s what happens. Unfortunately, whenever a war breaks out, whenever we have to go over and bomb another country, it creates unease with the American public and they’re looking for somebody to comfort them and tell them that everything is going to be okay and that is typically what a president does. It’s what George W dot Bush does. George W. Bush would not have won reelection had he not started wars in the Middle East. I mean even before the nine slash 11 attacks, his approval rating was in the toilet and then shot way up after that happened because he emerged as the guy that’s going to heal the country, you know, come put your head on my shoulder where everything’s going to be fine.

I’m going to take care of you. Trust me. And people did unfortunately. And then he went ahead and lied about the intelligence and attacked Iraq. And because of that, people got scared. They thought that Saddam Hussein was somehow the big bad guy that we needed to take out and they voted for him again in 2004. Trump’s hoping the same situation can save him here except the differences. At least George W. Bush had the Pentagon and other intelligence agencies willing to phony up data to paint Saddam Hussein as some kind of global threat. And now the Pentagon, at least at the moment on this one particular issue, has enough good sense to say we don’t have any reason whatsoever to go over there and attack Iran.