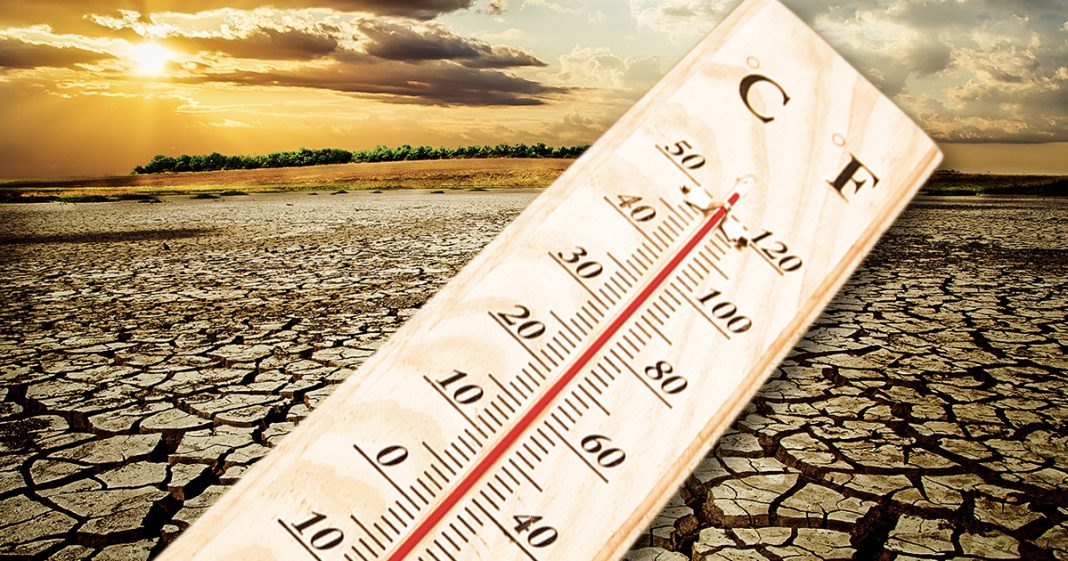 According to new reports, the impacts of climate change are shortening lives in the US and around the globe. Due to a combination of infectious diseases and diminishing crop yields, the entire planet is going to see a reduction in life spans if nothing is done about the problem. Ring of Fire’s Farron Cousins explains what’s happening and what needs to be done.

One of the common threads throughout the entirety of human history is that as time ticks on life expectancy for the human race has increased there even a couple of dips here and there, thanks to wars or you know, plagues, but those don’t last very long. It typically only affects the one generation and then we move on, but right now we are actually facing a catastrophe that has the potential to significantly reduce, almost permanently reduced the life expectancy for human beings on this planet and that emergency is climate change. And that’s not me just speculating here. That’s not me trying to scare people into action. That’s actually the conclusion of several doctors who recently, uh, published these findings in the New England Journal of Medicine detailing the ways in which climate change is actually going to shorten the life span of human beings. In essence, climate change is going to put us all in an early grave.

And here’s why. This is what these doctors had to say. First and foremost, you have malnutrition that will become rampant as the climate continues to heat up. Crop yields are going to be fewer. We’re not going to have as much food to go around, there’s going to be less arable land to grow that food and that’s where problems emerge. There won’t be enough food to go around, so not only could people potentially die of starvation, but you’re also looking at a situation where people would not get the proper nutrition that they need to live a long and healthy life. A second thing, and this is probably one of the biggest, it’s been talked about a lot, is infectious in microbial diseases. Those increase as temperatures increase. I mean why do you think we have all these tropical diseases and all these horrible things that happen typically around the equator of the United States.

It’s the warmest part. It’s the perfect breeding ground for bacteria and viruses and other microbial diseases and that area where it’s perfect for those things to grow is going to expand the warmer the climate gets a chronic conditions for more pollution, asthma, uh, heart disease, things like that. And he had exposure. Just the simple fact that it’s going to be hotter and you could die from heat exhaustion, heat stroke or anything like that. None of these desks that they’re talking about include deaths that are going to increase from strong hurricanes, from mudslides, from floods, from droughts, and from wildfires, but they’re estimating right now that between the years 20, 30, and 20, 50, we could see an additional 250,000 human beings across the planet die and every one of those quarter of a million deaths can be attributed to climate change. That is what they’re predicting right now. It’s not too late, right?

We still have some. We don’t have a lot, but there is some time left. We could do something about it. We could change the way things are operating, but unfortunately we as a country here have an administration that denies that the problem even exists. We have a political party. The Republicans who’ve made it part of their party’s platform basically that climate change isn’t real, or if it is, we can’t do anything about it. If we can get rid of them, get rid of that way of thinking. Then maybe we will have enough time left to act with the rest of the world to prevent these additional deaths and the shortened lifespan of every human being on this planet.