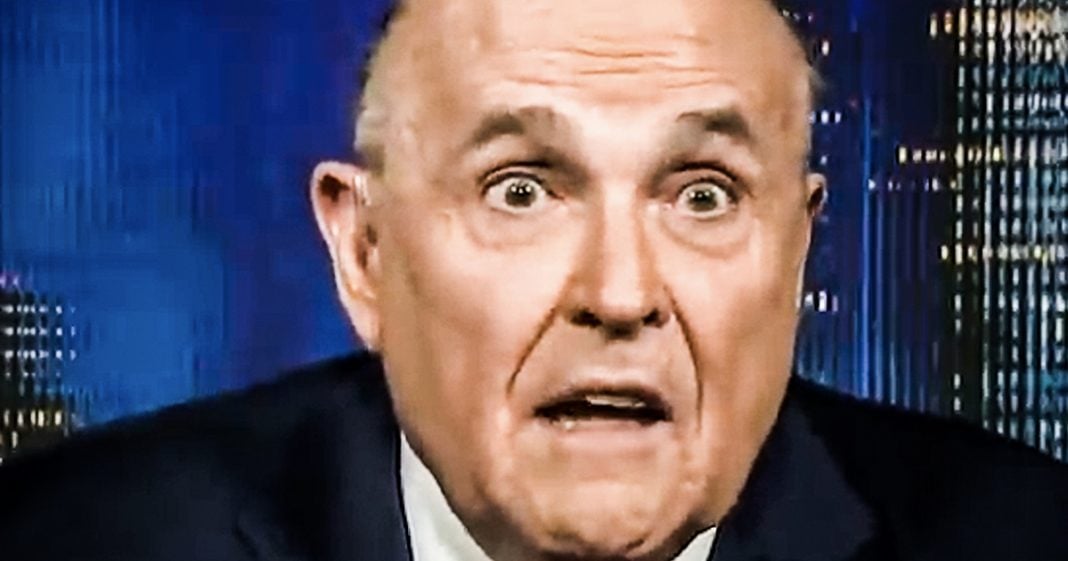 According to Vanity Fair’s Gabriel Sherman, sources in the White House say that Rudy Giuliani absolutely hates being Donald Trump’s attorney and that he is terrified of the upcoming Mueller report. Sherman has been spot on with his sources in the past, so there’s little reason to doubt his claims about Giuliani. Nonetheless, these claims haven’t stopped Giuliani from going on TV this week to make a complete fool of himself. Ring of Fire’s Farron Cousins discusses this.

Rudy giuliani is not doing a very good job as donald Trump’s lead attorney trying to defend him from the forthcoming Mueller report and the entire Mueller investigation. And according to Gabriel Sherman over at Vanity Fair, the sources he has within the, uh, inside the White House say that Rudy Giuliani actually hates working for Donald Trump. And part of the reason is because Trump is very hard to deal with according to the sources that Gabriel Sherman spoke to. And I know a lot of people don’t like well, this guy spoke to some people who remained anonymous. Listen, Gabe Sherman has been spot on in pretty much everything. He is reported from the White House according to his sources in there, he is reputable, he is respectable, and we have no reason whatsoever to doubt his new report that Rudy Giuliani hates his job and the sources that Sherman spoke to win a little further. It’s not just that he hates his job, but that he’s also terrified of what this Mueller report, which he expects will come very soon.

He’s terrified of what it’s going to say about Donald Trump and fears. It is going to be incredibly damaging to the president of the United States now that’s telling you a lot right there and here’s why. Giuliani as is typical for attorneys and any kind of criminal defense, they know more than the public knows they have these private conversations with the defendant, with the defendant’s families, with their witnesses, you know, things that we’re not privy to so they know a lot more than we do. Giuliani as Trump’s attorney would also know a lot more about what’s happening with the Mueller investigation than the rest of us. Most likely he may not, but it’s incredibly likely that he does. And if he’s out there saying like, I’m scared as hell of what’s going to come out of this because it’s going to hurt my client, then I think we should all understand that.

Yeah, this is going to be a pretty damning report for the president. Um, but here’s also another fun thing with Giuliani. We don’t even necessarily have to wait for the Miller report because we know based on Giuliani’s own words this week during an interview on CNN that, yeah, collusion happened. Just probably not with Donald Trump. That’s actually what Giuliani said during this CNN interview. He goes on the air and he says, well, I never said collusion didn’t happen. You know, if it happened, it was a long time ago in the campaign and you know, probably lower level people. It may not have been the president and it was just a word salad of him trying to backtrack. Literally everything he has said and everything the president has said, Sarah Huckabee, Sanders said, and Kellyanne Conway has said for the last two years, which was no collusion. So now the talking point has evolved into they might have colluded, probably not the president. That’s where we’re at in the defense of Donald Trump. Like, yes, there was collusion, but probably not with the president. So yeah, Rudy Giuliani hates his job and part of that is because Trump is so hard to work with, but the other part may be because he’s just really, really, really bad at what he does.