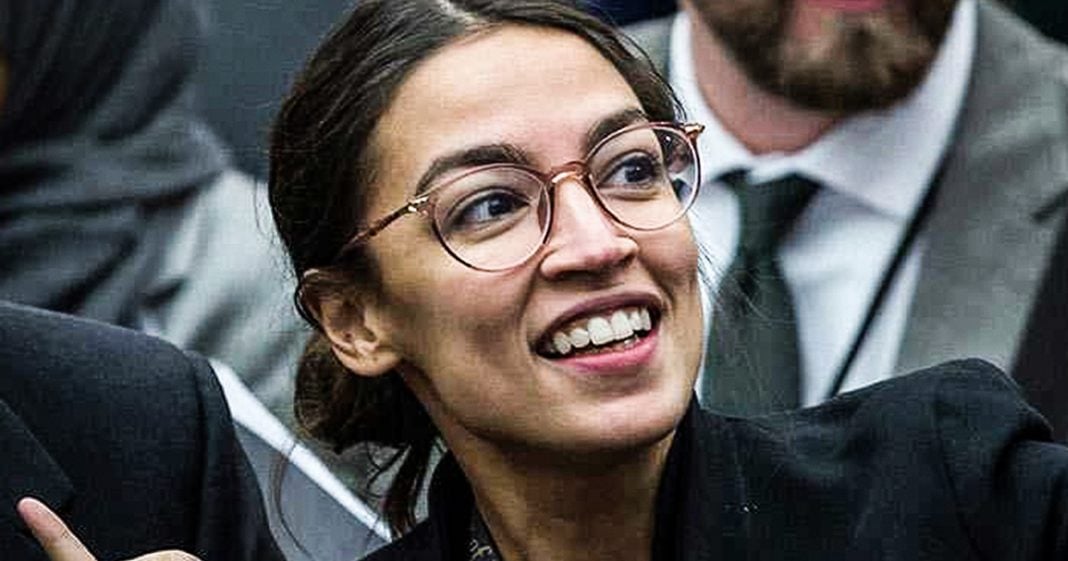 On Thursday, Representative Alexandria Ocasio-Cortez taught a gathering of Democratic lawmakers how to effectively use social media sites like Twitter to help connect with average people. This is a bigger deal than it seems, as one of the main criticisms of the Democratic Party is that they’ve lost touch with regular Americans. Can Ocasio-Cortez bring them back to the virtual “town square” where they can listen to their constituents and perhaps change their ways? Ring of Fire’s Farron Cousins discusses this.

An interesting happened with some of the Democrats in the US House of Representatives today, and that interesting thing is that they sat for what was essentially a class on how to use twitter that was taught or co taught by newly elected representative, Alexandria Ocasio-Cortez. Uh, the other teacher was representative Jim Himes, uh, from Connecticut. There were also representatives from twitter at this particular meeting, but the overall goal here was to teach some of these older members, some of these older Democrats, how to properly use social media, not just so that you can send out a fun tweet, but so that you can use it as a communication tool to spread your message and reconnect with voters. They understood that Ocasio-Cortez has done this brilliantly and beautifully. That is part of her appeal, is her ability to go on there, to not only tell us plans, you know, here’s a proposal to beat back Republican misinformation, which she does beautifully, but also to connect and talk with people.

You know, you go to her instagram, she’s asking for instant pot recipe. She’s sitting there cooking and talking to us. And that’s the difference, you know, you look at a guy like Trump who uses social media constantly, he uses it to spread lies, to spread misinformation, to insult people and talk at people, not to them. He doesn’t care what they think unless it’s those sick offense in the comments, telling him what a great person he is. Hashtag build a wall. Hashtag MAGA, Hashtag Cag. You know, the Jacob Wall types on twitter. He loves that, but he doesn’t want to communicate with them. He wants to talk at them. Ocasio-Cortez has done it the other way. This is her way to stay in touch with the people who put her in office to test out her ideas, to make sure that people think this is the way we should be going as a country.

And so far it’s been a big one, hundred percent on that. And now the other Democrats in the house recognize this power that she has this skill that she has it. So they asked her to help teach this class. Now they have gone through trainings like this before. Uh, the representatives from twitter said they have sat down with Democrats in the past. They’ve sat down with Republicans in the past to try to explain to them what a powerful tool this is to reconnect with your constituents. They didn’t listen on the democratic side. They didn’t listen on the Republican side either. But then they saw Ocasio-Cortez, they saw her success and so they asked her, hey, can you teach us to do this cause because this looks kind of cool and that’s great because what is one of the biggest criticisms of the Democratic Party that they’ve gone to establishment centrist, corporatist, and why have they done that?

Because they’ve lost touch with the American people. They’ve lost touch with their constituents. This, if they take her formula and apply it to themselves and do it properly, this would allow them to reconnect. It would allow them to hear from the voters who are not happy that they bowed down to Republicans or that they’re not pushing for the green new deal or that they’re not pushing for Medicare for all. They would hear it directly from the people instead of being safe inside their little. I don’t know how to use social media bubble. This is a good thing. A Ocasio-Cortez, and I’ve said this repeatedly, is changing so many things on Capitol Hill and she’s done it all being in office less than a month. Great things are on the horizon. If you look past all of the horribleness happening in this country right now, you can see it. You see it forming, you see it developing. Good things are on the way and right now. Well, Ocasio-Cortez appears to be that person leading us to those good things on the horizon.