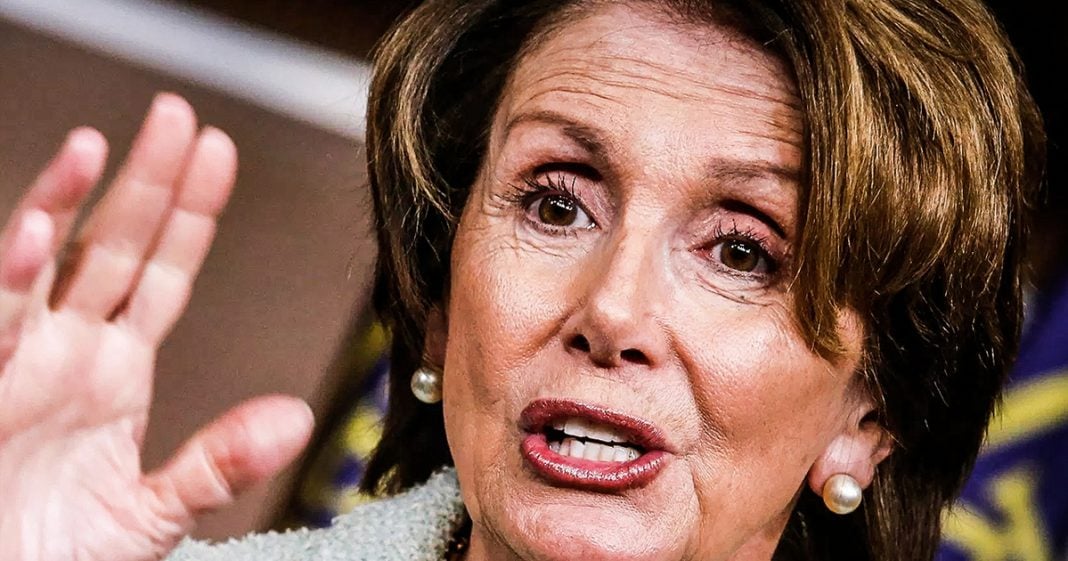 Speaker of the House Nancy Pelosi sent a letter to Donald Trump this week, requesting that he delay his State of the Union address until after the government shutdown has ended. Pelosi has the authority to do this, and her request is more of a demand than anything else. Republicans are furious, but Pelosi knows exactly what she’s doing here. Ring of Fire’s Farron Cousins explains how this works and how Republicans have done this in the past.

Democratic House Speaker, Nancy Pelosi has effectively canceled Donald Trumps State of the Union address that was scheduled to go live on January 29th. Um, and here’s what she said, she wrote a letter to the president saying, we need to postpone this until after the government reopens due to the fact that secret service and Department of Homeland Security who are in charge of security for the event, uh, they’re currently furloughed. I mean, they’re working, but they’re not getting paid. That’s really not a great message to send. So let’s just postpone this. Now, the reason I say she cancelled it, even though she’s asking to postpone it is because she has effectively canceled this. Um, when you look through the rules, and I know people are going to get mad, so she didn’t actually cancel it. No, she has canceled it. And here’s why. It is in the rules that the president of the United States will from time to time submit to Congress, either in writing or in person, the state of the union.

That’s where we get the name of this big speech. However, he only does it at the request. At the invitation of the House Speaker, so only the speaker of the house can request by invitation that the president deliver this by issuing this postponement letter, she is effectively telling the president and her spokespeople said the letter speaks for itself, that she is resending that invitation, which would mean Donald Trump would not be allowed to come in and do a joint address to Congress and the entire nation. So yes, she does have the authority. That is basically what she has done here. And just to go further in the rules here, doing it in January is just tradition. That’s not a rule. Okay. And because it’s by invitation, the speaker of the house could invite the president to do a state of the union every single month. They could do it every single week if they felt so inclined.

President could decline, but they could do that. We could be having them in July instead of January. It’s just based on when they had done it in the past. The president, however, does have the option as presidents had done, you know, in the early, uh, 19 hundreds. And before that, just submit a written state of the union. That’s also perfectly acceptable within the rules. We don’t have to put it on TV. We don’t have to listen to this idiot speak. We could just have the handwritten copy pass that around online. Everybody’s good to go, right? No security issues. You don’t have to gather up every member of Congress and the Supreme Court into the same room. Put your designated survivor somewhere else. Wouldn’t have to go through any of that. It would be quick, easy, and, and that’s what Pelosi selling them. Yeah, maybe you ought to do that.

But here’s the thing. Pelosi knows how to get to this guy. You take away the spotlight, you take away those cameras and you are going to get under his skin like nothing else. Now, to her credit, and we’ve been telephone Pelosi, and I believe rightfully so, but this. This is a brilliant move by Nancy Pelosi. I am very proud that she did this and I hope she stands firm. And I hope if the president insists, no, I’m going to give that address than she does come out and flat out. Say, I resend your invitation. Go sit your ass back down at the White House.