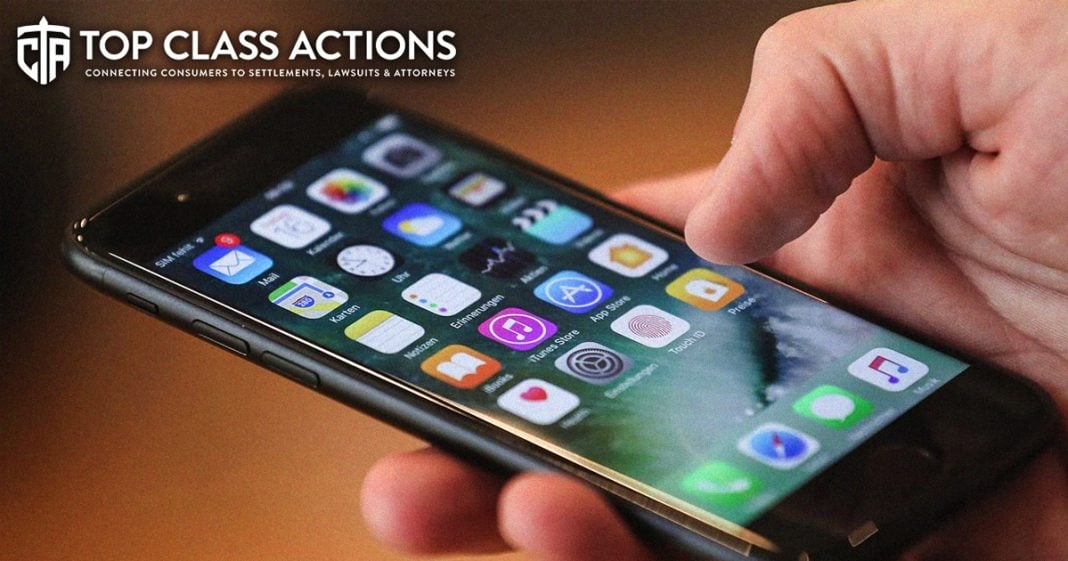 According to an article on Cult of Mac, owners reporting iPhone 7 and iPhone 7 Plus audio problems in community consumer forums say that incoming calls sound as if they are coming from behind the phone rather than through the phone’s speaker. Many state that the iPhone 7 audio sounds tunnel-like or far-away during phone calls, but that other things like music and video narration come through fine. Ring of Fire’s Farron Cousins discusses this issue with Scott Hardy from Top Class Actions.

Farron Cousins:                  Each year, millions of consumers, not just in the United States, but all over the globe, await with anxiety for that new cell phone to drop, whether it’s apple, whether it’s Android, whoever it is, they’re all excited to see what this newest iteration of the technology in our pockets is going to be. Well as it turns out, churning out phones, new phones, new designs, every single 12 months may not be as good as advertised, and I’m joined now by Scott Hardy from topclassactions.com to tell us about some of the issues that users are reporting in a a certain model of iPhones.

Scott, particularly what we’re talking about here is the iPhone 7. It is several years old, but users all over the United States are reporting a lot of problems with the audio quality coming from phone calls in this particular model. Tell us what that’s about.

Scott Hardy:                          Yes. This is an interesting issue and we’ve received a whole lot of reports of these issues regarding the iPhone 7 and 7 Plus, and it’s all about how audio could degrade over time. You could have a greyed out microphone icon. Audio might not actually work at all on your phone and there can be no apparent damage on your phone. It’s not like you dropped the phone and then things stop working. It’s more of a, you use your phone every day. Everybody does.

You have an iPhone and you’re constantly on it. You’re constantly touching the screen. But it appears that there may have been a manufacturing defect between two chips which affect the audio on the phone itself and what’s the really sticky situation for Apple on this one is it’s the very, very, very similar, if not the exact same problem that they already experienced in the iPhone 6.

So they had the iPhone 6, they knew this was a problem, they got sued over it. They fixed the glitch, then they roll out the new model of iPhones and they have the exact same issue. So that’s very disconcerting that Apple would know about this issue in a previous model and not fix it in their supply chain and obviously they’re making millions of these phones and not every phone has this problem.

I had an iPhone 7 Plus. I didn’t have the issue, but I know a lot of people from the reports that we’re getting in at Top Class Actions, a lot of people did have this problem and Apple hasn’t been upfront in covering it and fixing it or acknowledging that it is a defect and that they’ll cover it under their warranty.

Farron Cousins:                  Right, and that’s what’s really interesting too about this story is the fact that, you know, you mentioned they had it with the iPhone 6, they got sued, they paid out and then they do the same thing with the 7, except now they’re not saying, oh, it’s a defect in our design. No, no. This is something you did Mr. Consumer or Mrs. Consumer. You probably dropped your phone.

You probably had the screen replaced. You probably got water damage. This isn’t us. This is you that messed up this phone. Even though the company knows we just had this exact same problem and admitted it. Now suddenly it’s all on the user. You somewhere along the line have screwed this up, not us. What’s all that about?

Scott Hardy:                          Yeah. It’s just a common, a common tack that manufacturers will take. I actually worked in the cell phone industry before my time with Top Class Actions started for years and you know, as was working with these manufacturers, it was common to say, hey, no, all right. It’s definitely not a defect. This is all you. You must have gone ahead and as you said, dropped it into water, dropped your phone. That’s what causes these issues, not just regular use and phones get used so much harder than they used to because of the touchscreens.

And you know, when we were actually going through cell phones and, you know, I was involved a lot with the warranty repair. It was interesting when you had that, the water defect where people would say, oh, well you drop your phone into water because there’s a little sticker that you can’t get to in your phone, but if they take apart your phone, there’s a liquid damage indicator that changes color.

Well, that liquid damage indicator can change color if you live in a very humid place like Florida. If you happen to take your phone around the shower. Now that phones are waterproof and you should be able to drop them, I don’t think the iPhone 7 was. It’s not as much an issue as it used to be, but the manufacturers and the carriers with everything in their power to lay the blame and put it onto the end user until they are forced and I’ve actually seen some of the science behind this.

They knew about it from what I’ve seen and it’s absolutely appearing to be a defect and we’ll see in court if this plays out because I’ve seen some expert testimony specifically on the iPhone 6 that shows that this was an issue. Anybody, it can happen to anybody. You don’t have to sit there and shake your phone for this to happen.

If you just use your phone and you happen to get one of those ones that wasn’t soldered just perfectly, then you could be in the same batch with a bum microphone and bum audio on your iPhone and nowhere to go, but pay the couple hundred bucks to get it fixed or replaced.

Farron Cousins:                  Right, and that’s part of the thing too, is that you take it into your carrier. You know AT&T, Sprint store, whatever it is, whatever you have. And they say, oh no, no, no, no, no. This is, you know, it’s either something you did personally, so this is just how your phone is now, but can I interest you in one of these new phones? It’s always a sales pitch. Same thing with Apple.

If you contact them and they say no, well you probably did something to it, there’s nothing you can do. Now you can pay $500 to fix it or for $499, we’ve got this new iPhone that you could purchase instead. It’s always about an upsell in some way and that is exactly what this, no, you did it excuse is all about, and obviously to try to avoid any of the lawsuits.

Luckily that’s not happening. So hopefully this plays out well for the consumers. I mean, look, Apple did it once before. Obviously, you know, based on the evidence it’s happening again. So it’ll be interesting if we find out, you know, a few months from now, if the iPhone 8 or 8 Plus has this same issue, because you know, it does take a little while for some of these to emerge. So we’re going to pay attention to that. I know you’re already paying attention to that.

So if anybody thinks that they might have been affected by this, I encourage you, check out the link in the description of this video. Go to topclassactions.com. Get all the information you need right there, and while you’re there, make sure you subscribe to their newsletter to stay on top of all of these issues that consumers need to be aware of. Scott Hardy from topclassactions.com. Thank you very much for talking with us.