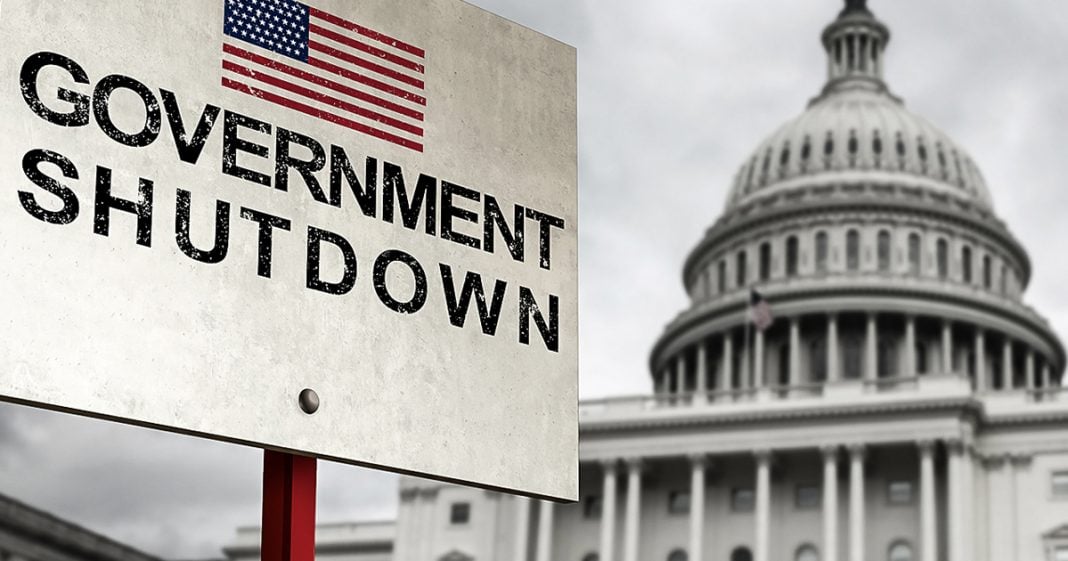 Republicans are quickly losing faith in Donald Trump’s negotiation techniques as the partial government shutdown continues with no end in sight. They understand that red state voters are feeling the sting from the shutdown, and they understand the national security risks that are piling up the longer the shutdown goes on. There is no good way out for them, and they are starting to get angry with Trump because of that. Ring of Fire’s Farron Cousins discusses this issue.

Well, the government shutdown still going on, still no end in sight, still no buddy coming to the negotiation table, whether it’s from the Republicans or the Democrats. Uh, and there’s good reason for that. I don’t fault the Democrats for that. Donald Trump has said he won’t budge. Democrats have said they won’t budge. So we’re at an impasse now that we can do right. Well, eventually this impasse is going to pass and it’s probably going to happen sooner rather than later because there are many, many cracks in the facade of the Republican Party as Washington Post conservative columnists. Jennifer Rubin pointed out this week, Trump has basically shown his hand. He is holding nothing. She says, you know, basically he’s got a pair of Twos, but he keeps doubling down on it and he can’t win this. There’s no way he can win this. He doesn’t know what to do. He doesn’t know what his end game is here.

And more importantly, he is one of the worst negotiators that we have ever seen. And the real irony there obviously is the fact that when he was elected and during the campaign, he told his crowds that he was going to negotiate everything you need to negotiate drug prices. I’m going to negotiate with Democrats, I’m going to go negotiate with foreign countries because look at me. I’m a successful businessman and I negotiate a lot. It’s what I do. I wrote a book called the art of the deal. Well, here’s the thing, Trump some moron. He doesn’t know how to negotiate. And he has proven that day after day after day after day, since he was sworn in as president of the United States, he doesn’t know what he’s doing. But here’s the thing, it’s not just Jennifer Rubin, it’s other Republicans who are joining in with Democrats trying to get bills passed to reopen the federal government.

And then maybe later down the road talk about border wall funding, which promise you ain’t going to happen. Um, but in the Senate, they keep getting blocked by Mitch Mcconnell even though other Republicans have said, okay, yeah, we’ll sign onto this. We’ve got to get the government running again. People in this country are suffering. Our national security is suffering from this partial government shutdown, but Mitch Mcconnell every time just says, nope, nope, nope, nope. Not going to do it. Not going to bring it to a vote. Get the fuck out of here. I don’t care. That’s Mitch Mcconnell. Ladies and gentlemen, Mitch Mcconnell and Donald Trump owned this shutdown. There are plenty of Republicans, even some of the worst ones out there who have still attempted to reopen the government to their credit, but you know who really does deserve the credit here, the Democratic Party, you know, we. We talked here at ring of fire throughout the entire Obama administration about the fact that the Democrats were too willing to compromise.

They caved way too easily to Republicans even when Democrats had the majority’s. They haven’t done that here and honestly, I do feel like that deserves a hell of a lot of credit. The Democrats are doing what we’ve been begging them to do for over a decade, which is fight back. Stand up to Republicans. Do not let them push you around and Democrats are holding strong right now and what’s happening as a result of that is they’re getting more and more republicans coming to their side. They understand the damage they’re inflicting on the United States and they want the government reopened, but to people unfortunately are standing in the way and those two people are Mitch Mcconnell and Donald Trump and that alliance have to right now is pretty powerful. But as more and more Republicans continue to jump ship as more and more conservative columnists come out here and say, Trump is an idiot and doesn’t know what he’s doing. That alliance of two is going to get weaker and weaker by the hour and it won’t be long before those two idiots are forced to cave and give up their stupid dream of building a wall along the southern border.