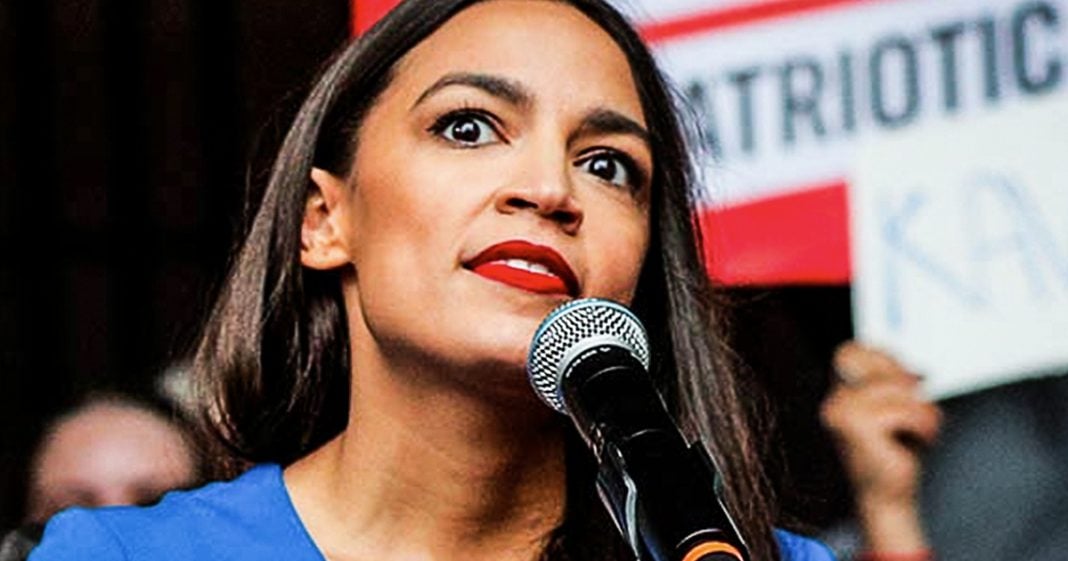 Ever since Representative Alexandria Ocasio-Cortez said that we should have a 70% marginal tax rate in place, Republicans have been losing their minds, telling the public that Democrats want to take 70% of their paychecks. Not only is this not true, but the public isn’t buying into it anyway. A new poll shows that the majority of Americans actually approve of a 70% marginal tax rate. Ring of Fire’s Farron Cousins discusses these new results.

Ever since representative Alexandria Ocasio-Cortez appeared on 60 minutes a few weeks ago saying that we should increase the marginal tax rate in the United States back up to 70 percent of Republicans have been losing their minds. In fact, that is something they’ve actually been talking about nearly every single day. Fox News has done segments on it, telling us that Ocasio-Cortez wants to take 70 percent of our paychecks. A former Wisconsin governor, Scott Walker had to get schooled by Ocozzio-Cortez on twitter yesterday because he allegedly went and told a bunch of fifth graders that if they get $10 for cutting their grandparents grass, their parents are going to take seven of it. And that’s how marginal tax rates work. Uh, that’s not how marginal tax rates work. Marginal tax rate would only be on any income over $10,000,000 earned in a single year, which would only affect about 16,000 people here in the United States anyway.

But that’s not the point. Republicans have been spreading misinformation about this since the day that Ocozzio-Cortez went out there and told us that we need this and for the record, this marginal tax rate that she suggested is actually much lower than what it had been for most of the 20th century. But here’s the thing, and this is a positive. This is a good thing. The public is not buying into these republican lies about what the marginal tax rate actually is. They know better and they understand it. And the proof of that is the poll that came out earlier this week showing that 59 percent of people in this country actually do support a 70 percent marginal tax rate. Fifty nine percent support it, break it down among party lines. Uh, obviously Democrats are going to support it more. Seventy one percent of Democrats support it. Forty five percent of Republican support it.

So it doesn’t have a majority of Republicans, but it’s got 45 percent of them. Almost half of Republicans also support this. And as a whole, when you include independence, 59 percent of everybody says, hell yeah, let’s tax the rich to pay for these social programs, these progressive programs that we desperately need in the United States today. That is huge. The fact that most people in this country are out there saying, you know what? I like that 70 percent marginal tax rate. Maybe we could’ve bumped it up a few numbers higher, maybe 75, maybe 80 percent if necessary. But the point is the Republican talking points are failing and here yet again, Ocozzio-Cortez has put forward a plan that most called radical and extreme. That turns out to be 100 percent mainstream. This is what the American public wants. Just like tuition free college, just like Medicare for all, just like a green new deal, just like a $15 minimum wage. They want these proposals. They are not extreme. They are mainstream. And the people out there attacking them saying that we shouldn’t do that. Those are the people who are now the fringe of us politics.