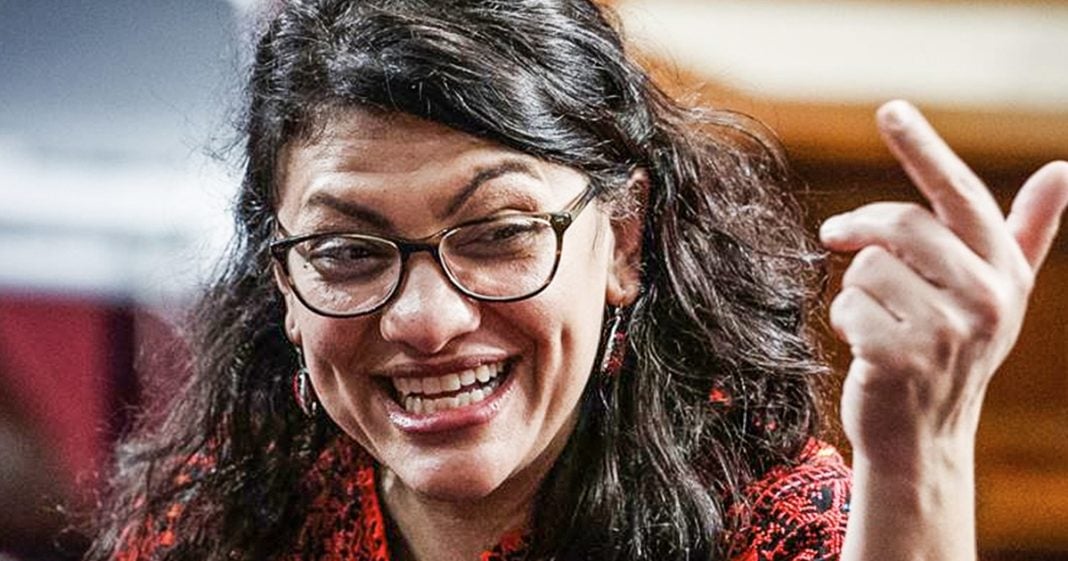 A Republican city commissioner from the state of Florida has signed onto a petition calling for Representative Rashida Tlaib to be removed from office for her comments about Donald Trump. But she actually went a step further than just calling for removal and actually said that she’s concerned that Tlaib, a Muslim, was going to become a martyr and could blow up the Capitol building. Ring of Fire’s Farron Cousins discusses this.

I know that a Republican representative, Steve King Right now, currently holds the mantle, is wearing the crown as the most racist Republican to hold office, but, uh, if we broaden our horizons a little bit and look at some other Republicans around the country, I’m sure we can find plenty of others who are equally as racist as Steve King is. And in fact, it didn’t take very long. We found one down in south Florida, city commissioner, Annabel Lima Taub. Uh, she is a city commissioner for the Florida city of Hallandale beach. Do you know what, uh, Ms Dot Lima Taub did recently, well, after Democratic Representative Rashida Tlaib Labor came out and said, we’re going to impeach the motherfucker talking about Donald Trump. That’s what she said. Uh, to uh, uh, Lima taub got online, signed a petition to remove to leave from office as if what she said was something that warrants being kicked out of the US House of Representatives. Uh, it’s not. Yes, we should do exactly what she said. And I have no problem with her language. But anyway, Lima Taub signs this online petition says hell yet, kick her out of office, and then she takes it a step further in a little comment that she added when she signed her name to that petition she wrote, I’m proudly signed, a Hamas loving anti-semite has no place in government. She is a danger and I would not put it past her to become a martyr and blow up Capitol Hill.

Annabel Lima Taub City Commissioner for Hallandale Beach, Florida believes that Democratic Representative Rashida Tlaib is somehow a member of a terrorist cell and might become a martyr, strap a bomb on herself and go blow up Capitol Hill. That is 100 percent. Would Lima Taub in her little comment there is implying it’s not. She’s not implying as she, she flat out said it. And after all to labor is one of you, two Muslim members of Congress, the first a Palestinian American elected to Congress. Um, she’s, she’s not a terrorist though, but I understand the confusion because in the minds of these bigoted closed minded republicans, anyone from the Middle East or of Middle Eastern descent is a terrorist. They’re all out to kill us. I mean how the Bush administration spent eight years telling us that Donald Trump has spent plenty of time telling us that if they’re not white, they’re probably going to kill you.

That is the message that Republicans have been sending since the year 2001, whether it’s an immigrant, whether it’s a Muslim, whether it’s a black man on the street, they all want to kill you. They just may not have the means to do it right then, but don’t worry. They will come back eventually and a non white person is 100 percent totally going to kill you. It’s not just Steve King folks. It’s not just annabel Lima Taub. This has become the platform of the Republican Party. If it ain’t white run, in fact, that would probably be a better slogan for the entire Party to adopt right now because that is exactly what they are trying to sell to the American public.