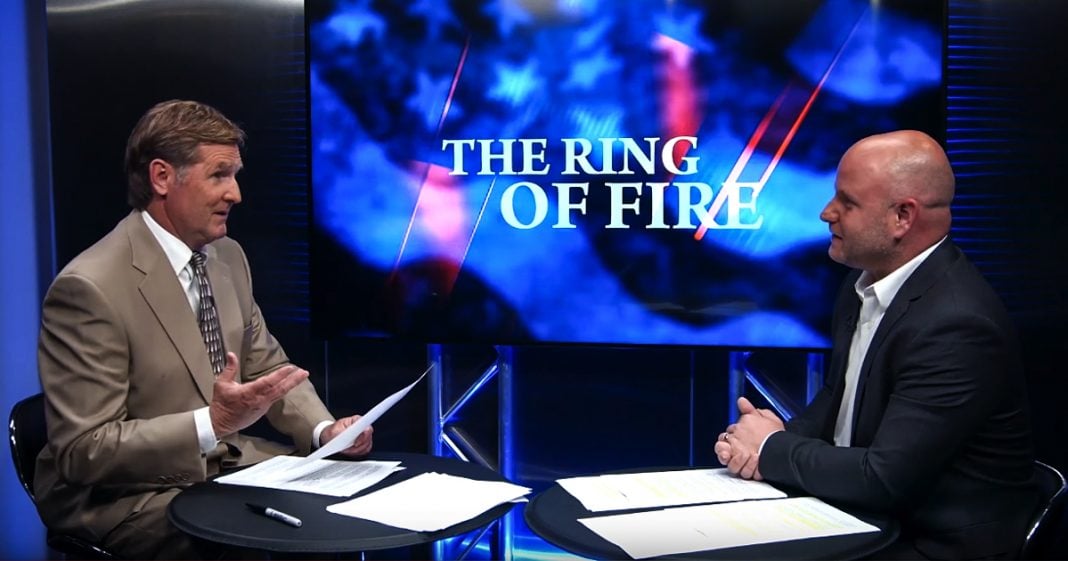 A federal judge throws out lawsuits against the fossil fuel companies in California for destroying the planet. Ring of Fire’s Mike Papantonio and Farron Cousins discusses this issue.

Rising seawater like we see in South Florida where it’s actually moving into the drinking water aquifer, so they have to adjust to it. All types of infrastructure changes that have to take place because of climate change. Now, if the companies that are responsible for this don’t pay for it, taxpayers have to pay for it. In other words, the company has kept all of the profits. Tax payers now have to step in and say, well, we’re going to have to pay for climate change, really? Because that’s what this is about, isn’t it?

Farron Cousins:                  It is, and it’s very disappointing that these suits were tossed out. And to be fair though, these are two suits out of a couple dozen that are going on all over the country. So it’s not, it’s not the end of the world. It’s, it’s not.

Farron Cousins:                  There’s still plenty of hope, but what’s really confusing here is the fact that the judge does admit, he says, you know what, your science is sound. You’re right. You’re absolutely right on that front. However, these companies, we don’t really know exactly, you know, if and when that was it their emissions that did that? Do we really have the jurisdiction to do that in a court system? This seems more like something that Congress needs to deal with. And at that point it’s, you lost me. Congress has had decades and they do nothing.

Mike Papantonio:             Isn’t it, look you, you reacted the same way I did. I saw this guy tries everything he can to to just shutter his responsibility here. And he says, now this is his language is, that there’s some things that the court can’t do that Congress has to do. Okay. Now, when I saw that, I think, okay, well what you’re really saying is any decision, any decision, tobacco, you can say, oh, courts can’t do tobacco, has to happen through congress. Lead paint. I can’t. I’m sorry I can’t touch the lead paint has to have there.

How about opioids that are happening right now? Too big for me. Fracking, oh I can’t get involved, the legislation. This is an idiotic decision. This guy knows it’s idiotic. He can try to dress it up as much as he wants and make it sound like, gee whiz, he has the high ground here. He doesn’t. This is a great example of a judge that simply, he wrote a 16 page opinion, didn’t have the courage to say, yeah, it’s not going to be. It’s not going to be a perfect case.

There’s going to be some really rumbling going around. In this case, it’s not going to be crystal clear, but let’s hear it. Let’s go, let’s get this in front of the public. Let’s let an appellate court decide whether I overstepped my rights. I haven’t done my background. I don’t know the background on this judge, so I can’t speak to that. A lot of times when you see a decision like this, there’s no surprise, you know.

Mike Papantonio:             They came up through the ranks of corporate America and they don’t want to get involved.

They knew about it as early as I think 1948 was Exxon’s first inkling. Covered it up for all those decades. We could have found out so much more than what’s already been made public and that could have been the info needed to really make this happen. Like the tobacco cases and like the opioid cases because you privatized all the profits and externalized all the risks. We’re on the hook now.

Mike Papantonio:             They, you know, business as usual. Yeah we, I know we had these documents and yes we knew about climate change, but judge, this is so confusing. You’re just aren’t smart enough to handle this as a judge. That’s the way I look at it. When a judge says that, they’re really saying, I’m really not smart enough to do this. We have to let Congress do this. Which as I say, if you’re, if you follow that kind of thinking, we’d never would have done anything with seat belts, or never would’ve done anything with airbags or, you know, opioids or tobacco. This is, this is just a sell out. And I, I just, I really wish I had done my background on this, on this judge before I came in here.