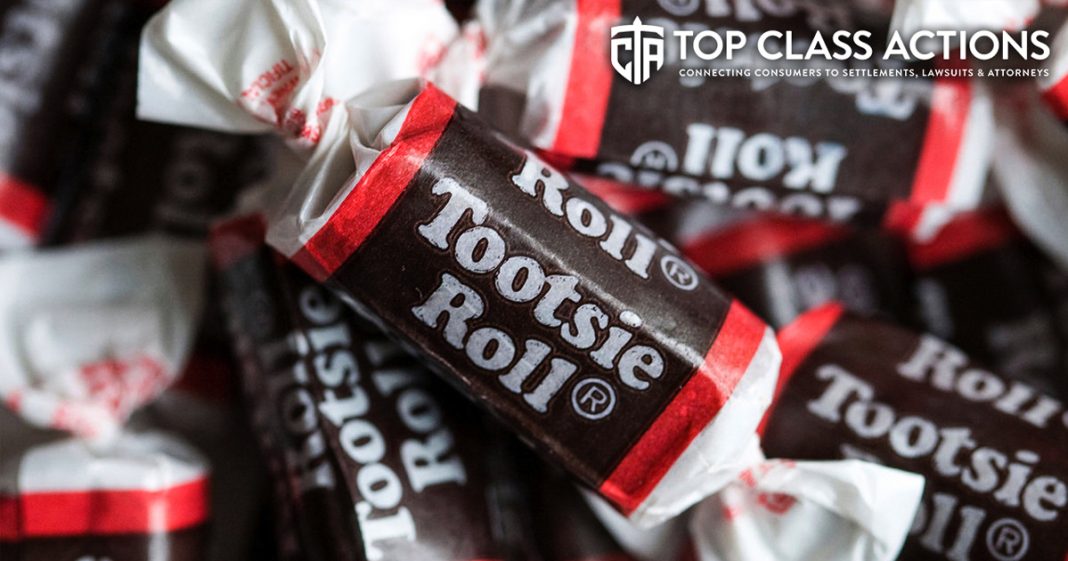 Farron Cousins:                  Tootsie Rolls and Tootsie Pops may be some of the longest running and most popular candies in the United States today and they have been for decades now, but a new class action lawsuit claims that these Tootsie Rolls, Tootsie Pops, and other candies made by Tootsie Industries might actually contain banned ingredients that can cause harm to consumers. Joining me now to talk about this is Scott Hardy from topclassactions.com. So Scott, lay this out for us. What is this new class action alleging with regards to these Tootsie Industry’s products?

Scott Hardy:                          Well, this was a funny one. It’s not one that I’d usually bring up to you, but we looked at it, we ran it, and we’ve already got more than 600 comments regarding this particular class action, and so I thought it was worth talking about because even though Tootsie Industries has not admitted fault in this, they have already changed their formulation for the Tootsie Rolls. And so the class action just says, hey, you guys use partially hydrogenated oil, which of course includes trans fat for years even though it was declared by the FDA as unsafe for use in food.

And so now this class action is trying to seek people who bought Tootsie Rolls and represent those people up until 2016 when Tootsie Industry switched from partially hydrogenated oil to palm oil, which does not contain trans fats. So it’s interesting that, I don’t see this one lasting very long until we see a settlement. My guess is we’ll see a settlement in the next six to eight months because they’ve already said, uh, yeah.

And just through their actions, they have not admitted any fault, but through their actions they’ve already went, yeah, we may have actually included this partially hydrogenated oil. Yes, it included trans fats, but don’t worry you still get your sugar rush. You still get your yummy Tootsie Roll, but we use palm oil instead and that is safer, except for all the sugar, of course, for people to consume.

Farron Cousins:                  Well, here’s what’s interesting. All right, on, on Top Class Actions, you mentioned, you know, this declaration, the one by the FDA in June of 2015, which Tootsie did not change their formula, I believe until December 31st of 2016. So we got a year and a half worth here. But this declaration was allegedly based on the fact that partially hydrogenated oil causes cardiovascular disease, diabetes, cancer, Alzheimer’s disease, and accelerates memory damage and cognitive decline.

Those are some pretty serious problems within the human body. And that’s what this partially hydrogenated oil does. These trans fats, that’s what they do. That’s why there was this big uproar about trying to ban trans fats. It’s not because, oh, we want people to be slightly healthier. It is because they have been found to be dangerous to humans. And as the FDA says they’re unsafe for food products. So Tootsie knew this, their competitors knew this and their competitors were using alternatives. Tootsie on the other hand, decided to stay with this partially hydrogenated oil, didn’t they? Or at least for awhile.

Scott Hardy:                          Yeah, exactly. I wouldn’t be surprised if Tootsie Roll saw this thing get released by the FDA and the findings. They knew it was coming, but they wouldn’t change their formula for a year and a half, not because they couldn’t just go ahead and flip the switch on their, you know, throughout their factory and put out healthier, so to speak, Tootsie Rolls. But they probably already had the supplies bought for a year in advance.

And so my guess is they went ahead and planned to switch over to palm oil, ran through their entire supplies of trans fats knowing that this could potentially cause Alzheimer and cancer and all sorts of problems in people. And then once they were out, they went and switched to palm oil and now they’re probably just going to go ahead and pay their class action tax, so to speak, to people to clear out this issue and move on. It’s how big corporations work is they’ve got it budgeted.

They even got the bad stuff budgeted, they know it hurts people. Unless they’re absolutely forced to drop it immediately, they won’t. They wait for something like this to pop up or they just want to exhaust their supplies. Or until, as you said, the public outcry regarding trans fats gets so much that they have to go ahead and change their ways. At that point, once the public stops buying their products, then they go ahead and make the change.

They were being packed with this partially hydrogenated oil, which again can cause these very serious problems within the human body, so at least they have stopped, but again, you know, the only way to prevent this, not just from this company but from all companies is the public pressure. It is these class action lawsuits that seek to hold these companies accountable, not just for harming us, but for not even telling us that they’re putting this in their product.

The competitors, as we mentioned, they didn’t have this, so it would have been easy for the consumer to say, I don’t want this in my body, so I will buy this instead. They took away our choice and that is always going to land these companies in trouble.

Scott Hardy:                          Right. You wouldn’t want to have Tootsie Roll using the old byline for their Tootsie Pops of how many licks does it take to get to my trans fat? No, that doesn’t actually jingle it all, but you know, hopefully since at least they did fix the issue, they have taken out trans fat. So we’ll see how this class action moves forward.