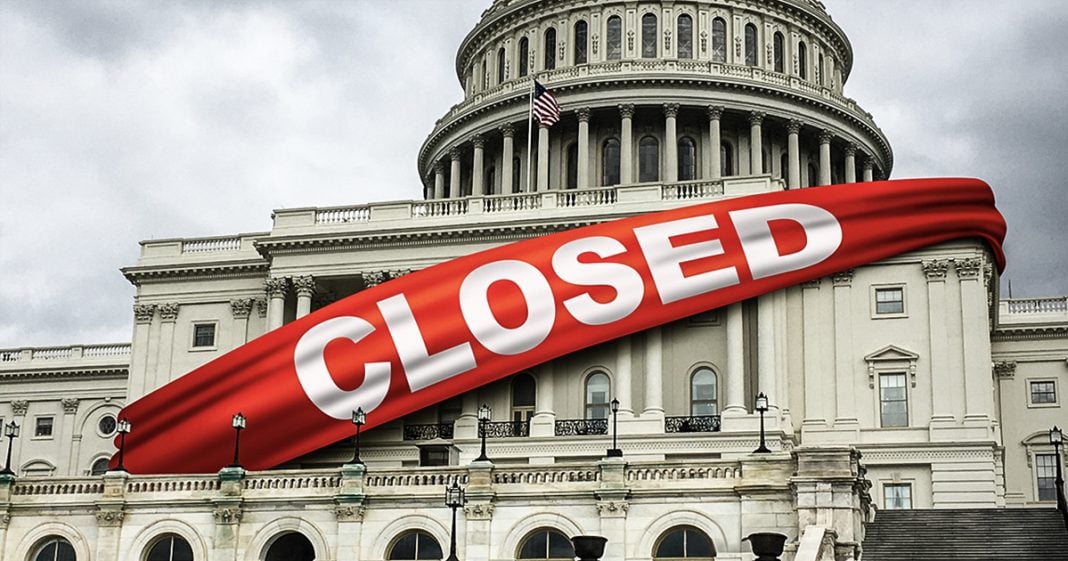 There is currently no end in sight for the government shutdown that has now become the longest in the history of this country, and economists are starting to worry. They are predicting that consumer spending is about to severely contract as buyers begin to worry about the health of the economy and the government, and that contracting could lead to massive economic downturns. Ring of Fire’s Farron Cousins explains why economists are so worried.

Economists are starting to get worried here in the United States that economic growth for this year is going to slow to a crawl. Thanks mostly to the ongoing government shutdown just this week. The White House has already had to adjust their estimates of how much damage the shutdown is going to do to the economy. In the beginning, they predicted that it was going to slow growth by point one percent every two weeks. They have now adjusted that and said, uh, looks like it is causing and will continue causing point one percent, uh, drop in growth per week. So literally the damage that they predicted, it has now doubled what’s actually happening. Double double the economic damage. And for those of you who think that point one percent of our economy shrinking is not that big of a deal. Consider the fact that when the economy grows by one and a half or two percent were out there celebrating in the streets, like we’ve just had some big accomplishment and we’re inching closer and closer to slowing.

So far this year by an entire point to start 20, 19. Yes. This is a big deal point one percent is a fairly large number when you’re talking about the entire US economy, so economists are out there right now trying to warn us that this is not sustainable, this is going to have ripple effects and it is already having ripple effects throughout the entire economy, specifically what it’s hurting right now as overall consumer spending, and that’s obviously not just the people, the 800,000 federal workers who aren’t being paid, it’s everybody else as well because as uncertainty spreads through the economy, people don’t know if they’re going to get paid. People don’t know if the shutdowns going to end. They don’t know what it means for their job. If they’re dependent upon government contracts, they don’t know what it means, so they stopped spending as much. They try to put some of it away.

You know, even people who do live paycheck to paycheck, they’re now going without necessities just because they aren’t sure that a paycheck’s going to be showing up in two weeks. They don’t know what’s going to happen to their job and that’s what happens. That’s why every little tick, every talk of the economic clock can have such a massive effect throughout the entire economy. Wall Street is starting to freak out a little bit too because again, a lot of the big stocks here in the United States, those are government contractors. You know your Boeings, your lockheeds, your people who profit off war with the government shutdown. They may not get those checks. They may not be able to do all the things that they think they’re going to do, and to be honest, part of that is pretty good thing, but overall, the slowing of economic activity in the United States precipitates more slowing.

That is what happens. That is how an attire economy eventually starts contracting and that is what economists are warning us has happening right now, and as I’ve said multiple times, we already have an economy that’s built out of Straw, right? It doesn’t take much to knock this entire thing over a government shutdown as the kind of thing that could do it. Donald Trump’s trade wars were something that could do it. When you add all of these little bitty things together that each in their own had the ability to destroy this economy, you start to get a much clearer picture of the fact that this economy, at some point in this year, and this is what economists are telling us, is about to all come crashing down.