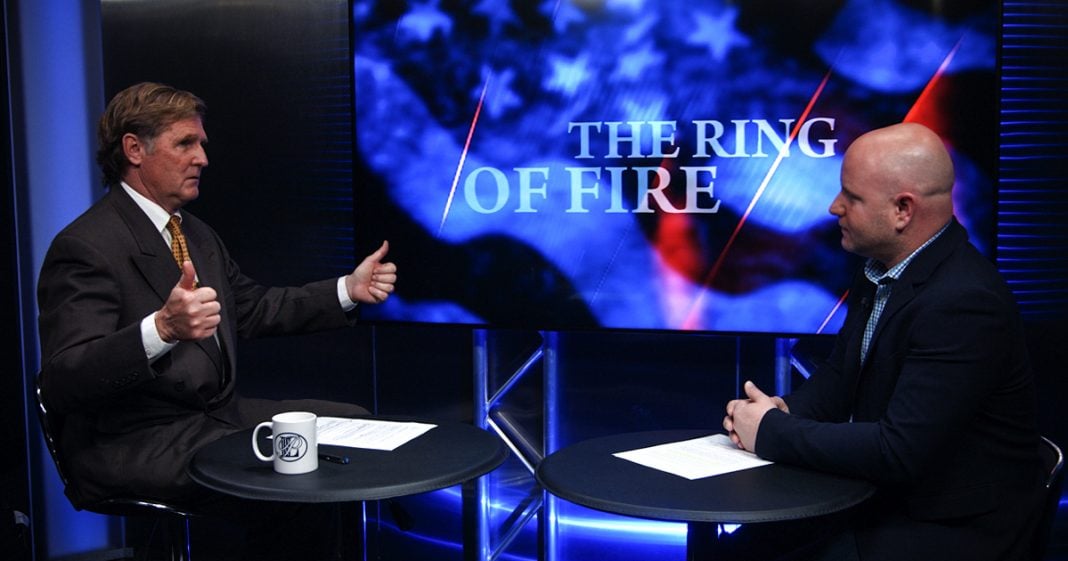 A small group of Republicans – led by Senator Ted Cruz – have introduced legislation that would put term limits on members of Congress. This isn’t the first time Republicans have tried to get this done, and there’s a lot of debate over whether or not term limits are the best option. Ring of Fire’s Mike Papantonio and Farron Cousins discuss this issue.

Mike Papantonio:             A small group of Republicans led by Senator Ted Cruz have introduced legislation that would put term limits on members of Congress. This isn’t the first time Republicans have tried to get this done and there’s a lot of debate over whether or not term limits are the best option. Okay. We’ve heard the discussion before constitutional amendment requires what, two thirds of Congress to vote on it, and then was it three quarters of all the states? I believe it’s three quarters of all the states to ratify. Long shot, real long shot. Take it from there.

Mike Papantonio:             Farron, I’m fascinated by what you just said. You’ve gotten criticism and I have too about coming out and saying we need term limits. What could there possibly be that would upset the average person who has a brain about term limits? What is, what is the criticism you’ve gotten?

Farron Cousins:                  Well, then we’d have to say goodbye to Bernie Sanders. Well, Bernie Sanders, just in November, that was his election to a third term, so he’d only been to the Senate for 12 years and I understand that that means saying goodbye to literally one good guy. It also means, would’ve gotten rid of at the time, McCain

Mike Papantonio:             All the trolls, man. Get rid of them. I know that you’ve said this before, that when you do a store like this and you talk about the need for term limits that progressive’s write you back. How could you possibly say that? You’re going to affect Bernie Sanders or Elizabeth Warren. God, I mean, give me a break, think through it just a little bit. Okay, so let’s, let’s talk about this. To date, I think there’s about 33 amendments. I don’t remember the exact, about 33 amendments that had been proposed, 27 or so were ratified. Not really meaningful stuff though, I mean.

Mike Papantonio:             It’s an interesting mixture. You Got Marco Rubio, you got Mike Lee from Utah, David Perdue. These are all, these are all Republicans.

Mike Papantonio:             You know what this is about? They’re projecting 10 years down the road. They see a trend taking place and so they’re saying let’s do this, but the truth is it’s a good idea whether or not they’re their rationale is what we would agree with or not, it’s a good idea.

Farron Cousins:                  Well, and when you look at what’s coming up in 2020, there’s actually more Republican senators up for reelection in 2020, including some who would be affected by Cruz’s term limits, which would be two terms for a senator. So 12 years total. Not a bad limit there.

Mike Papantonio:             No, look at Nelson, my God. When Nelson was running against Scott, I wanted to put a mirror under his nose to see if there was any condensation. The guy looked like a walking corpse and so obviously Scott beats him and he was just a weak candidate man.

Mike Papantonio:             McCain is a great example. McCain was, was barely even recognizable as statesman by the time his term was, you know, the last time he ran, I don’t know if you know this story, but he runs and you remember that. Okay, so you’ve got an economic burn down, right? Obama was running against McCain. McCain says, oh, well, we’re going to, let’s stop our election process and I’m going to go to Washington to solve the problem. Do you remember that?

Mike Papantonio:             Okay, so the stories that came out of him going to Washington, he said, I got a plan. He shows up for this meeting that’s taking place in the White House saying, everybody says, where’s your plan McCain? He had no plan. He had become simply kind of a nutjob running for president, and that’s what these people simply lose. They lose touch with reality and McCain’s a great example. I mean, my God, you know, if we, he’s not the only example though.

Farron Cousins:                  So why is it that this person can run and serve for 30 years and the person in the White House only gets 8? Let’s limit them all. Put fresh faces in there and as an aside there, you’re not going to have somebody who over the course of their career just took 30 million from fossil fuels. They can’t spend enough to keep up with term limits either. You’re going to inadvertently and to a smaller extent, solve another problem along the way.

Mike Papantonio:             Yeah. Look, do me a favor, would you, once you get all the criticism about this segment, send it to me because I really want to read it. It’s, it’s almost laughable. Some moron saying, oh, well, how dare you talk about term limits. Go figure.