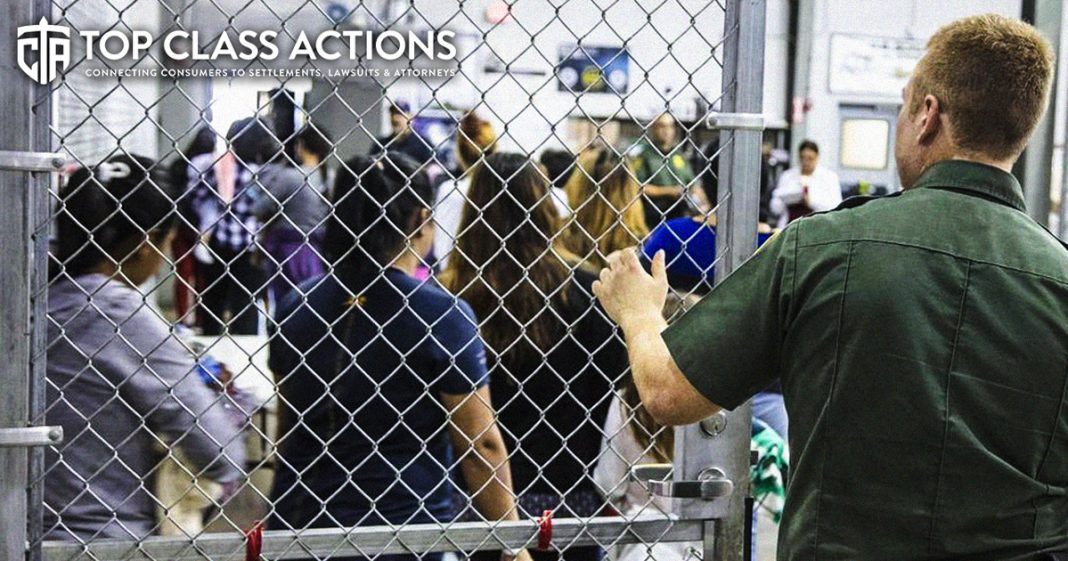 Farron Cousins:                  Since the government shutdown, officially began on December 22nd, the Trump administration has actually been trying to argue that because the government has been shutdown, all of the lawsuits against this administration and there are plenty of them, but all of them should be put on hold, you know, because we shutdown the government. But this past week a judge said absolutely not. And there is an issue that this judge was hearing arguments on regarding teens in immigration detention that this judge says no, this case has to go forward because this is a very important case that affects the lives of these detainees.

I’m joined now by Scott Hardy from topclassactions.com to tell us exactly what’s going on. So Scott, you and I in the past, we’ve talked, spoken several times about the immigration issue. The detention camps, the lawsuits coming out of that. This one is not one that we have touched on before. So explain what this particular suit is about and then what this judge told us earlier this week.

You can’t pause them because it’s not like these kids are sitting there going to school and they’re able to stay with family. No, they’re quite literally locked up and so they have to stay in these camps and work through it and wait for these lawsuits to bear out. And it’s interesting that now this class action has been certified and by being certified, it means that the judge says there is merit to this lawsuit. There are reasons behind it that, you know, we need to hear what this is about. And there are a lot of people that are affected by it because the class has been certified that says yes, the judge is recognizing that there’s not just one person out that is effective to.

No this is hundreds, thousands and thousands of people that are impacted by this class action. And they have that right to an actual trial, to a jury trial to determine whether or not what the government is doing is illegal by continuing to separate families. And by not allowing these teenagers to go with their extended family or with loved ones here, United States as they await the hearings for their immigration status, which could take years and we shouldn’t lock these kids up while they’re waiting for it. In my opinion.

So we shouldn’t go forward with these lawsuits right now. And the judge actually cited a previous law that said, well hold up, it says that they can come to work, we can go forward with these cases if it’s a, you know, an emergency involving safety of human life or the protection of property. And the judge says, absolutely, this is a matter of the protection of human life. You know, there are plenty of unaccompanied teenagers who do come to the border seeking asylum, which is 100 percent legal.

They should not be locked up. They do in many cases have relatives here, other people here that they could, it would be more than happy to go and stay with while they’re waiting for their asylum hearing before they go in front of the immigration judge, but instead we’re throwing them in these detention camps and many times as the suit against ICE alleges, we’re throwing the teenagers in with the adults and it’s, that’s not how the system works. And so everything.

Farron Cousins:                  I mean, everything right now about what we’re doing is broken and, and thank goodness we have this judge who says, no, no, no, no, no, you’re not going to stop these suits regardless of the shutdown. We’re moving forward.

Scott Hardy:                          Right. It’s very scary when you’re mixing, you know, teams that are at risks that, that, that could be under the risk of getting assaulted or hurt in some way and you’re mixing them with adults and you know, it’s a very scary situation when you are trying to take these kids away from an environment where they could be protected by family and friends and they, they shouldn’t be forced to wait in essentially immigrant jail while their course, what their trials and their immigration status is under review because as you said, what they’re doing is perfectly legal.

They’re coming to the United States, they’re asking for asylum and they have to go through that process and if they can go through that process while they’re being with loved ones and they’re not getting monitored and at a camp where we are paying for it, why not? If these kids are low risk, they’re here. They’re, you know, they’re not violent offenders. They’re not criminals by any means. All they did is come here for asylum. Let’s go ahead and not pay for their room and board. Let’s not pay for them to be fed every day, let’s give them to their family and loved ones so they can get the care they need while we just continue to wait and review their status.

And really right now, the court system is the last place, the last, you know, a real barrier that we have to protect these people coming into the United States. For more information on this story and countless others. Follow the link in the description of this video. Check out topclassactions.com. and while you’re there, make sure you subscribe to their newsletter to stay up to date on all of the issues that matter the most to consumers. Scott Hardy from topclassactions.com. Thank you very much for telling us this story.

And really right now, the court system is the last place, the last, you know, a real barrier that we have to protect these people coming into the United States. For more information on this story and countless others. Follow the link in the description of this video. Check out topclassactions.com. and while you’re there, make sure you subscribe to their newsletter to stay up to date on all of the issues that matter the most to consumers. Scott Hardy from topclassactions.com. Thank you very much for telling us this story.