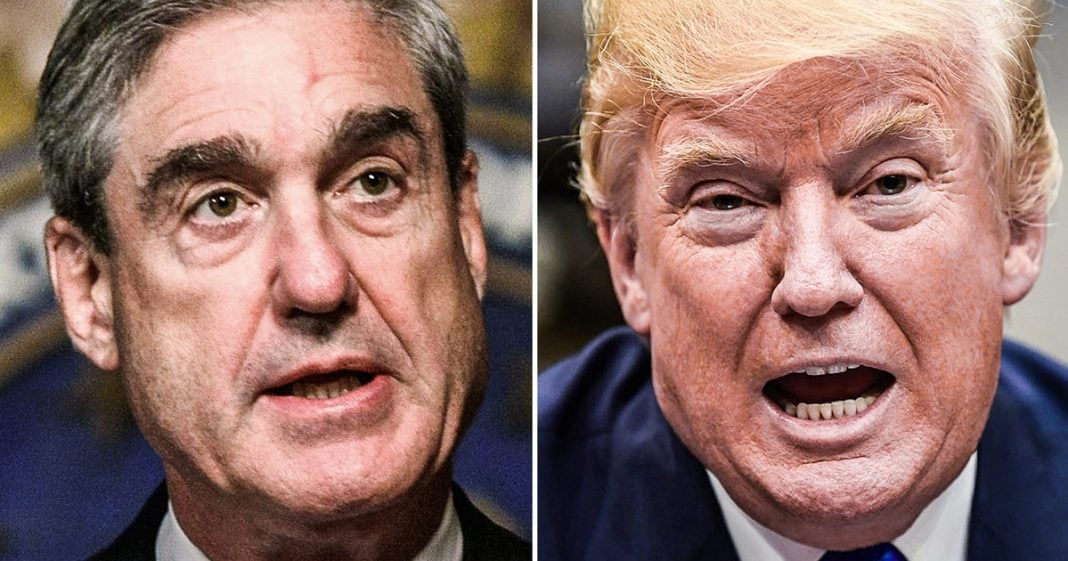 The White House has gone on a hiring blitz in the last few weeks, bringing on at least 17 lawyers to help protect Donald Trump from the forthcoming Mueller Report. The President is running scared, and he has apparently figured out that his braindead lawyer Rudy Giuliani isn’t sharp enough to save him from whatever might be in the special counsel’s final report. Ring of Fire’s Farron Cousins discusses this.

With all of the talk recently about Donald Trump’s border wall, his address earlier this week, meeting with the Democrats has misspelled tweet about California fires and FEMA. Uh, it’s easy to forget that the man is still under these massive investigations that threatened the legitimacy of his entire presidency. It’s easy for the public to forget that, but you know, who hasn’t forgotten it. Donald Trump himself. In fact, this whole wall government shutdown business has been a great distraction for him to beef up his legal team behind the scenes without the public paying attention. According to reports, the White House has hired at least 17 more lawyers in order to fight off the upcoming Mueller report from the Special Prosecutor’s office. 17 new lawyers basically amassing an army of attorneys to help fight back whatever is going to come out of the Robert Mueller report, which the administration expects could come as soon as the beginning of February. So we could just be a couple of weeks away from this final report coming out.

We could also, based on past investigations into presidents, be several years away from the final report coming out. That’s the scary thing we don’t know, but this administration is sure as hell preparing themselves to fight off whatever happens and one of the jobs that these lawyers are trying to do is figure out how Donald Trump can block the release of the report from the American public. Now, if he is able to do this, I promise you, fear not there is going to be away for this stuff to get leaked out to the press. You know somebody is going to get their hands on it and it’s going to become public. Whether it’s somebody that worked on the team, somebody inside the government trying to be a hero or hell, maybe just the Democrats subpoenaing it, getting it and then releasing it. Either way, if Trump tries to hide it, the hiding is not going to last very long, so that’s not something that I’m even particularly worried about.

Plus if he attempts to do that, just go ahead and add one more tally mark to the list of things we can impeach him for. But here’s the thing, the molar report, while a lot of people’s a us, the big one, we got to wait for that. When we got to wait for that one, even I’ve said that in the past, there are still plenty of impeachable offenses that the president has already committed that we know about that we could impeach him for. We technically don’t even need that. We do not need the molar report. I mean, we already know he’s individual one and the Michael Cohen, a campaign finance, uh, uh, criminal activity, we know that we know about the charitable fraud that took place with his organization, which is also a crime. Those are known and those are 100 percent impeachable offenses and those are happening up in New York where he can’t pardon himself or his kids.

That’s what’s so great about those. Nonetheless, he seems to be focused on the molar report, which to me kind of tells us that this one would be the most damaging to his ego. Not necessarily his presidency, but two is ego. Because we have seen this man do all sorts of things that have undermined the legitimacy that have been borderline impeachable offenses since the day he became president. The only thing he cares about is his ego, so there must be something that they know about in that molar report that’s just at the very least going to make Donald Trump look like a pathetic and weak individual.