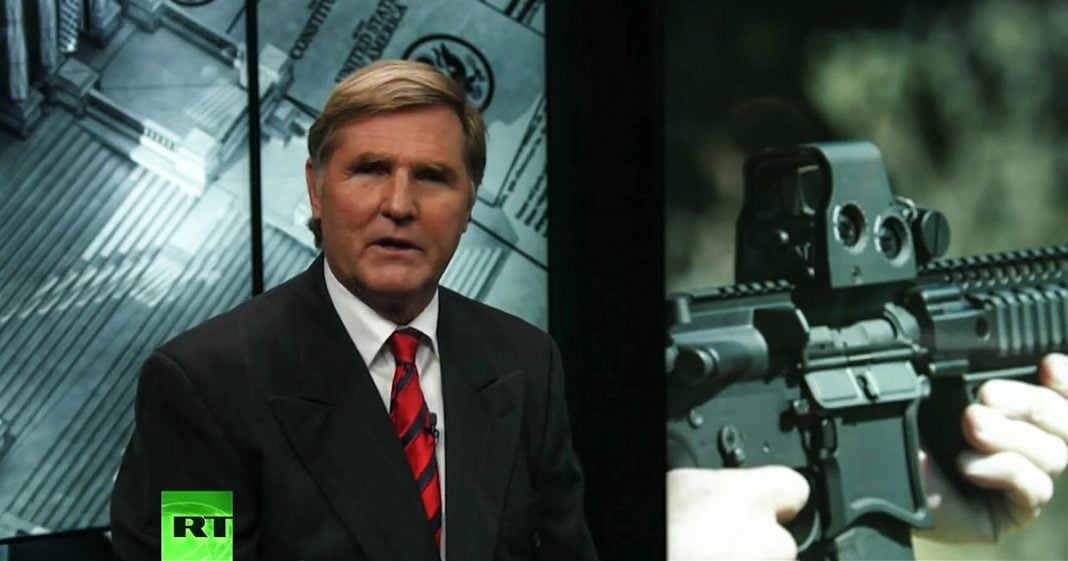 Via America’s Lawyer: The Trump administration has finalized rules that officially ban the sale and ownership of bump stocks for firearms. Mike Papantonio explains more.

And finally tonight, some good news, shortly before the end of the year, the Trump administration finalized some rules that officially banned the sale, use and ownership of bump stocks for firearms. These deadly devices are used to basically turn semiautomatic rifles into automatic rifles by using the guns own force to re-cock and fire more rounds. The bump stock was used in the deadly Las Vegas mass shooting in 2017, and it allowed the shooter to kill and injure even more people than would have been possible using the regular firearms.

This is a huge positive move, but it’s also already sparked lawsuits from pro gun groups who claim that it’s some sort of liberal effort to take away their second amendment rights. Regardless of your opinion on Trump, you have to give the man credit where credit is due and banning these deadly devices was something that past presidents never had the courage to accomplish, Democrat and Republican, but finally it’s been done.