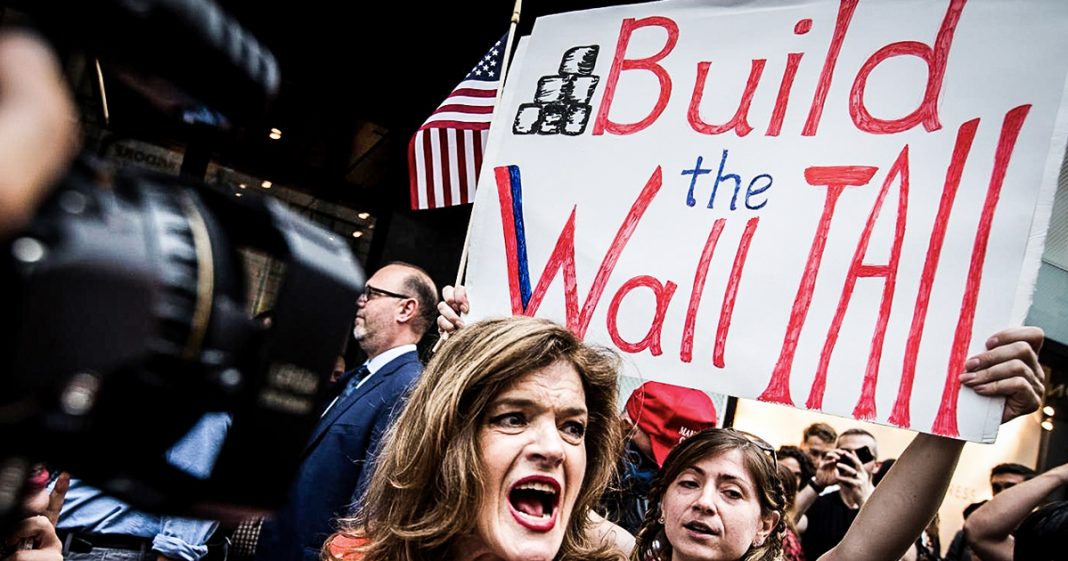 After careful analysis of survey data, polls, Presidential speeches, and responses from citizens, researchers have found that people who support Donald Trump lack basic compassion and empathy for their fellow human beings. What’s interesting is that these studies have found that both Democrats and Republicans are allegedly equal when it comes to caring for others, but the subset of Trump supporters studied were the outliers, showing no compassion for anyone. Ring of Fire’s Farron Cousins explains the results.

An interesting new piece came out this week from a professor and researcher and lecturer at the University of Pittsburgh that laid out exactly how and why Trump supporters are so awful, and as it turns out, based on polling data, based on conversations with these people, based on tests given to these people and compared to their voting habits, people who support Donald Trump as a whole tend to lack compassion and empathy for their fellow human beings. That is what this paper has determined based on all of the empirical evidence available. Now, here’s what I found interesting about this particular paper, first and foremost, is that a Democrats and Republicans, the average Democrat and the average Republican, uh, typically have about the same amount of compassion according to the data, you know, they both equally give charitably, you know, typically on average a donate their time to help the less fortunate and things like that.

However, the difference in the two, just Democrat and regular Republican, is that Democrats tend to let their compassion help dictate their political choices. Whereas Republicans, if their candidate does not specifically mentioned compassion, they’re less likely to let their personal compassion influence their political choices. Differences, Trump supporters the die hard. Trump supporters do not have that compassion in their daily life that the typical Republican does. According to the paper they do not give charitably, they do not concern themselves with the welfare of others and they do not wish to see others less fortunate. Succeed. They have no compassion. They are true sociopath’s. Now, the paper does not necessarily use that term, but I am going to use that term because it is accurate. They do not view or have any kind of sense of the emotions of others and if they do, they don’t care about them.

Nothing matters outside of the person itself. That is true sociopathic tendencies among these diehard Donald Trump supporters. Now, none of this is surprising. I mean honestly, this is something I have been saying for over a decade at this point and that is that Republicans do not care about people and this paper does confirm that as well. Even the ones who do have compassion in their daily lives, they do not let that compassion influenced their policies or their political choices that people they vote for. So what good is compassion in your personal life? If you’re going to go out and vote somebody who says, we’re going to kick people off food stamps, we’re going to cut social security. We’re going to burn down this planet and everyone living on the coast is going to suddenly have to deal with an extra two to three feet of water in their living room. That’s not compassion. You can’t have compassion in one area of your life and not the other. You can’t turn it off and on. Democrats don’t according to the data, but Republicans do, but even those republicans who can turn it on and off are nowhere near as bad as the die hard Trump supporters who don’t even have an ounce of compassion in them.