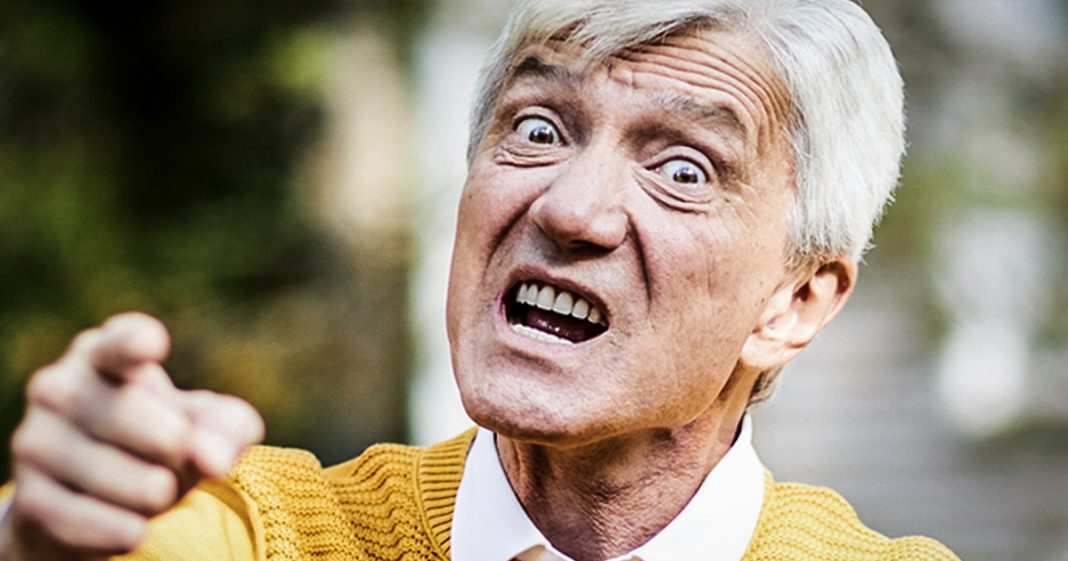 A new study has confirmed the obvious: The bulk of the fake news being shared on social media sites like Facebook is coming from people over the age of 65. And, to no one’s surprise, most of them also happen to be conservatives. But the real problem is that fake news has been shared for decades, we just didn’t have a catchy name for it, as Ring of Fire’s Farron Cousins explains.

According to the results of a new study, those over the age of 65 and those identifying themselves as ultra conservatives were seven times more likely than any other age group in this country or political group in this country to share fake news on social media. Now, this is the result of a study that’s been conducted by professors at multiple different universities working together to find out exactly how bad the fake news situation is on social media, especially during the 2016 presidential election and their results, which shouldn’t come as a surprise to anyone showed that, yeah, those over the age of 65 shared the majority of the fake news on social media and the majority of all of those people were also considered ultra conservative. Now, here’s what’s really actually interesting about this study. I’m going to have to read a couple of points here. A says, when other demographic factors and overall posting Tennessee’s are factored in, the average person older than 65 shared seven times more false information.

Then those between 18 and 29, so good job. Younger Generation, 18 to 29. Your sharing the least fake news, so thank you. A senior shared more than twice as many fake stories. People between 45 and 64, so that age group is getting a little iffy too. Um, and more than three times that of people in the 30 to 44 year old range. So this study confirms also that the older somebody gets, the more likely they are to believe and share this fake news. It gets even more interesting here. I’m the researchers looked at differences in gender, race, and income, but could not find any statistically significant differences in sharing a false information. But what they did find, since there’s no differences in age, gender, race, whatever, the very conservatives shared misinformation, six point eight times more often than the very liberals and six point seven times more than moderates. People who called themselves liberals, essentially shared no fake stories. That’s from the report shared no fake stories for the liberals.

That’s pretty impressive, right? And you gotta hand it to the left a little bit. They’re not the ones out there spreading misinformation on social media. That mantle, according to this study, belongs to conservatives. And more importantly, elderly conservatives, but here’s the thing, we have had fake news being shared in this country for decades. You know, it didn’t start with Fox, it didn’t start with Breitbart or the daily caller. It’s been going on for a very long time. We just didn’t have this catchy little name for it. They call it fake news, but in recent years, as more and more of these little fly by night grifting conservative sites pop up, fake news has become more prevalent and that’s the problem. And the bigger issue as well is how do we teach people to recognize fake news when they see it? How do we teach people to sort through all the crap and find what’s actually accurate?

Obviously according to the study itself, liberals don’t have a problem with that. They’re pretty damn good at sorting out what’s real and what’s not. It’s those elderly conservatives who are too willing to believe anything that they see online and immediately share it with all of their friends. That’s the real problem that we have to deal with and unfortunately I don’t have an answer as to how we go about that. The only thing we can do is continue pushing the truth, continue sharing the truth, and hope that over time we can convince these people that they have been wrong and that they’ve been duped by these conservative grifters who seem to come up with a new daily caller, daily wire, daily liar website every single week.