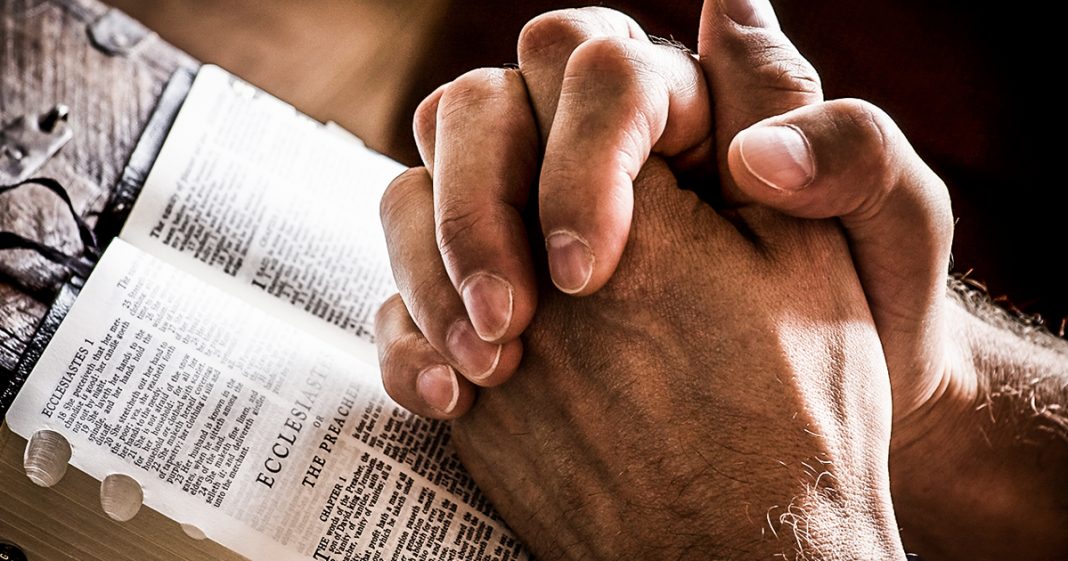 A group of Republican lawmakers in North Dakota have introduced legislation that would require public schools to teach units on the Bible – both the Old and New Testament. This is, very obviously, completely unconstitutional, but that might be exactly what these lawmakers are aiming for. If they can get this challenged all the way to the US Supreme Court and the new Republican majority there, they just might have a shot to make this a nationwide thing. Ring of Fire’s Farron Cousins discusses this.

Republicans in North Dakota have actually proposed new legislation that would allow public schools to teach our children their students about the Bible. The legislation says, Hey, it can be old testament. It could be new testament, it could be a mix of the two. We don’t care. We just want to put the Bible back in the public school classrooms like it might have been 200 years ago. Maybe. So here’s the thing. Obviously these lawmakers understand that this is a highly unconstitutional move. Um, this has been attempted in some areas of the country, particularly Kansas, except the Kansas is able to kind of get away with it because for the most part, they’re teaching it objectively. They’re not teaching it as fact. Now, West Virginia who has also attempted to do this has run into a lot of legal problems because they are teaching it as fact in West Virginia.

Uh, some schools in West Virginia teach their students public schools that Adam and eve coexisted alongside dinosaurs. That’s part of the curriculum. If you take these Bible classes, Kansas claims, they’re only teaching the Bible to, you know, the literary aspects of it. Um, you know, the historical context and how this has changed society’s over the years. That’s important to know, but the level of, you know, complexity, there is really something that’s best saved for a college course, not a high school or middle school curriculum. Nonetheless, that is exactly what these law makers in North Dakota are wanting to do and this is absolutely poisoning education here in the United States at a time when some school districts are still trying to get rid of the teaching of evolution, getting rid of some other forms of sciences, rewriting history books to tell us that slaves had it pretty damn good here in the United States.

So we’re diluting and distorting other areas of education and now we want to bring in just complete works of fiction and teach them as if they are fact. This is not going to end well for the United States and hopefully it’s not gonna end. Well for the North Dakota, this is unconstitutional. We have the separation of religion from schools because if you promote a religion, you can’t get government funds. That’s how it goes. But that is exactly what they’re trying to do in North Dakota. It’s what they’re doing in Kansas, in West Virginia, and this has to stop the acl. You has said that they’re already ready to do whatever is necessary in North Dakota. They have helped the situation in Kansas and they’ve challenged the situation along with other civil rights groups in West Virginia, but should this go to the courts? Should it be appealed all the way to our very conservative us supreme court and found to be constitutional that’s going to reshape education here in the United States and it’s not going to do it in a good way.

It could force public school students to sit in a class and learn about the Bible without hearing anything about the Torah, the Koran, or any other religion. They would be indoctrinated into Christianity and Christianity only and that is the main reason that this ends up being unconstitutional. If you’re going to look at the literary aspects of these texts, how they’ve shaped societies over the years, then you have to include every one of those books because each of them has had an equal impact. On the history of mankind, but to only talk about one, to only talk about the Bible, that is 100 percent. The government funded schools promoting a particular religion and that is unconstitutional.