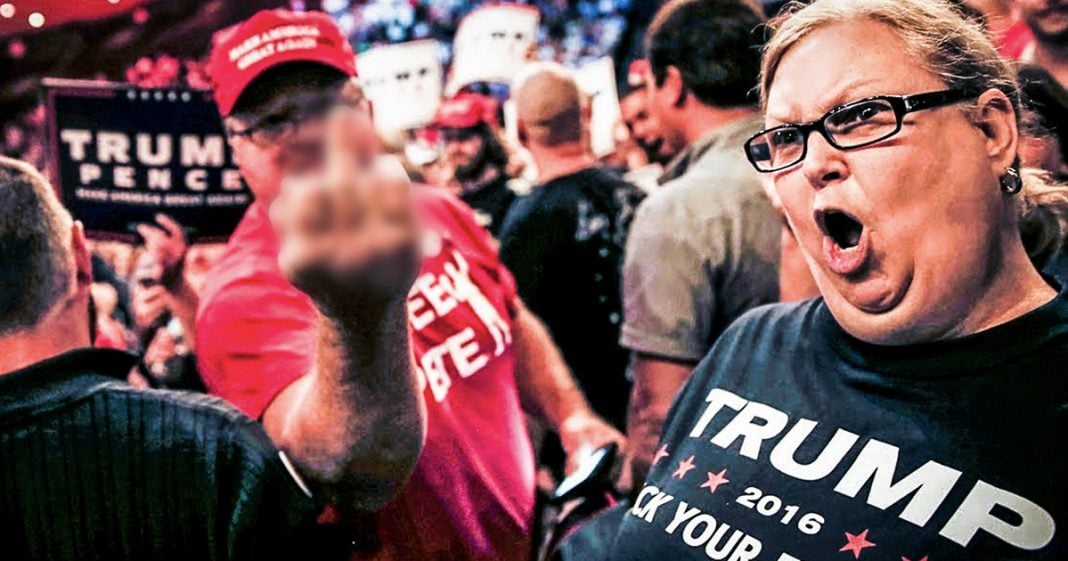 Trump voters in environmentally-sensitive areas that have become dumping grounds for corporations are starting to realize that the President and the Republican Party are perfectly fine with poisoning their children, and the voters aren’t too happy about this. But this has been a hallmark of Republican government for decades and didn’t originate with Trump, so why are they just now starting to figure this out? Ring of Fire’s Farron Cousins explains this issue.

Trump voters all over this country are the ones who have been the most adversely affected by the policies that have come out of this. Trump administration, farmers in the United States had been the hardest hit with his trade wars families in low income areas, low income states. Red Counties are the ones who were the most adversely affected by the environmental pollution that he is allowing to increase here in the United States, and that’s where we are right now, and unlike a lot of the farmers who have been impacted, the people who have been impacted by these corporate toxins are actually starting to turn on Donald Trump and the Republican party specifically according to a new report in salon voters in Indiana’s Johnson county now for years in Johnson County, there has been this toxic plume of tri chloro ethylene TCE. This has existed long before Trump came into office, but it’s highly toxic.

It comes from decreases degreasers and stain removers and builds up a overtime in the environment. Obama, to his credit, came out and said, we’re going to try to curtail the use of TCE in cleaners and de greasers and anywhere else it’s used. We’re going to look into it more. We’re going to study it. We’re going to find out exactly how and why it’s killing people. Well, in Johnson county where this toxic TCE plume actually exists, majority of people that voted for Donald Trump, and now according to this salon report, they’re furious with him. Why? Because their kids are developing cancers and not just cancers as the voters say, cancers they’ve never even heard of. We’re talking about glioblastomas. A ewing sarcoma, which is a rare bone cancer, uh, acute lymphocytic leukemia. These are children about 20 of them so far just in the last couple years who have developed these rare and often incurable cancers as a result of their exposure to TCE.

Now again, Trump didn’t put the TCE there, the TCE wasn’t put there during the Trump administration. Let’s get that out of the way. But the Trump administration did come out and roll back those TCE rules that the Obama administration had put in place. They’re rolling back rules on all sorts of other toxic chemicals, so these parents in Johnson County and in other places across this country who are having to watch their children’s slowly die from these corporate poisons. They understand that we need regulations and they’re sick and tired of being duped to vote for Republican politicians who roll back. These regulations tell corporations to bring on the toxic waste because none of them get affected by it. You don’t see corporate ceos going and developing glioblastoma bone cancers or acute lymphocytic leukemia because they were exposed to their own chemicals. You see it in their workers.

You see it in the children who play in this crap because they didn’t know corporations dumped it there. You don’t see it happening to politicians. You see it happening to the public and these Trump voters are waking up and they are pissed off and they have every right to be pissed off as does anyone in this country who doesn’t want to see their children or their parents, their brothers, sisters, friends themselves develop cancers that they can’t even pronounce because we thought it would be a good idea to let corporations dump their toxic waste in our backyards.