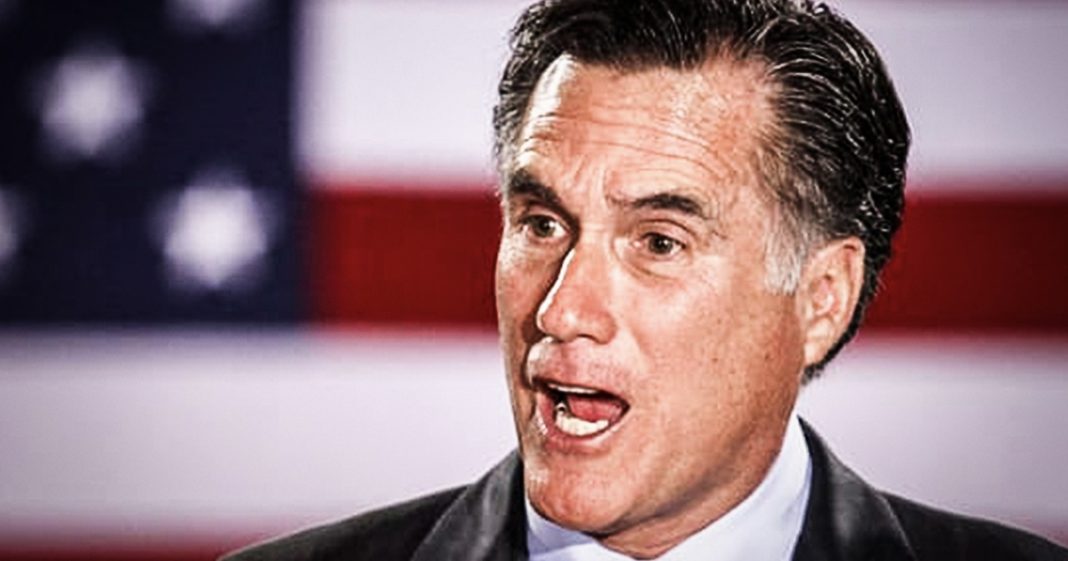 Republicans told us for years that we needed to run the federal government like a business. We’re now two years into their little experiment and it has been a complete failure by every possible measure. We’ve had three shutdowns in the last 12 months, workers are getting stiffed, the economy is as fragile as ever, and consumer costs are going through the roof while the rich get richer. Make no mistake, this is exactly how businesses in America work, but it doesn’t work as a governmental system. Ring of Fire’s Farron Cousins discusses this.

You know, one of the biggest talking points from the 2012 presidential election when Mitt Romney was the Republican candidate, it was let’s run government like a business. They thought Romney, former governor, but most importantly a businessman guy who amassed a fortune of $250, million dollars, at least he would be the perfect man to try out this run government like a business experiment, except for the fact that people forgotten. Mitt Romney made his a hundreds of millions of dollars by starting being a member of Bain capital, which basically just bought up smaller companies, stripped him down to the copper and the walls, sold everything for a profit and then moved on to the next one. They weren’t savvy businessmen. They were corporate predators and vultures and that’s how they made all their money. Luckily we didn’t have to go through the Romney experiment because he lost the election in 2012 to Barack Obama.

Then 2016 came along and we got stuck with this guy, Donald Trump and republicans had been telling us since day one, this is great. We’re going to run government like a business. Unfortunately, they didn’t tell us it was going to be like one of Trump’s businesses, you know, like Trump airlines, Trump steaks or Trump university or Trump’s casinos, all of the things that went bankrupt. Trump water. Yeah, all of those failed miserably because as it turns out, Donald Trump’s not a great businessman, but even more importantly, the United States government is not a business. Now, they have damn sure been running it like one and we have the proof of that. Why? Because the richest in the country are making more money, but the rest of us, the workers, the voters, everybody we’re not. We’re the ones getting screwed. They’re taking away our protections just like any non-regulated corporation would do to their workers.

They just gave themselves massive raises. This week after Trump signed an executive order telling the rest of the federal workers in the government, you don’t get anything. You can’t have a raise this year. Federal government shut down at the moment. So we have 800,000 federal workers not getting paid. Trump’s getting paid. Oh, he says he’s not accepting his salary, but he’s still a billionaire. So what does it matter? Pence is getting paid. All those other millionaires and billionaires running his departments are getting paid and we’re getting screwed because our government’s not even functioning at the moment. Yeah. We’re running government just like a business and just as everyone expected. It’s been an absolute miserable failure for everyone in this country except those at the very top.