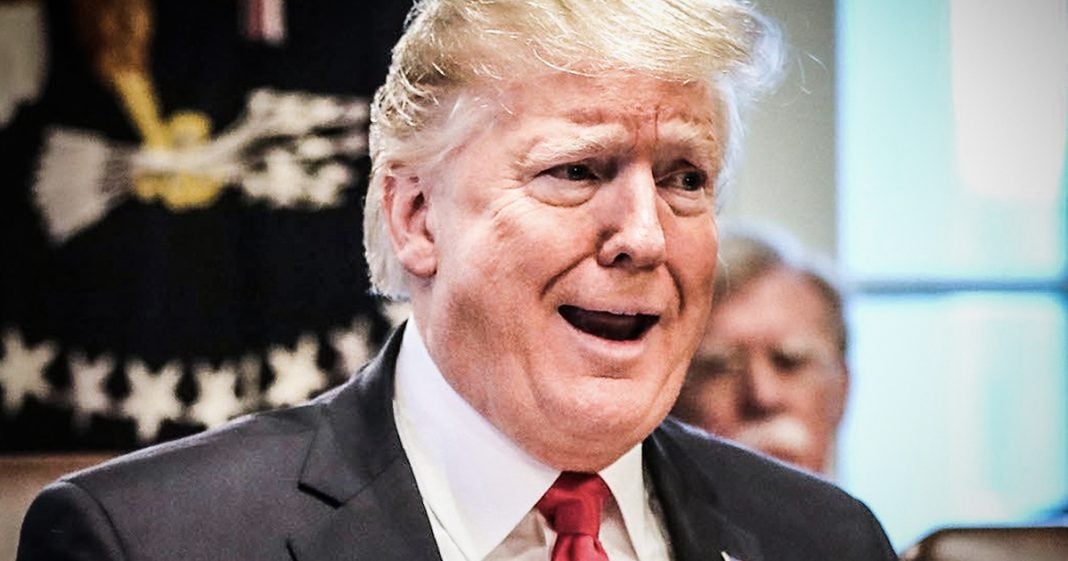 Donald Trump said again yesterday that he is fully prepared to declare a national emergency in order to circumvent Congress and build his border wall. Not only would this action put him at a severe risk of facing punishment for abuse of power, but it also won’t actually give him the funds that he wants to build the wall. Ring of Fire’s Farron Cousins explains what would happen in this scenario.

So yes, he could declare emergency if he ran out of ketchup in the White House. He does have the authority to do that. Here’s the thing, just because you have the authority to declare a national emergency that does not automatically give you access to the funds and that’s what he’s after. So that’s the good news of all of this. Here’s the way it plays out. Uh, he basically, if he were to declare a national emergency, would have two options here. One, you send in the military, if it’s that kind of national emergency, in which case the military, our soldiers, our troops would then be the ones that would have to build the wall in order for the funding to be legit. He would not get the funding if the military itself wasn’t carrying out the project. So probably not something that’s going to go over super well with the military and that is actually the more difficult option for him to do.

The second, as he has said, is that he could just dip into the National Emergency Fund, right? Well, no, you actually can’t because the president under this National Emergencies Act is required to submit to Congress what he wants to do. He has to send a list, like, I’m going to do this. I’m going to take this much money. I’m gonna, spend this much money on this and here is how everything plays out. Congress. Do you approve? And if Congress says no, then we’re right back at square one at this point. So yeah, Donald Trump can whine and cry all he wants about a nonexistent emergency and say that, oh, I’m going to declare a national emergency. Go ahead. It’s not going to change the current situation that we’re in and you’re still not going to get the funding. All it’s going to do, as legal experts have pointed out, is shift the blame from Republicans to the court systems where this would inevitably end up, and let’s not forget that today is the day that our federal court system officially runs out of money and begins operating on skeleton crews as of this coming Monday.

So good luck trying to get that through a court system during this government shut down. The president is in a corner at the moment and some say that that makes them weaker, but to me it does make him more dangerous. This man doesn’t know what to do. He doesn’t know how he got himself into this situation and he sure as hell doesn’t know how to get himself out of it. So like any animal that’s caged or corner, he is going to start lashing out and given the powers that he does have, it’s going to be pretty scary to see how this thing plays itself out.