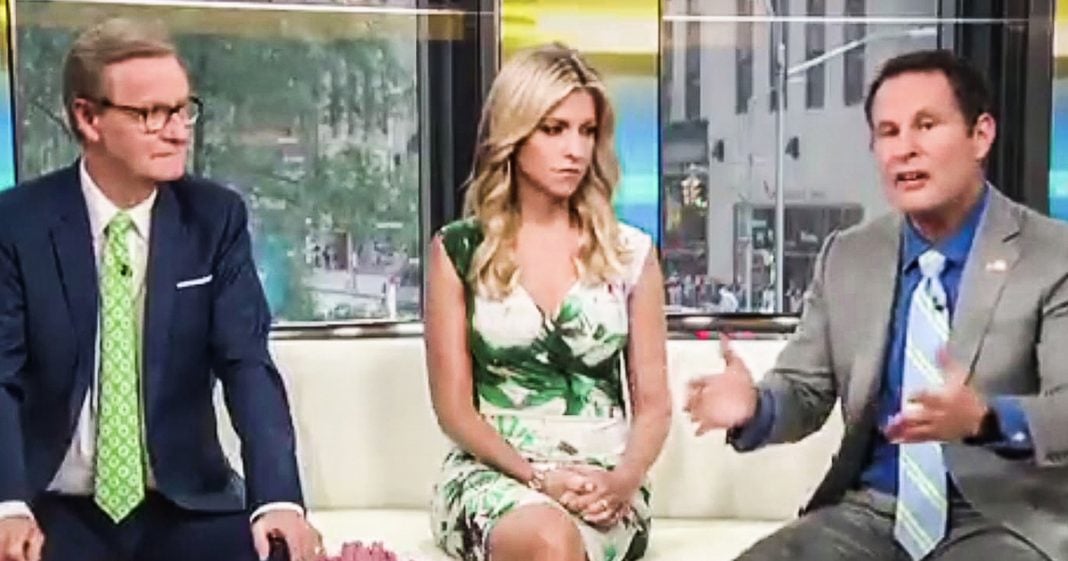 It’s a scary thought to have to digest, but there’s no denying it at this point – Fox News is currently running the United States. The President is glued to their network, using their talking points, and he even allows the network’s hosts to call him and give him advice on what to do as President. This is a dangerous situation, and we’re already seeing the damage. Ring of Fire’s Farron Cousins discusses this.

On Friday morning, Democratic Congresswoman Veronica Escobar went on CNN and said that Fox News is helping to rule this country right now, and after she explained her point, she is 100 percent correct and that is a terrifying thought, but it’s something that we all have to come to understanding. Fox News is running the United States of America right now. A representative Escobar pointed out the fact that back in December it was bipartisan legislation to reopen the federal government without border wall funding. Trump said he would sign it, but then Fox News stepped in and Fox News started saying, don’t you cave, Mr. President, give us this wall. Don’t let the Democrats run all over you. And that’s when he changed his tune. And I’m sure we all remember Donald Trump’s signaling at the time. This is before the meeting with, uh, uh, Pelosi and Schumer. They look, we’re going to, we’re going to keep the government open.

We’re going to make it happen. You know, we’ll, we’ll get the border wall funding. Eventually we’ll figure it out. Then Fox News came in. Then Ann Coulter came in, right wing pundits are controlling the president of the United States because as Escobar correctly points out, he’s afraid to stand up to them. He is afraid to say no to the Fox News crowd. More than that though, and this is something we have discussed for a year and a half at this point, Trump is getting advice. He’s been getting advice in the last couple of weeks on the shutdown from Sean Hannity himself. He appeared on Hannity show last night and told Shawn that all the rest of them are fake news, but you, you’re real news. I mean, that could not be more opposite of what reality actually is. Sean Hannity, the biggest liar on national television right now, and yet Donald Trump believes every word he says, Hannity believes every word. Trump says they’re having phone calls at the nighttime, you know, telling Hannity, telling Trump how to handle the government shutdown, what? Talking points to use. Lou Dobbs, calling in and giving him advice on immigration. We know that happens. It happens during cabinet meetings. They have confirmed this is utter insanity. It was bad enough when Fox news was out there just pushing horrible right wing policies, but at this point they’re actually crafting them. They are telling the president, this is what you need to do, and then he goes and does it. Fox News, not Donald Trump is actually running the United States of America today.