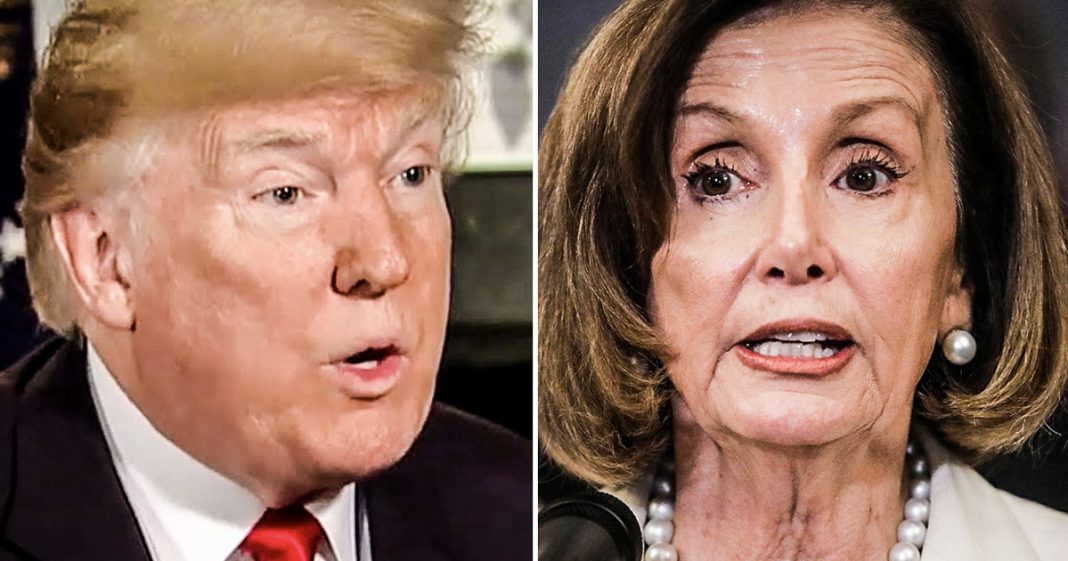 Donald Trump is definitely not used to being told “no”, and even after nearly two years in office he still struggles with the word. But that is exactly what Nancy Pelosi told him when he demanded funding for his border wall before he said “bye bye” and stormed out of a meeting on Wednesday. Ring of Fire’s Farron Cousins explains why Trump refuses to cave on this issue where he is clearly losing.

So yesterday Donald Trump had another meeting with Democrats and Republicans trying to come up with a plan to reopen the government, a meeting that Trump himself later described on Twitter as a total waste of time, and the reason it was a total waste of time according to the president is because Nancy Pelosi said that she would not give him any money whatsoever for his border wall. At that point in the meeting, which basically became the end of the meeting. Donald Trump stood up, put his hands up and said, bye bye now. I guess it’s worth pointing out that Donald Trump actually started the meeting trying to be cordial, I guess in his own mind by passing out candy to everyone in attendance. So he starts the meeting by giving everybody some candy and then he abruptly ends it after he doesn’t get his way. Now I am fairly certain that the man is in his seventies.

However, I at this point cannot rule out that he is in fact just a bunch of toddlers standing on each other’s shoulders wearing a big boy suit because that is exactly how a child would have behaved in that exact same situation. Chuck Schumer, upon leaving the meeting, told reporters that Donald Trump had his temper tantrum and ended the meeting. Pelosi echoed that Mike Pence on the other handset. I didn’t see Trump throw a temper tantrum. He was very cordial and saying, bye bye. And walking out of the room now, as somebody who has children, uh, not all temper tantrums are absolutely horrid experiences. Some of them are rather polite. It’s just that the child can’t handle being told no. So they leave the room. They won’t talk to you the rest of the day. Yes, pence, that is what a temper tantrum can be. And that is exactly what your boss did.

This isn’t a game. All right. This is the federal government that has been partially shut down since December 22nd and the president refuses to reopen it because Ann Coulter shamed him into pushing for the wall. That’s what’s happening here, ladies and gentlemen, and I hope everybody realizes that back in December, Trump was ready to just reopen the government or prevent it from shutting down all together. Republicans in the House and Senate were also ready for this as were the Democrats, but then along came and coulter and said that Trump will be the last republican president ever elected in this country. If he doesn’t stand his ground and push for that border wall, he will lose his base. She told us and that terrified the president, and that’s why he’s not backing down off this issue that he knows he is not going to win. We’re already seeing some very severe consequences of this prolonged government shutdown and it’s only going to get worse. The question is, is the president gonna put his vanity project side in order to help the hundreds of thousands of people who are being severely negatively impacted by this government shutdown.