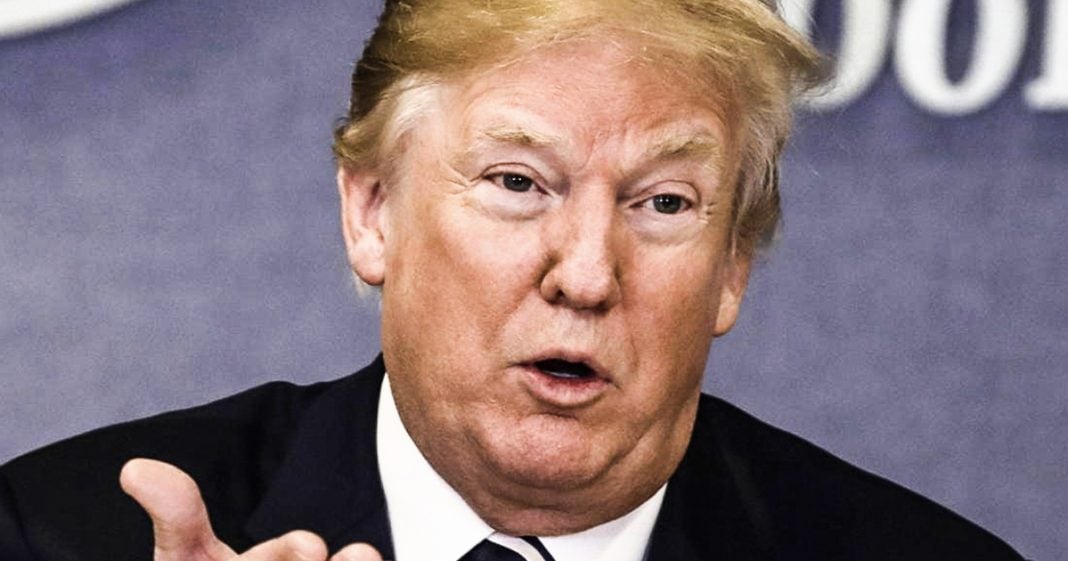 The President has announced that FEMA will no longer be providing any aide to California residents who were impacted by the deadly wildfires of 2018 because the state hasn’t “gotten its act together.” In a misspelled tweet, Donald Trump made it clear that he is punishing the state, even though the federal government are the ones who dropped the ball on this issue. Ring of Fire’s Farron Cousins explains Trump’s motivations for attacking California.

Donald Trump doesn’t seem to want to let go of his talking point that somehow state officials in California are the ones responsible for the deadly wildfires that ravaged the state in the year 2018 and yesterday on Twitter, perhaps angry about the fact that he’s not getting his way over the border wall. Donald Trump decided to turn his anger from Democrats in Congress to the entire state of California when he tweeted out the following here, billions of dollars are sent to the state of California for forest fires. That with proper forest management would never happen unless they get their act together, which is unlikely. I have ordered fema to send no more money. It is a disgraceful situation in lives and money. You know what? I actually agree with you. This is a disgraceful situation in both lives and money because you’re now playing politics with a state that you hate, a state that didn’t vote for you, and that pretty much consistently votes for Democrats and you are punishing them because you’re so pissed off about everything else.

Not only that, but you’re lying about what actually happened with those wildfires. Uh, most of the wildfires in the state of California actually happened on federal lands and that would fall under the department of the Interior to provide the funding and staffing and permits to go out there and as you say, rake those forests, clear out the undergrowth, do those things, remove dead trees. That’s on the federal government, not the state of California. Secondly, the a deadly fire that just happened, the most recent one that actually started on federal land because of a faulty, a generator or whatever it was from pg and e that sparked and caused the massive fires and no deforestation would not have prevented those because it’s usually the small growth, the grasses that end up spreading the wildfire. And that’s what happened in this situation. Every talking point, the president is thrown out about the fires in California has been absolutely false.

We know it. The state knows it. I think at this point even the president probably knows it, but here’s the thing. He is trying to get himself a bargaining chip for this government shut down border wall funding nonsense that he started and what better way to do that than to deny disaster relief funding to the state of California. So now Donald Trump could, if he doesn’t storm out of the meeting first, bring that to the negotiating table and say, okay, Democrats, you want to protect California from burning to the ground, give me my border wall and all release the fema money. That to me, I believe is what’s happening here. If not, it’s just him throwing another temper Tantrum, punishing a state that didn’t vote for him. Even though his own government, we’re the ones responsible for preventing these deadly forest fires.