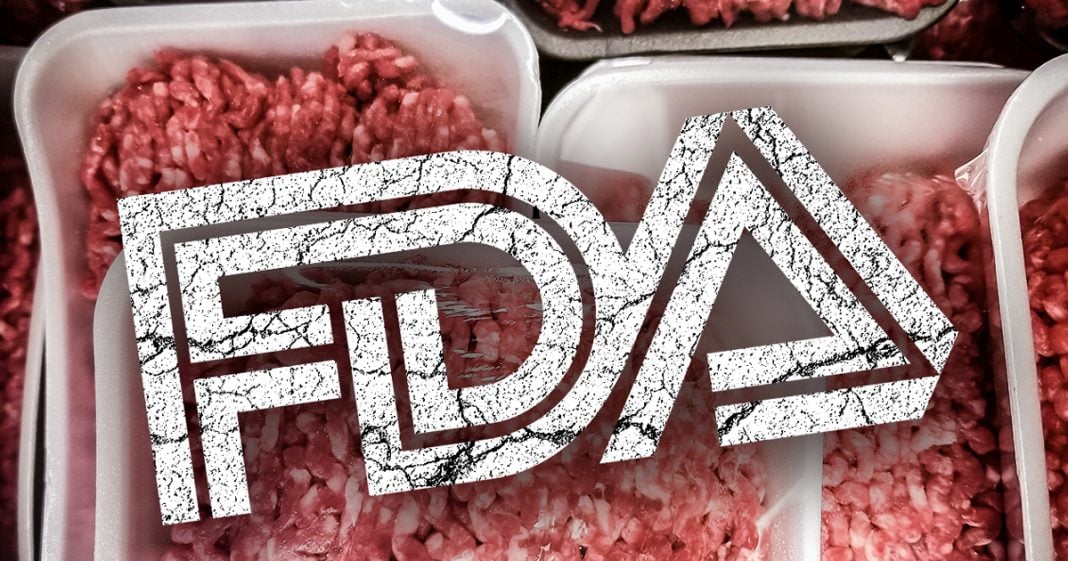 In the past 12 months, and probably even longer than that, more Americans were killed by tainted food products than they were by illegal immigrants, making it all the more ironic that the government shutdown over Trump’s wall funding has now forced the FDA to halt nearly all of their food inspection operations. People could likely die from this decision, but that won’t put an end to the President’s temper tantrum. Ring of Fire’s Farron Cousins discusses this.

Here’s a not so fun fact for everyone in this country. Last year, 2018 more people died in the United States from eating tainted food products than they did from illegal immigrants. Food badly inspected or not inspected. Food in this country killed more people than illegal immigrants did in 2018, and I bring that up to bring this up. The FDA has announced that because of the partial government shutdown, they’re no longer able to inspect food processing facilities or food in general in the United States right now. They have halted all of their food inspections in the United States, and this is coming off a time when we just saw massive Romaine lettuce recalls because people died from eating Romaine lettuce, ground Turkey recalls ground beef, recalls a frozen dessert. Recalls dairy recalls, massive food recalls in 2018 alone because people were dying. And here we are kicking off 20, 19 and the FDA says, well, we can inspect anything even though we know there’s a ton of dangerous food out there.

So oh well, be careful what you eat. Hope you don’t die from the president’s temper tantrum. And again, the real irony here is the fact that the government is only shut down right now because Trump wants a border wall that he claims is going to save American lives and in the process we are likely going to see more people die from bad food in the United States because of the shutdown over the wall. This doesn’t make any sense right now the FDA commissioner is scrambling, trying to at least come up with a little bit of money to carry out inspections for some of the most high risk as they call them a food product, seafood and dairy. Those are the ones that typically can get contaminated very easily. So he wants to try to find the money to at least inspect that stuff before it goes into a consumer’s body. Right now he can’t though. So while the FDA is on average or was on average, a inspecting about 160 different plants across the country every single week, now that number has fallen to zero. So get ready, get ready for the headlines. Get ready for people dropping dead from eating contaminated food in the United States. And when that happens, just remember that these people are dying because the FDA can’t do it’s job because the president wants his vanity border wall project funded.