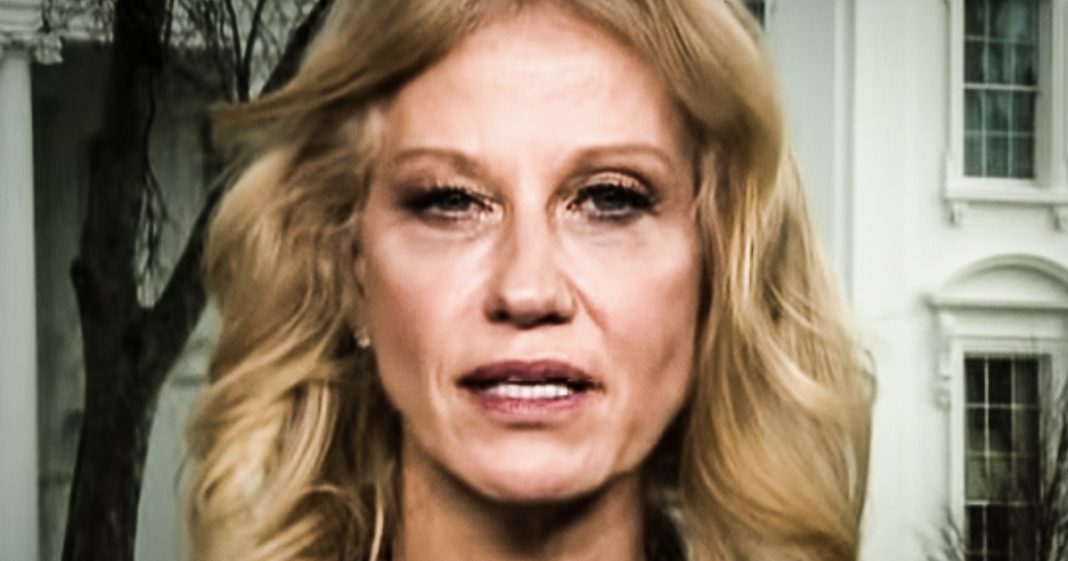 So this past weekend, Fox News host Chris Wallace called out Sarah Huckabee Sanders to her face for lying about the alleged 4,000 people on the terror watch list that had been apprehended at the US Mexico border, and it’s simply not true. So then on Monday, Laura Ingraham decided to bring on Kellyanne Conway to kind of defend Sarah Huckabee Sanders, which is the blind leading the blind at that point. But nonetheless, Kellyanne Conway did her best to defend her colleague who lies as much as she does. And Conway said that it was an unfortunate misstatement by Sarah Huckabee Sanders, and then Laura Ingraham. Not to be outdone and apologizing for the lies of this administration. Went on a tear about everybody makes mistakes. We’ve got to forgive her. She just misspoke. She meant to say that those 4,000 were apprehended at airports, not at the border. Good God, who among us is perfect, right? So say if Laura Ingraham and Kellyanne Conway.

Here’s the truth about what actually happened there. Sarah Huckabee Sanders, this past weekend thought she was going on a friendly network that would let her get away with these lies she knows as well as the rest of us do because we can look it up that the majority of those on the terror watch list or apprehended at airports, and there was only six apprehended in the last year at the southern border. Only six. She knew those numbers, but she thought she could get away with saying the $4,000 amount. Chris Wallace knew the numbers wasn’t going to let it happen, and so Kellyanne Conway comes on the network trying to do a little bit of damage control saying, Hey, who among us hasn’t had a misstatement in the past? And then they just let it go. That was the official line of the administration. That was not just Sarah Huckabee Sanders having a Rick Perry, oops moment.

She knew what she was doing and she knows why she was doing it. This wasn’t an unfortunate misstatement. This was a deliberate lie from the administration to scare people into thinking we needed the border wall. That is exactly what Huckabee Sanders was doing. That is exactly what Kellyanne Conway would have been doing. Monday night on Laura Ingraham show had Huckabee Sanders not gotten busted for it, live on the air. This administration has not been truthful about a single talking point. They have thrown out about what’s actually happening along our southern border. They do not get the benefit of the doubt on anything that they say because they are all serial liars. There is no difference between Trump or Kellyanne Conway or Sarah Huckabee. Sanders. These are three human beings that are pathologically incapable of ever telling the truth.