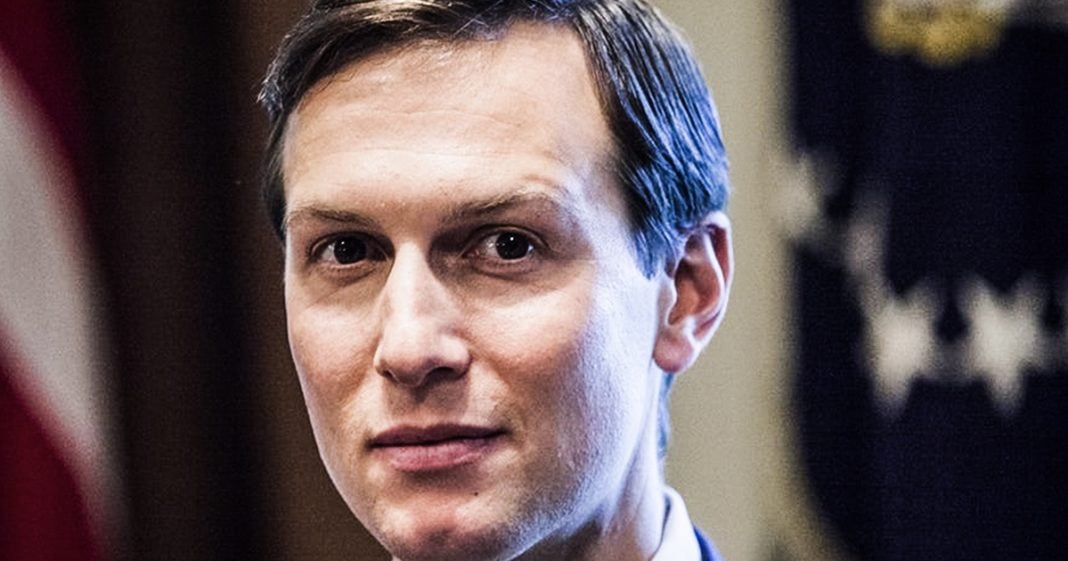 Jared Kushner has proven his incompetence time and time again at the White House, and he’s now been given the Herculean task of preventing Republican members of Congress from caving in and siding with Democrats on the President’s border wall. Bipartisan bills have already been introduced to reopen the government without a border wall funding guarantee, so Kushner is already losing this battle. Ring of Fire’s Farron Cousins discusses this.

The Trump administration is worried that some Republicans in Congress are going to lose faith in the idea of a border wall. They’re ready to reopen the government. They understand it’s hurting people in this country, so they might be willing to go side with the Democrats and not give Trump the money for his border wall. So Trump has decided his best move here is to pull out the big guns and send the big guy himself to Congress to make sure Republicans are not thinking about abandoning ship and that big guy, the big gun is Jared Kushner himself. That’s right. Republicans. The fate of your entire border wall right now is resting on the shoulders of Jared Kushner. The man who is under at least five different investigations by five different investigative bodies is the man who’s been tasked with keeping Republicans in line so they don’t defect from the president’s goals.

Here’s the thing, jared Kushner is already playing from behind. All right. We know a majority of people in this country do not want the border wall built. A majority of them do not want money spent on this wall. Republicans and Democrats actually already passed a bipartisan bill that provides money for border security but not a wall and would have reopened the government. It didn’t do well because of the Senate, and now jared Kushner is trying to go in there and keep the peace until Republicans hold strong. We have this. You don’t have it. You’ve already lost the public. You’re losing members left and right. Who understand that this government shut downs going to come back to bite you in the ass and what are you telling them? You’re telling them that note, worry, support for the wall’s going to increase after Donald Trump’s Tuesday evening address. It’s not, oh, don’t worry.

It’s going to increase after Donald Trump goes down to the border this coming Thursday. It won’t. He’s going to go down there and make things so much worse as he always does, and the funniest thing to me about this is not the fact that that Moron Kushner has to go out there and keep Republicans in line because we know that’s going to fail, but it’s the fact that Donald Trump is now so insistent on getting his wall when he was campaigning and he promised the wall it was a talking point. Nobody ever believed it was actually going to happen except his most hardcore supporters, and then Joe Biden this past weekend correctly pointed out that it was people like rush limbaugh and quote the conservative Blonde woman as he referred to her and Coulter as who he’s talking about. It wasn’t until they came along and force the president to take a hard line about this border wall because he was gonna lose his base. That’s what started all of this. So in a way you can blame the government shutdown on people like rush limbaugh. People like Ann Coulter, because they’re the ones who push the president telling him that you will lose your base. Coulter said he’ll lose reelection and he’ll be the last republican ever elected if he doesn’t go hard line for the wall, and that’s what he’s doing now, but rather than fight himself, he sent Jared Kushner on a mission that he knows Kushner is going to screw up one way or another.