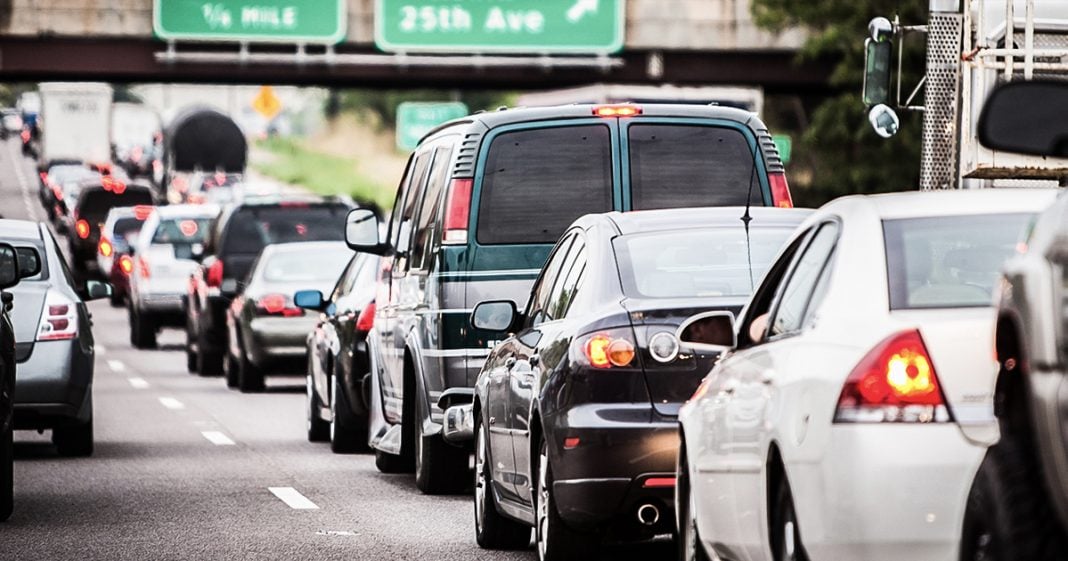 As scientists continue to warn us that we have to dramatically cut carbon emissions across the globe in order to stave off the worst impacts of climate change, emissions in the United States have started to rise once again. This is a direct result of the Republican policies of slash and burn when it comes to regulations, and their complete disregard for the environment. We need a Green New Deal, and we need it fast, as Ring of Fire’s Farron Cousins explains.

Well, bad news for those of us who like drinking clean water or breathing clean air or just having an environment in general and that bad news is that in 2018 carbon emissions here in the United States rose in the second largest gain that they have had in two decades. In the last 20 years. There’s only been one other year when our emissions as a country rose to a greater level than they did last year. This comes at a time when we have scientists. We have world leaders. We have experts who are telling us we’re roughly 12 years away from the most catastrophic climate change events that we will no longer be able to mitigate. We’re not going to be able to reduce our emissions enough or clean up the atmosphere enough to prevent these horrid effects from coming to our shores. Twelve years and here we have a government run by Donald Trump and the Republicans who are enacting policies that are causing our emissions to rise.

We are the second largest global emitter of carbon on this planet and we weren’t going down a hill. We had a couple of years when they were higher than the previous year, but last year being the second largest increase in 20 years, that tells us something. It’s because of the policies of this administration. There rollback of all of these regulations. You know, they tell us that, oh, we’re rolling back regulations to free up businesses to do better. You know, they don’t have to comply. We’re going to create jobs with this. No jobs have been created from a single regulation that has been repealed. Jobs have been lost because guess what? When you have a regulation, you have to have regular tours and those regulators go out and they inspect and they run tests and they do assessments. Those people are out of work now, so we’ve lost jobs.

We’re destroying our environment. We’re hastening climate change, all because we want to give a handout to these industries who are causing the problem, but they’re also funding some of the most powerful people in Washington DC and that’s why this happened. Our emissions are increasing at a time when we have a decade to fix the problem. If you don’t see the issue with that, if you don’t understand why this is important, then we are doomed because this isn’t just the United States. This is the entire planet. We have already seen the studies, the government studies, the independent studies. Part of the reason we’ve got a lot of immigrants coming Central America right now is because their areas are being adversely affected by climate change. The instability in the Middle East. Part of that is because of climate change. Look at the Pentagon’s own report on this. They’ve been telling us that for 13 years and we’ve ignored it and we’re doing worse than ever now, and it’s partly because of the horrid policies coming out of this Republican controlled government.