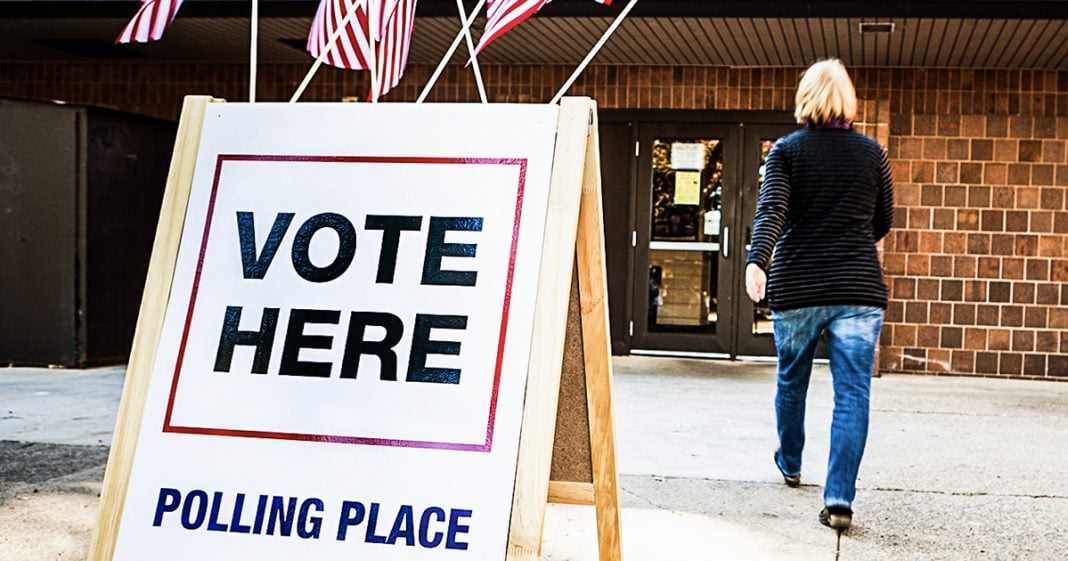 Thanks to voters in November, roughly 1.4 million former felons in the state of Florida have regained their right to vote in elections, and starting on Tuesday of this week they were able to re-register to vote. Huge voting drives are taking place right now to get these people active on the voting rolls, and if even a fraction of them show up to the polls, that would easily be enough to swing the next elections. Ring of Fire’s Farron Cousins discusses this positive move and what it could mean for the future of Florida politics.

On Tuesday of this week, the state of Florida may have changed for ever see back in November and the mid terms, there was an initiative on our ballot down here that would give if past former felons, with the exception of murderers and sex offenders, they would regain their right to vote, automatically, didn’t have to go through congress, didn’t have to go through any kind of political hurdles. This was an automatic. You’re once again eligible to register to vote and it passed roughly 65 percent of people here in this state passed that amendment, giving one point 4 million former felons their right to vote back. Here’s why this is significant. Again, Tuesday they were eligible to start registering to vote again. Tuesday is when it happened. It’s when it went into effect. One point 4 million people who are now eligible to vote in the state of Florida.

The reason I bring this up is because I want you to think back, we have had a lot of close elections here in the state of Florida at least since the year 2000 when a couple hundred votes handed George W dot Bush the presidency and set this country on the path that we are currently on. One point 4 million people would have easily changed that. This past election with Andrew Gillum, the Progressive Democrat versus Trump loving republican ron desantis was decided by a handful of a couple thousand votes. One point 4 million former felons could have changed that the other way. Same thing with the Senate race between Rick Scott and Democrat Bill Nelson. If even a fraction, and I’m talking 10 percent or less of those one point, 4 million people had been allowed to vote, we could be looking at not just a very different government here in the state of Florida or our representatives in Congress.

We could be diff looking at a different electoral map. For us presidents, one point 4 million people is enough to easily swing this state. Even if only 10 percent of them actually go out and vote, this amendment effort that was passed by the vast majority of citizens here in the state of Florida is going to change the electorate here forever. It’s done. Ron Desantis, our new governor, wasn’t happy about it. Rick Scott, our former governor now senator wasn’t happy about it. They didn’t want this to happen. They wanted to stop it. They were looking into ways to try to prevent it from happening, but they were unable to come up with anything that would have stopped it. The voters said, let these people vote, so here’s what we’re gonna. See, we’re gonna. See de Santas and the Republicans continue to attempt to purge people from the voting rolls.

However, that is going to be a lot more difficult now seeing as how the main reason they were able to purge voters in the first place is by incorrectly saying they had a felony or if their name match. Someone who did have a felony. Say for example, your name was John Smith, and they said, Oh, John Smith. Yeah, you have a felony. Well, yeah, that John Smith does this one didn’t, but they purged this person anyway. They can’t do that anymore. The number one form of voter suppression here in the State of Florida has been undone by the voters. Things are going to be very different going forward and they’re going to be very different in a very good way. Not just the fact that we’ve given these people their civil rights back, but the fact that these people hold so much power and the fact that they have that power is scaring the hell out of the Republicans who are currently attempting to destroy this state.