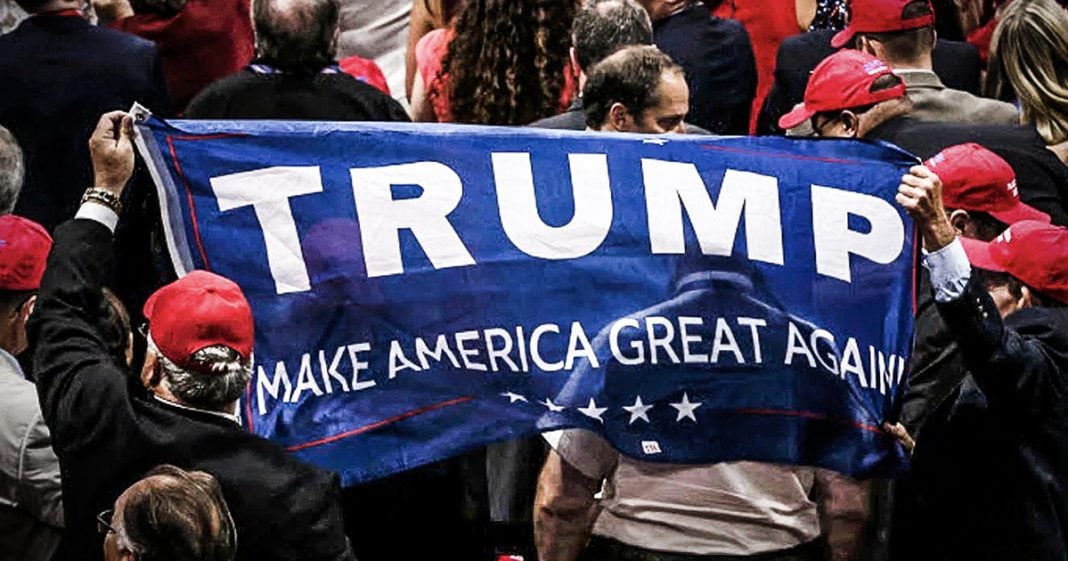 The New York Times ran an article about how the government shutdown is affecting those in the state of Florida who were devastated by hurricanes this year. One of the women interviewed, a corrections officer, said that she voted for Trump and she’s disappointed in his Presidency right now because Trump “isn’t hurting the people that he needs to be hurting.” This is either some kind of ominous threat or a lament that the President should be hurting non-Trump voters. Ring of Fire’s Farron Cousins discusses this.

Yesterday, The New York Times put out this massive story talking about how the government shutdown is effecting hurricane relief from Hurricane Michael actually right here in the Florida panhandle, not that far from where I’m sitting right now. But here’s the thing, overlooked. And that big massive piece, which was a great piece, was a prison worker, Crystal Minton. Here’s what Crystal Minton had to say about Donald Trump’s government shutdown. And to me this was the biggest takeaway of that entire story. I voted for him and he’s the one who’s doing this. I thought he was going to do good things. He’s not hurting the people he needs to be hurting. He’s not hurting the people he needs to be hurting. There’s two ways because that’s the end of it. They move on. They don’t ask crystal again, what the hell that means, but there’s two ways to take this. And the first is as if it’s somebody saying, Oh, you’re messing with the wrong people here, as in Trump’s hurting his voters and he shouldn’t be hurting them. That would make sense. The other way to take this, which also makes sense given Republican mindsets, is you’re not hurting the people you need to be hurting. You’re hurting me, but you shouldn’t be hurting the liberals out there, the Democrats, the immigrants, the non white folk, and to be honest, I’m not quite sure which way I take that quote, but either way, either way, whatever crystal Minton meant with that quote, let me explain it, crystal clear.

Trump made it clear from day one what he was going to do and who he actually cared about in this country and that group that he actually cares about is that small group of people whose last name happens to be Trump and even the some of the people on that branch or you know, kind of marginal, I guess he was in it for himself. This was about selling swag. This was about promoting as businesses. This was about making deals overseas to make more money over there. This was never about actually taking care of the people who voted for him. I am sorry for you that you got conned. I am sorry that you didn’t listen to the millions of us who were warning you every single day that this kind of thing was going to happen, but that’s not on us. That’s on you. Just like it’s on those farmers out there who voted for Trump and who say they’re willing to go die for Trump or go into because it’s tariff war or a trade wars have destroyed their farms. They still love him and still support them, but please give me some subsidy so I can live. There is no sympathy. You have been worn too many times. You were given too many examples by the man himself. You chose to ignore those warning signs. There’s nothing left to do except learn from your mistakes, and I’m afraid at this point that there’s too many republicans in this country who haven’t learned a damn thing since Trump was sworn in.