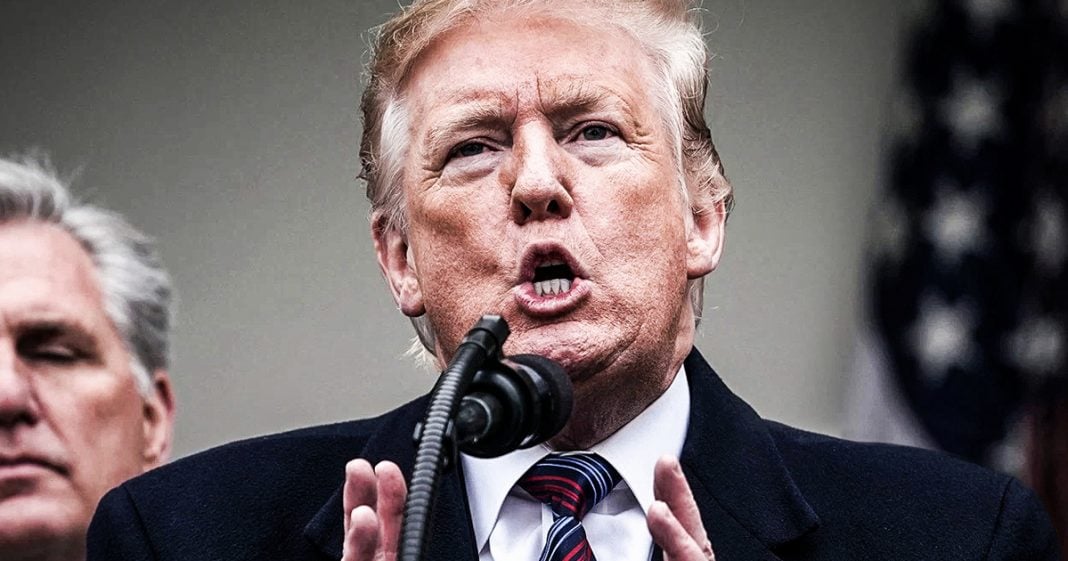 All of the major corporate media outlets have agreed to air Donald Trump’s prime time temper tantrum this evening where he will undoubtedly tell lie after lie. This is a major failure of our corporate media, and it gives the President a free platform to spew his hatred to the nation. Ring of Fire’s Farron Cousins explains why it is best to just tune it out and read a transcript after it finishes.

So tonight it’s going to be donald Trump’s big prime time address telling us why we desperately need that border wall that he decided to, I guess, push a little bit harder for within the last few weeks. Here’s what’s interesting about this entire story, not the fact that Trump is going to give us this lie filled temper tantrum at the end of the day today, but the fact that corporate media kind of toyed with us a little bit acting like, you know what? Maybe we’re not going to air it. We know he’s going to lie the whole time. We’re not going to fact check him. We’re not going to give Democrats, at least as of right this second equal air time to rebut him. So maybe we’re not going to do it. And then of course, every single network caved, ABC, NBC, CBS, MSNBC, CNN, and of course Fox News will all be airing. Donald Trump’s life filled address tonight.

Now, this has a surprising at all, even when you consider the fact that in 2014 they refused to air and address by Barack Obama about immigration because they believed it was going to be overtly partisan and a little too political. They didn’t want to get into that. However, the dude who’s actually selling memorabilia that says, build the wall, uh, who has posters made of himself that say, the wall is coming? Yeah. He’s not going to be political about this immigration speech whatsoever, right? This is just him trying to tell us what’s actually happening. No, there is not going to be one sliver of truth in this speech by Donald Trump tonight. And more importantly, again, as of right this second, maybe it changes by the end of the day, they’re not going to allow any Democrats air time afterward to issue a rebuttal. So there you have it. Here is my advice and this is what I personally will be doing.

I am not going to watch this. There’s gonna be enough people watching it and tweeting out all the stupid shit that he says. Great. Phenomenal. Go ahead and get your viral tweet off that if that’s what makes you feel better. Me Personally, I’m not going to sit and waste an hour and a half hour of my time, whatever it is, watching this known pathological liar lie directly to my face. I have better things to do. What I will do is wait until it ends and go read a transcript of it so that I don’t give any of these corporate media outlets, my eyeballs and my viewership, and I encourage everyone else to do the same thing. You’re not going to be left out of the conversation. Do what I do when it ends. Go read the transcript, you know, give your traffic and your eyeballs to a website that actually deserves it. That’s how I will be spending my evening not watching Donald Trump lie to me, but instead I’ll all about it and pick it apart. Tomorrow morning.