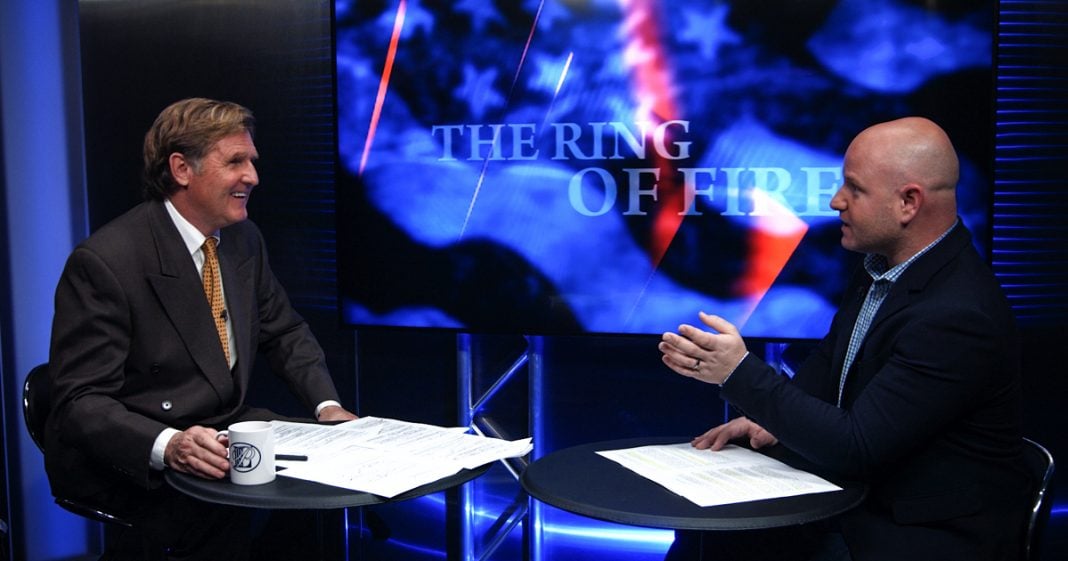 Senate Majority Leader Mitch McConnell knows that he can’t accomplish much over the next two years since Democrats now control the House, so he’s said he’s focusing on the one area where he can get things done – And that is packing our court system. Ring of Fire’s Mike Papantonio and Farron Cousins discuss this issue.

Mike Papantonio:             Senate Majority Leader, Mitch McConnell knows that he can’t accomplish much over the next two years as Democrats now control the House. So he said he’s focusing on the one area where you can get things done and that unfortunately is packing the court system. You know, Farron, I don’t know how many times we’ve talked about this and every time this topic comes up for, I can remember during the Obama administration, you doing a segment, you were outraged. I was outraged by the fact that in the first two years where Obama could’ve confirmed a lot of judges. He sat on the hands.

Now there’s a backstory to that. A friend of mine, Howard Nations, who’s a tremendous trial lawyer out of Texas, had the chance to meet with Obama. We had raised money for him. The lawyers, a whole cadre of us raised some serious money. And so Howard was talking to Obama and said, you know the appointments that you’re making are really bad. The appointments that you’re making are corporate lawyers that have done nothing except represent corporations. For the most part. They’ve never represented injured victims. They’ve never represented really the have nots in any kind of meaningful way.

They come up in the system representing Pfizer, Exxon, DuPont, Dow Corning, Raytheon, all of the big companies. These are the pointing, these are the, these are the judges, Mr. Obama that you’re, President Obama that you’re pointing and it’s mistake. Obama’s reaction was interesting. Obama’s reaction was, well, I don’t understand what you mean. You telling me a judge can’t be fair simply because he came up that way? And Howard said, yes sir. That’s what I’m telling you. Pick up from there. This story is even worse than that.

Farron Cousins:                  It is, and you know, with the trial lawyer magazine, the very first story we ever did when Obama took office was about all of the judicial appointments he could be making. The people he should be choosing. We worked with the AAJ very closely. They were meeting with him saying, here are some good ones, and then he just wouldn’t look at that list at all.

So he leaves office with well over 100 judicial vacancies, you know, to the point where it was a judicial crisis is what they referred to it as because we had so few judges. So Trump comes in with Mitch McConnell being fed things by the Federalist Society and they have been, I think 85 at this point is how many total judges, including the two on the supreme court that he’s gotten through first two years, more than any other president.

Farron Cousins:                  Right. And Mitch McConnell says in an interview right after the midterms, he says, I’m not worried. I’ve got two extra people in the Senate. So now I can even lose a few more Republican votes and still ram these nominees right through the process and get them on the court.

Mike Papantonio:             Let me double back on another topic you and I have talked about so often. And that is, what is it that the DNC and DNC leadership focuses on when say, we need a good judge? It’s always social issues in matter of fact HuffPost did a story. They kinda got it. I never have much confidence in the HuffPost. This is another example of how little confidence I have in HuffPost. The story focuses on, we’re outraged because the judges that he’s appointing are anti LGBT and they’re anti abortion and you’re going, wait a second.

No. The judges that he’s appointing our judges that want to take away people’s right to recover when they, when a family member has been killed by a bad product or when a corporation has stolen money from their pension program. They don’t even, they don’t even see how that fits together. HuffPost is a great example of the monotonous dribble that comes out of progressive media that all we’re going to focus on here, the whole focus or these judges are bad because of their stance on LGBT.

What about they’re bad because they’re trying to do away with jury trials? What about their bad because every time they get to rule, they rule with corporate America, whether it’s environmental, whether it’s a, whether it’s a civil rights, it’s always the same thing. But the idiots that run the democratic machine are always about social issues and that’s the only, that’s the only threat they see here. I mean, that’s literally the way this story reads. What’s your take?

Farron Cousins:                  It is, and you look at, you know, just take the last two years, the four biggest legal stories that have been out there. There’s been the DuPont C8, Monsanto with Roundup, Johnson & Johnson with talc and the opioid crisis.

Farron Cousins:                  Yeah. You know, had they been in place at the time when some of these we’re going through the courts, these lawsuits that have recovered billions for the victims after these companies lied for decades, those judgments wouldn’t have existed. They would have been overturned at the first…

We’re going to do a story in a minute where they’re trying to, they’re trying to sell more, more oil by changing the laws in America on fuel consumption. How about that? But it’s almost as if these people who write and it infuriates me. There’s very few progressive sites I can even go to because the analysis is so poor. This is one of them, HuffPost story on these judges. Outrageous to me.