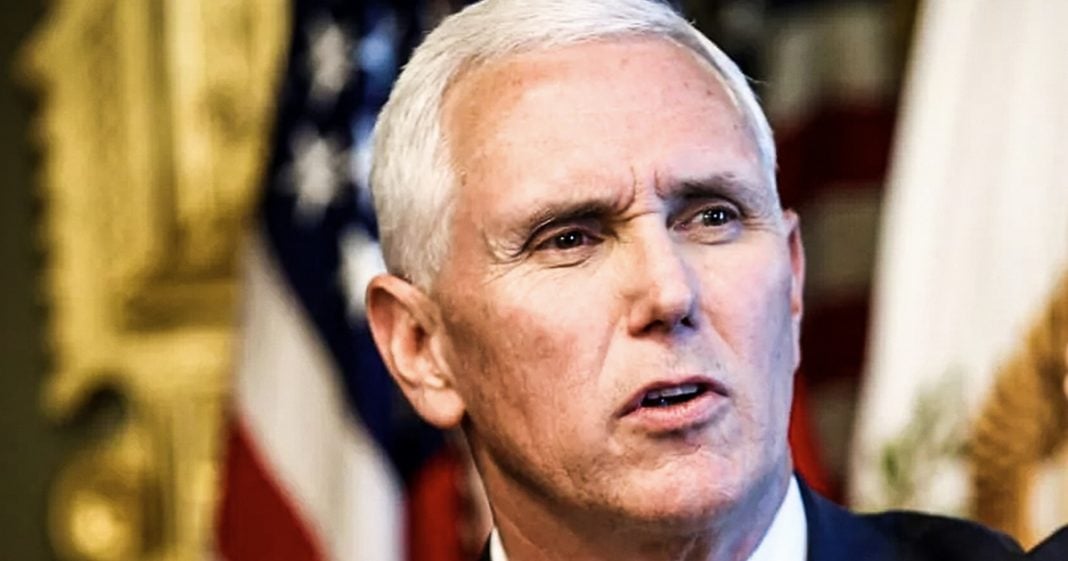 Federal workers aren’t getting raises in 2019, thanks to an executive order by Donald Trump. 800,000 federal workers are currently not being paid thanks to the government shutdown. But the people in Trump’s cabinet, including Vice President Mike Pence, are getting raises of up to $13,000 starting today for no apparent reason other than they can. Ring of Fire’s Farron Cousins discusses what’s happening to our federal government.

So the federal government obviously still shut down right at this moment. Donald Trump has made it clear that he’s okay with this dragging on for weeks or months. We have about 400,000 federal workers out of the 800,000 who are not getting any pay whatsoever. They have been furloughed. They’re not going into work. The rest of them are going to work, but still not being paid for it. But there is a slim chance that some of them will receive some back pay. And I think that’s part of the problem a lot of people think is that, oh, all these furloughed workers, they’re going to get back pay. They’re going to get made up for all this time. Most of them do not. In fact, the vast majority of them do not get any money for this time whatsoever. Even if they’ve been working. A couple of weeks ago, right before the end of the year, Donald Trump signed an executive order that said that federal workers for the year 2019 will not be receiving their customary race.

There’s just not enough money in the budget to do it. And I bring that up to bring up this point. As of this past Saturday, January fifth, 20, 19 top administration officials within the Trump administration, each got roughly $10,000 in bonuses including Vice President Mike Pence, or not bonus, excuse me, pay raises, including Mike Pence, who just got a $13,000 a year race. We have 800,000 federal workers who aren’t getting paid, about half of whom are still having to work without being paid. The rest of federal workers in the United States by executive order are not even allowed to get a raise this year. And yet the people running Trump’s administration, cabinet officials, vice president pence, they’re all getting at least $10,000 in raises. We read this here, cabinet secretaries making $199,700 per year are going to see their pay jump to 2010 or 200. 10,000, excuse me, $700 annually. Deputy secretaries are going to have an increase from 179,000 to 189,000.

And pence is leaping from 230,000 to $243,000 per year. So all of these corrupt jackasses that Trump has put into these cabinet positions, each one of them is about to start bringing home an extra $10,000 a year. And here’s how this happened. Back in 2013, Congress passed a law, a one year law that they’ve renewed every year since then saying that we’re not going to give raises to these top cabinet officials and the vice president will this year because of the shutdown. They were a little preoccupied and they weren’t able to renew that piece of legislation for the year. And that is why these people are getting these raises right now. They’re getting these raises at a time when the government is entering the third law, a longest shutdown that it’s ever seen in its entire history at a time when federal workers through an executive order by Trump himself, won’t be getting any raises whatsoever. This year. Meaning their pay is not going to keep up with inflation. Their buying power is going to decrease, but not for these already wealthy individuals running our federal government. No, they’re each going to be pulling in roughly an extra thousand dollars every single month for continuing to destroy the institutions which they oversee.