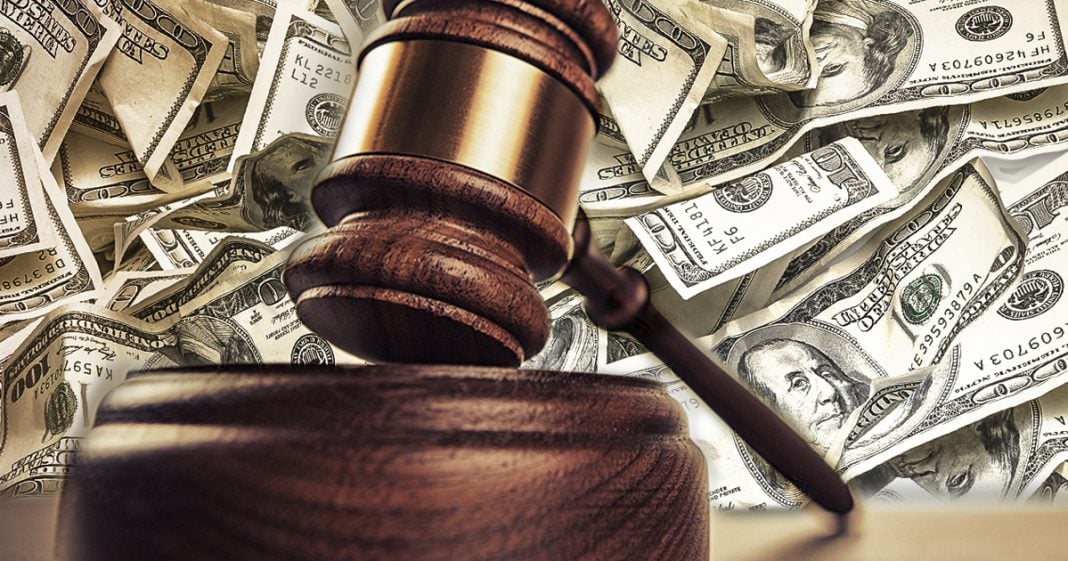 The federal court system is limping along at the moment, and if the government shutdown extends past this coming Friday, they will officially be out of operating cash and forced to send all non-essential employees home. This will create a backlog of cases that is going to adversely effect consumers and businesses alike, as well as those facing criminal charges. Our court system is already overloaded and a backlog due to the government shutdown is going to continue to deny justice to those who have been wronged. Ring of Fire’s Farron Cousins discusses this.

Well, the government is still partially shut down at this moment. 800,000 federal workers have been furloughed 380,000 of them still having to work without pay at this point. Um, but here’s the other side of that story. As of this coming Friday, January 11th, if the government remains shutdown, which Donald Trump said this shutdown could go on for months, then this Friday, the federal court system here in the United States will officially run out of money. Our courts will not have the necessary funding to continue to operate as normal here in the United States. So if the government remains shut down up until close of business on Friday, what happens is that all non essential workers within the federal judiciary are going to have a very, very, very long indefinitely long weekend ahead of them because they will not be coming back to work. Instead, what’s going to happen is our court system is going to operate off of skeleton crews.

Those workers who cannot not be there, it’s just that they will not be paid for the work that they’re doing. Because after all, we can’t just shut down the judicial system. Here in the United States, judges are most likely thanks to a a old rule, still going to be paid. There are some prosecutors that are still going to be paid, but the people who actually staff the buildings you know who have to run documents, make copies, help schedule things to keep the courts flowing properly. They’re going to be working without pay and we’ve already seen what’s happened to the airline industry now that they’ve been forcing their employees because they have to. The federal workers with the TSA been working for weeks without pay. They’re just starting to all call in sick, creating massively long lines and wait times at airports. People are missing flights, but it’s because these TSA agents are working without pay and as it stands, most federal workers who are currently working without pay, there is no mechanism to get them back pay.

Now, there may be for some of the workers in the court system, should the courts basically shut down this coming Friday. There is a mechanism. It’s the same mechanism that allows these judges and prosecutors to still receive a paycheck that would provide back pay for these federal employees within our court system, but we’re talking about it professionals which are vital in our court system today. And more importantly, we’re talking about cases that are going to slow to a trickle going through our court system. Justice delayed is justice denied, and that is exactly what is going to happen to hundreds, thousands of consumers filing lawsuits right now, uh, people facing, you know, criminal convictions or trials that’s going to drag on. They’re going to be forced to have to come up with the money to continue to pay their defense lawyers or any other lawyer to represent them.

If their case gets backlogged by another six months, that’s money these people don’t have, but they’re being forced to pay it because our court system is about to contract. Not to mention the fact that 18 percent of our district court seats are still wide open. So we don’t even have enough judges at this point to properly hear all of the cases coming through the court system. Even if we weren’t facing this financial collapse of the judiciary headed towards us this coming Friday, this is what Republicans do. They have told us for years they want to destroy the federal government and there is no better way to do that than to starve it of the money that it needs in order to operate.