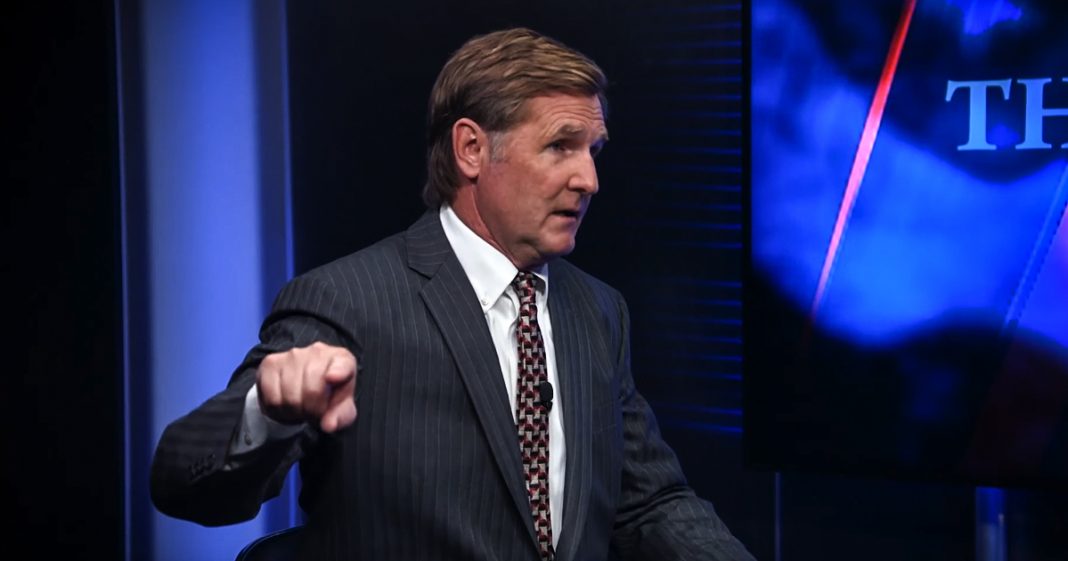 American Airlines is agreed to pay $45 million dollars to settle an antitrust case that accused them of working with other airlines to drive up prices for consumers. Ring of Fire’s Mike Papantonio and Farron Cousins discusses this issue.

Mike Papantonio:             American Airlines has agreed to pay $45 million dollars to settle an antitrust case that accused them of working with other airlines to drive up prices for consumers. No surprise here. The idea of deregulation has this going on every day. The latest is they want to see how they can pack in more people into one and you know, into an air airplane, make it as uncomfortable while they’re raising prices.

The other thing you see is that when you’re on the phone with them and you’re saying, or you’re online and you’re saying, I want to buy a ticket from here to San Francisco, and if you wait five minutes, that goes up $200. What they’re doing is they’re seeing that you’re online wanting to buy that ticket. You understand what I’m saying? In other words they they see, okay, we see activity and because of that activity went to raise prices and it literally sometimes as you’re going to buy the ticket itself and as you’re trying to buy the ticket, the price is jumping up because it is, as you might imagine, a deregulation scam.

So now they’re caught. You know, now they’re caught, but there’s nothing going to change that they’re making more money than they’ve ever made in this business because of deregulation. That means deregulation in America is do what ever you want to to consumers because they can’t sue you because of arbitration. You’d have to go one at a time. I want my $200 back. I want my $300 back, and to do that for an arbitration, you’re going to spend about $10,000 to get your $200 back. So isn’t that where we are right now with the airline deregulation?

Farron Cousins:                  It really is. And when you look at this suit, because it’s both an antitrust and a, you know, kind of collusion to, to raise the prices. It’s because there are so few airlines left in this country that once they get together and start saying, okay, you know, we’re going to eliminate this flight, which is kind of what this lawsuit says.

We’re going to eliminate this flight from Houston to Phoenix. Not gonna have that. So that’s going to be an exclusive Delta thing. Delta can then jack up the prices on that. And then Delta in exchange was and say we’re not going to do this when, so there are so few that it became one airline basically is what this lawsuit alleges.

And now American Airlines says they’re cooperating with the investigators and they’re going to start turning over the dirt on what Delta and United did as well. And Southwest airlines had already settled their part of this because they were involved too. I think they were $28 million and then American is $45, that’s pennies compared to what they pull in.

Mike Papantonio:             The $28 million and $45 million is cost of doing business. Okay. That’s no hit to them at all. But what’s important about these lawsuits is your, once discovery takes place, once you get into the files, once you have, especially private lawyers.

I mean if you’re counting on the government lawyers to solve this problem, forget it. If your counting on the Department of Justice to go in there and solve it, it’ll never happen. But once you have private industry getting involved, private lawyers saying, you know, this is pretty good class action. I think we can do something with this. Once you get there, that’s when you start seeing all of the dirty laundry coming out.

That’s they start taking depositions and then they find out about this scam and then that scam and then the next scam. There are so many of these stories coming out about airlines right now. I, it’s just almost, it’s almost monthly there’s some new thing and, and really the latest thing is, and I, I ought to do this just for the fun of it. Just to see what I’m talking about. Go online and say I want to buy a ticket between Florida and San Francisco.

Okay. And once that activity, once they get your, it’s coming from your, your computer.

Mike Papantonio:             The IP. Once they know that IP, you’re going to start seeing the price go up immediately and their explanation is nonsense. I mean, it’s the explanation is, well, we had to consolidate flights. We changed this route. When you really start pinning them down, it’s not… how about this scam with the, with the frequent flyer miles. Have you been following this? Okay. You get 100,000 frequent flyer miles. You want to give a 1,000, 2,000 to somebody else.

They’re making so much money now. They’re breaking so many rules. Their equipment for most of these airlines is completely outdated. They don’t want to reinvest all this money that they’re making because they’re saying, well, it’s cyclical. We’re gonna have a downturn. We have to save all money. Our money for the downturn. Well, look at what the CEOs are being paid right now. They’re not saving money at all. They’re going ahead and spreading it out and right now the biggest thing that we see as they’re in this money frenzy, safety of flying becomes more and more of a problem.

Farron Cousins:                  Absolutely. And you know, when you talk about how much money the CEO’s are making, how much they’re ripping off consumers, we have to take into account here too, the pilots are not making much money for what they do. The flight attendants, they don’t even start getting paid until that flight door is closed.

So everything they’re doing before they close that door, they don’t get paid and yet they are required as part of their job to do those things off the clock. And when you land and that door opens, you’re off the clock again.

Mike Papantonio:             Doesn’t it sound like where Walmart, where they’re not paying for overtime. They’re not paying for the time that people are actually, but the Walmart was a good example. What you’re talking a different way, but it, it tells a story. Joe, I know this is your lunch break. Come on and help us anyway. We can’t pay you. Joe’s thinking, well, if I don’t do that, I’m going to lose my job. That’s what this is. The air, the corruption in the airline industry right now is at an all time high.

Farron Cousins:                  Well, and it’s because your only other option is go get in your car and drive for two days. If you want to get from Florida to Seattle or three days really.

Mike Papantonio:             Farron try this and I’m telling you, go online and try to buy a ticket and watch how the prices start ginning up just as soon as that happens. Dead for, dead for weeks at a time, price is the same. All of a sudden, boom. You start looking, the price starts going up.