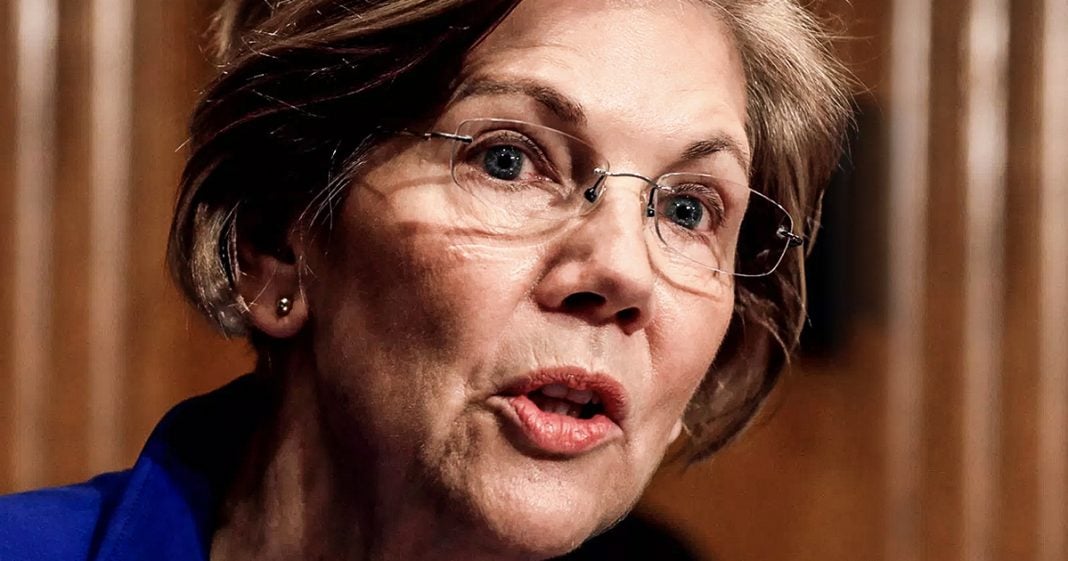 Elizabeth Warren is striking all the right chords as she enters the Presidential race, and this week she made the claim that our government is bought and paid for by large corporations, and therefore the government only seems to work for those entities. Political scientists actually agree with her on this, and the fact that Congress routinely votes against the will of the majority of American voters in order to cater to corporations is the biggest proof you need. Ring of Fire’s Farron Cousins discusses this.

When announcing that she was forming a presidential exploratory committee earlier this week, which basically means she is running for president, Senator Elizabeth Warren said something that did not get the attention that it deserves, and that is that the federal government, as it stands right now, what it has evolved into only works for millionaires, billionaires, and corporations, and according to political scientists, Elizabeth Warren is 100 percent correct. Now. This is also a sentiment that is shared and has been said by Senator Bernie Sanders as well. Both of them are spot on with her analysis because all of the available evidence which was actually provided just a few months ago in a massive report that again, too few people paid attention to in the corporate media completely ignored, but it showed without a doubt that Congress, the federal government only works for millionaires, billionaires, and corporations, and it’s not just based on the issues that members of Congress vote for how they vote.

I mean, we do know obviously, that they’re not going with the will of the American public. Majority of all parties support the green new deal. They support Medicare for All they support social security expansion. They support all kinds of very progressive ideologies, but again, according to this massive report that came out a few months ago, members of Congress and their staffers tend to think that the public is more conservative than they actually are, and that goes for Democrats, not just Republicans. I want to read a couple pieces here from this report as reported by the Washington Post. Well over half of gop staffers and Congress said that input from business groups was very or extremely important in shaping the policy advice they gave their bosses. The study found a over a quarter of democratic staffers said the same, so more than half of Republican staffers going out there meeting with business groups, business, uh, uh, you know, lobbyists.

They said that after meeting with them, they said, oh, I like what you say. I’m going to. I’m going to relay your talking points to my boss and tell my boss that this is what needs to happen. Business wins again. Here it is. A congressional staffers are terrible at estimating constituents support for various policies on nearly every issue surveyed from gun control to environmental regulation, to Obamacare staffers in both parties believed the public was more conservative than they actually are. Congressional offices pay a lot of attention to what big business groups are saying, especially when those groups give them money.

We’re living in a time where the only people who have influence over the federal government, at least as of right now, are the ones who can afford to pay the lobbyists, the ones who can afford to dump millions of dollars into campaigns. The ones who can afford to throw those multi thousand dollar per plate fundraising dinners. Elizabeth Warren was right to highlight this in her announcement speech, and if every other Democratic candidate does not mentioned this and does not explain why it’s a problem, then they aren’t somebody that anyone in the Democratic Party needs to take seriously as a candidate. This right here, this is an issue that affects every other issue that Americans deal with on a daily basis.