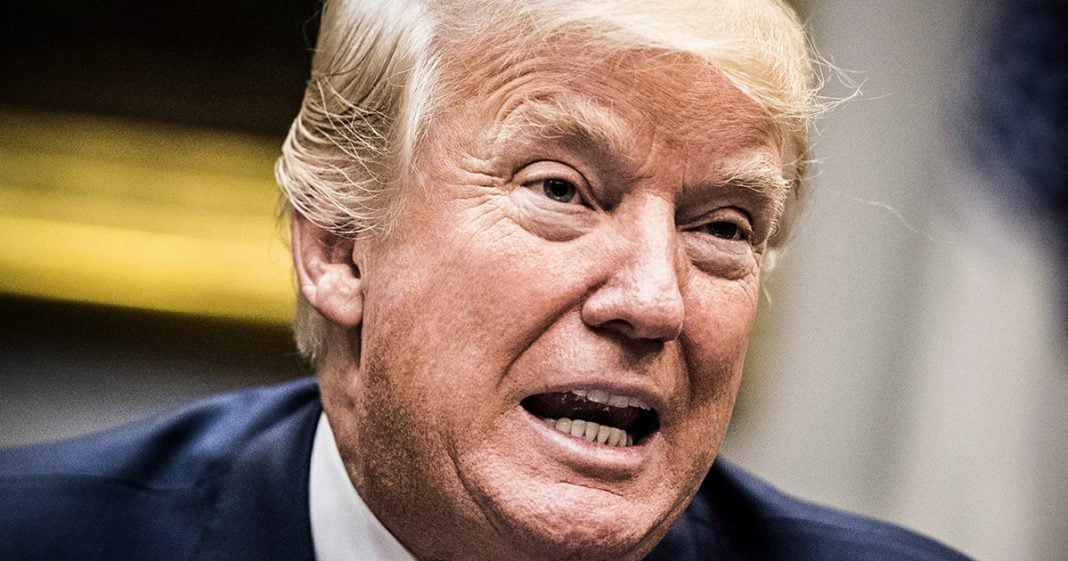 According to new reports, Donald Trump is terrified of his former aides because he believes they might come forward and air all of the President’s dirty laundry out prior to the 2020 Presidential election. While they certainly have plenty to spill, what would be most damaging for the President is for his base to see him as a fraud and an incompetent leader, which is exactly what these former aides witnessed. Ring of Fire’s Farron Cousins discusses this.

One of my favorite stories to read about Donald Trump is when he’s terrified of something, and I know that’s not necessarily substantive, but it is interesting to see how fearful the president of the United States truly is because we get stories like this all the time. Know you see the headlines. Donald Trump afraid that X, Y, or Z terrified of person A, B, or C, well, we’ve got another one of these folks except in this case, it turns out Donald Trump is actually a terrified of every person that has ever worked for him in the Oval Office. See, according to a new report by the daily beast, Donald Trump is terrified. It’s actually the word that some of the White House insiders use, terrified of former aides and staffers and cabinet members coming forward and airing all of the presidents dirty laundry prior to the 2020 presidential election. Now, here’s the thing, before you get too excited, let me go ahead and call me down a bit because it’s not like any of these people are going to come forward and say, oh my God.

I saw Donald Trump committing collusion. I saw Donald Trump committing campaign. No, no, no, no. They didn’t witness any crimes being committed by the president of the United States. They could have. They absolutely could have, but that’s not what the president’s even afraid of. What he is afraid of is any of these aides coming forward and talking about how dysfunctional and incompetent Donald Trump is as the president of the United States. That’s what he fears the most is people not respecting him. People not looking up to him, people not admiring him, and those people who worked in the west wing with him. They understand just how incompetent and delusional he truly is so they can go out there and they can tell their stories. It’s not going to put Donald Trump in jail, but what it’s going to do is hurt his ego and it might even hurt the perception that his base has of Donald Trump as this super strong alpha male type who can do no wrong.

That’s not what reality is. Reality is what those aides and staffers got to see every single day. They saw an overweight out of shape man sitting his ass on the couch watching Fox News and angrily tweeting about what he saw on the network. I mean, he’s everybody’s Grandpa at this point, except he uses twitter and most other grandparents don’t. Typically, that’s what this is. He should be sitting in his condo in New York City, in his underwear, eating popcorn, watching Fox News, not sitting in the Oval Office, angrily tweeting about Fox News while also bombing other countries. That’s the danger here, but he understands that every perception he gave, every person he belittled and every staffer that he yelled at, all of them have a story to tell about him, and those stories are going to absolutely destroy his ego as well as the image that he has been projecting to his base since day one, and nothing is more damaging to Donald Trump than hurting his ego.